What the world needs now… 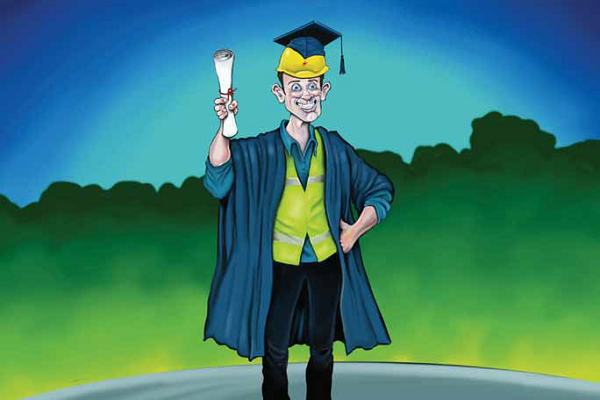 Universities and TAFEs must work together for the benefit of the country and the trades sector, writes James Tinslay. But, things need to change.

For all the talk over many years of higher education providers (i.e. universities) and vocational providers (VET) needing to work in unison for the benefit of school leavers, there is little to show for the rhetoric.

It may be a cynical view, but many associated with universities still look down their nose at VET and trade training. Universities would appear to be driven by dollars in terms of getting as many full fee-paying students as possible, especially those from overseas, mainly Asia.

There is ample evidence to suggest that the path a student takes after schooling is based on the socioeconomic group of their household and the school they attended. The Australian Tertiary Admissions Rank (ATAR) plays a major role, but is it useful?

There is an increasing number of training commentators and academics that feel that after 13 years of schooling the ATAR is inadequate on its own. Even universities are questioning the reliability and usefulness of the ranking.

Australians typically see universities as places for academically capable students heading towards professional jobs, while VET students develop technical skills for the trades. But this divide is breaking down as the skills required in the workforce are changing.

Many will not have heard of Dr Peter Shergold, who retired from public service as Secretary of the Department of Prime Minister and Cabinet. Before that he held many senior positions in government, many of them related to education. He is currently the Chancellor of Western Sydney University and he has been making comments about the need to integrate higher education and VET.

He believes that school qualifications should include whether a student has done training courses while at school and whether they had worked at the likes of McDonalds, etc. He wants the lines between university and VET to be more blurred.

In the real world, the distinction between higher education and VET is not clear, not important and could be said to be blurred. Currently, schools make a distinction between students who are destined for university and those who the school thinks should enter vocational training. This is a form of demarcation.

The Shergold report has been commissioned by the federal government to review senior secondary pathways into work and education and believes that schools are not caught up with the world young people are entering. An intriguing and encouraging quote from him is: ‘I don’t think it’s impossible in the next decade to have a situation where people leave school and, with flexibility and hopefully career advice, choose a variety of courses offered by TAFEs, universities and private providers and start to put together their own educational passports’. What a world that would be.

From an employer’s perspective, this would take some getting used to but as we all know, qualifications by themselves are quite useless as a gauge of employability, commitment and suitability. However, in a licensed industry in which electrical contractors work, the qualification is critical, but it is just the core and add-ons would be
welcome by many employers.

The Coalition government has some serious work to do with its state counterparts to get Australia’s tertiary education working well. The tertiary education sector of the future must allow students to move freely between VET and higher education and gain the skills and knowledge they need at different times in their working lives.

Women buck the trend in the Ausgrid ...