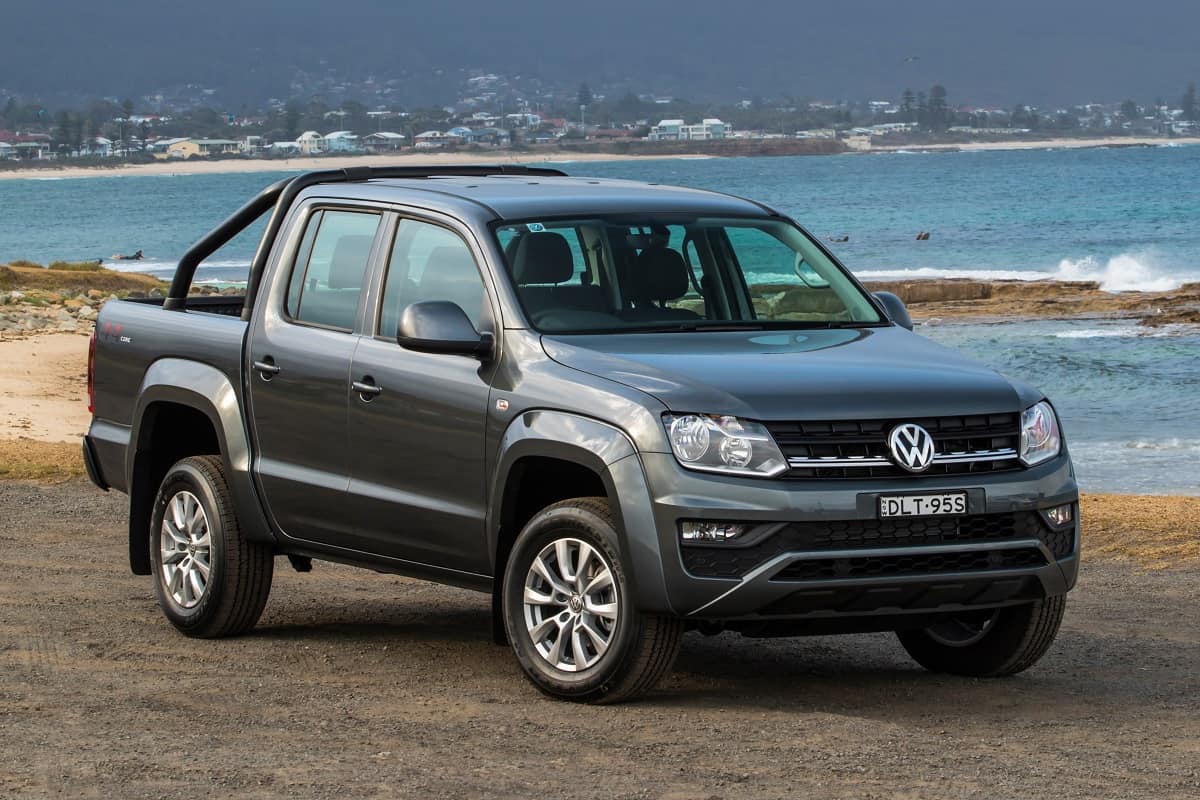 Volkswagen has quietly dropped the single cab version of its Amarok one-tonne utility, soldiering on with only the dual cab body style as the German brand recently upgraded the four-cylinder diesel range to bring it into line with the V6 TDI models launched late last year.

There are no mechanical changes but the six-speed manual gearbox has also been removed from the 4×2 line-up, leaving the eight-speed automatic as the sole transmission choice in the rear-wheel-drive department that now has only two variants – a dual cab chassis or dual cab ute, priced from $38,490 and $39,990 plus on-road costs respectively.

In a further cut-back to the range, the entry level 103kW/340Nm TDI340 single-turbo version of the 2.0L four-cylinder diesel engine has been deleted, leaving only the twin-turbo in service: the 132kW/400Nm TDI400 that combines with the manual gearbox and the gruntier 132kW/420Nm TDI420 paired with the automatic.

In explaining the changes, a Volkswagen Group Australia spokesman told us: “Essentially, we have streamlined our range to meet customer needs. The TDI340, for example, was a niche model that was predominantly sold to small fleets, like local councils.

“Because most customers in this space buy automatic models, we have decided not to offer the TDI340 engine currently.”

Priced between $41,990 and $50,490 (plus on-roads), the six-variant 4×4 range is now split between Core and Core Plus trim levels – Trendline has gone and Highline and Ultimate variants have become the exclusive domain of the V6 TDI twins – and all four-cylinder models benefit from a general technical equipment upgrade which includes a multi-collision braking system and ‘Composition Media’ unit with Apple CarPlay and Android Auto connectivity.

The new multimedia system includes a rear-view camera and rear parking sensors as standard on all 4×4 tray-back models, remaining optional on 4x2s and unavailable on cab chassis variants.

The revised front bumper design employed on the V6 models makes its way onto the four-cylinder Amarok range, while 4×4 models now come with heavier-duty closed-type undercarriage protection that serves to increase ground clearance by up to 34mm, depending on the variant.

Meanwhile, Volkswagen is planning to introduce a six-speed manual gearbox version (with selectable 4WD system) for the Amarok V6 TDI later this year, having launched the powerful 165kW/550Nm 3.0L turbo-diesel engine with an eight-speed automatic transmission and permanent 4WD.

The Australian subsidiary of the German manufacturer is also expected to add a rugged off-road-focused ‘Canyon’ variant to the V6 range around October, slotting in between the Highline and Ultimate models.