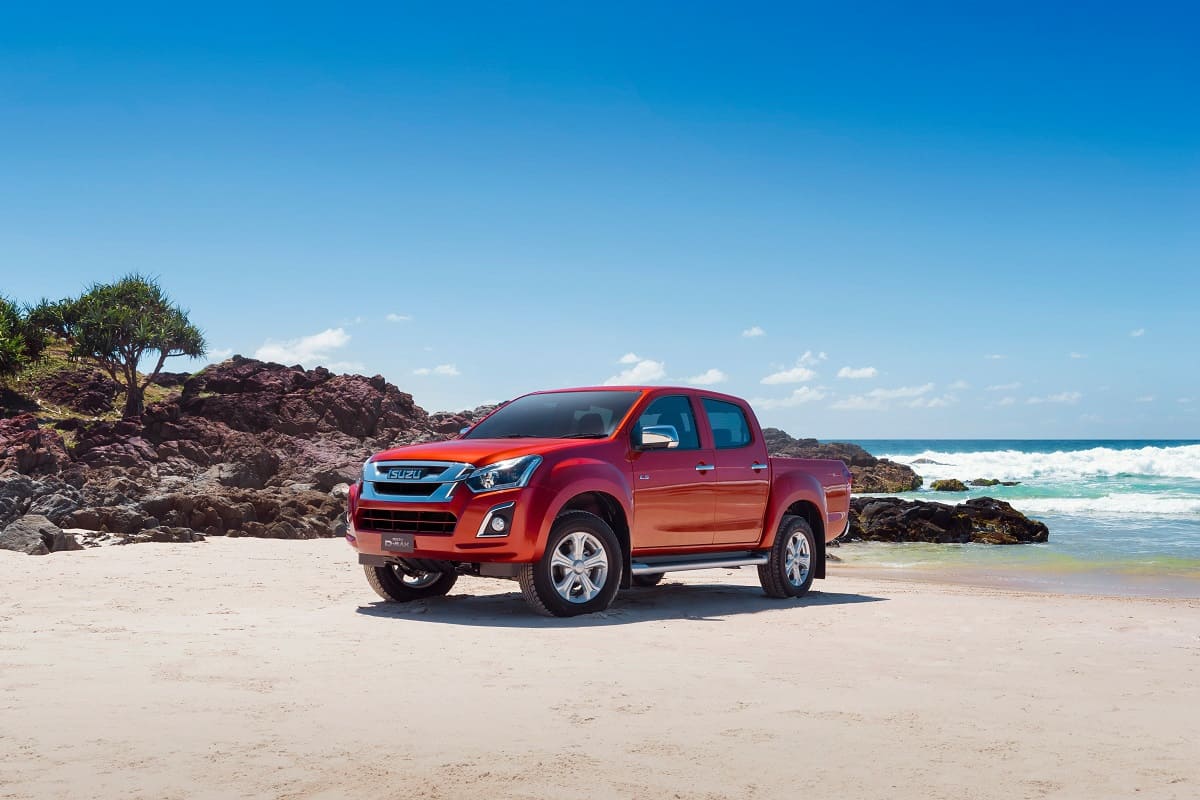 Isuzu Ute Australia has upgraded its D-Max utility for the 2017 model year, ushering in fresh styling, an equipment upgrade, improved cabin refinement and, not least of all, a powertrain and driveline overhaul which includes a new turbo-diesel engine coupled to six-speed manual and automatic transmissions.

Now compliant with the Euro 5 emissions standard and specifically designed for the Australian market, the new engine is the headline act of the latest series, still with a 3.0L displacement and maximum power of 130kW but with an extra 50Nm to ratchet up torque to 430Nm – available from a narrow band of 2000-2200rpm, although 380Nm (the previous maximum) is on tap from 1700-3500rpm.

The new 3.0 ‘4JJ1-TC Hi-Power’ engine – and the introduction of six-speed transmissions (up from five-speed units) – brings fuel economy improvements of around 5%, ranging from 7.1L per 100km on the official combined cycle for the 4×2 manual single cab chassis to 8.1L/100km for the top-spec 4×4 manual crew cab pick-up.

A newly designed differential also slots in to handle the extra grunt, while the cabin benefits from reduced noise, vibration and harshness (NVH) levels with the addition of new firewall insulation and screens between the front guards and the body.

Numerous styling changes come with typical claims of “rugged appeal” and “purposeful appearance” but also serve to improve the aerodynamics of the D-Max, which is not typically a strongpoint in this class of vehicle. Notable reference points are a redesigned front fascia, bonnet, headlights (with projector lamps and LED daytime runners for LS variants), fog lamps and, on the LS-T variant, new 18” alloy wheels with full-size spare.

Every D-Max, including 4×2 variants, now have hill-descent control fitted standard, providing an extra degree of control in steep country.

All LS model variants are now fitted with a reversing camera, while lower-series SX and EX variants have the safety feature as an optional extra – the former with camera compatibility in a new 7” touch screen display system and the latter making do with an interior mirror with in-built camera screen.

Other detail specification changes include a new 8” touch screen with built-in satellite navigation for LS-U and LS-T variants, while crew cab versions of the LS-M and SX pick up an upgraded audio system in conjunction with the seven-inch screen.

There are also now three USB ports in all LS variants, two in the front and one in the rear.

Prices have risen across the range, although Isuzu Ute says the equipment upgrade, improved mileage and reduced maintenance costs stemming from longer service intervals easily offset any sticker shock at the point of sale.

There are about two dozen variants across the current D-Max range, spanning single, space and crew cab bodies, cab chassis and ute rear ends, the two transmission and driveline choices, and the various model grades – from workhorse EX through to SX, LS-M, LS-U and LS-T.

A limited-edition X-Runner version was also created to coincide with the new series, celebrating a century of Isuzu automotive manufacturing.

Priced from $46,990 drive-away, the X-rated model has dark elements inside and out including gunmetal grey grille, alloy wheels and side steps, a black sports bar and under-rail tub liner, and, in the cabin, exclusive dark interior trim and two-tone red and black seats.

It also comes with climate-control air-conditioning and a reversing camera with rear park assist, while the exterior colour is limited to black metallic or pearlescent white paint.