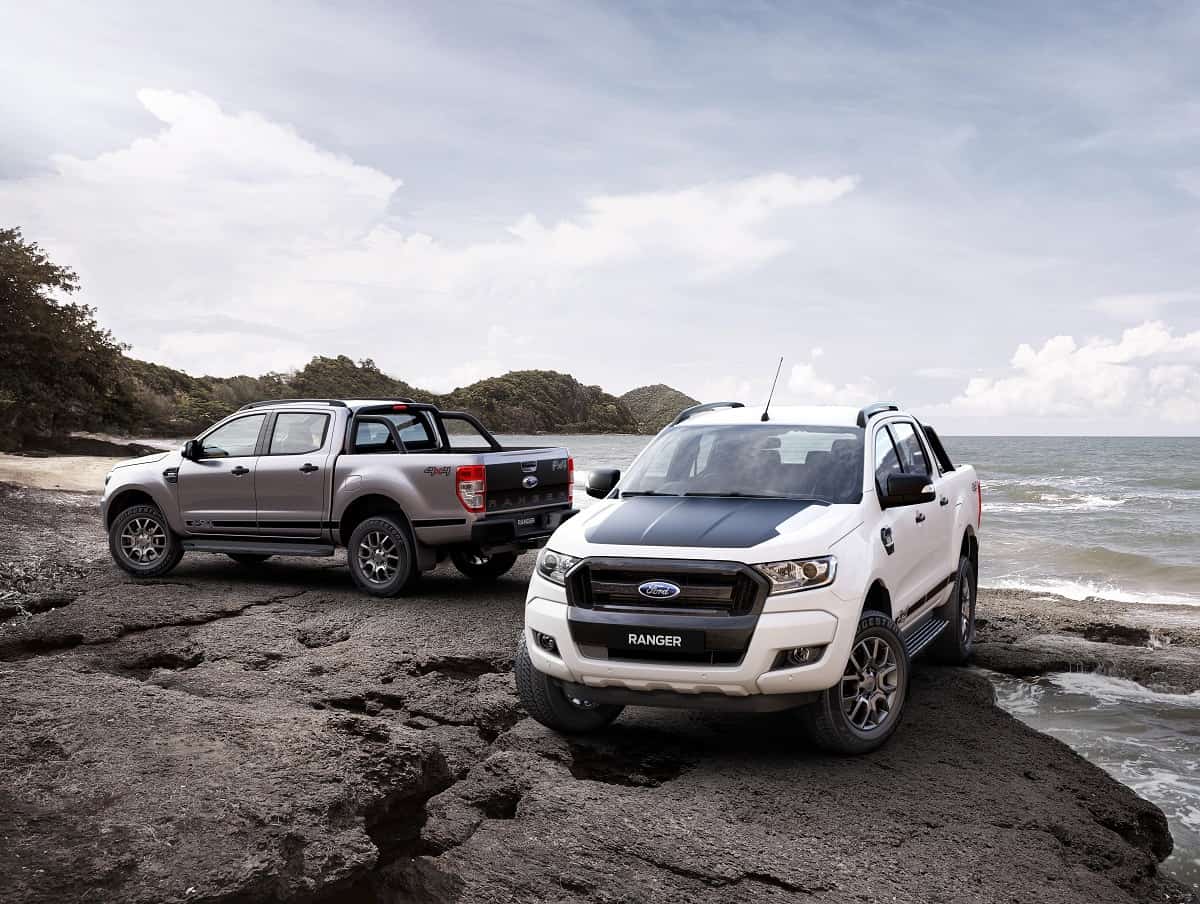 Ford has launched a dark and menacing special edition of its Ranger, dubbed the FX4, as the Blue Oval brand keeps the pedal to the metal in terms of marketing and sales for its volume-selling Thai-built utility.

Just as Ford top brass recently confirmed in Detroit that Australia would continue to drive development for the next-generation version of the Ranger and other vehicles built off the same platform (including a reborn Bronco SUV), the FX4 has emerged based on the current PX Series II and, specifically, the 4×4 XLT dual cab model with a 147kW/470Nm 3.2L five-cylinder TDCi turbo-diesel engine.

There are three exterior colours available on the FX4 – white, silver and black – but the directive was clearly to ‘paint it, black’ to set the vehicle apart in areas such as the uniquely designed grille, fog lamp bezels, exterior mirrors, fender features, the bonnet, tailgate, roof rails, sports bar, rear bumper, side steps and door handles.