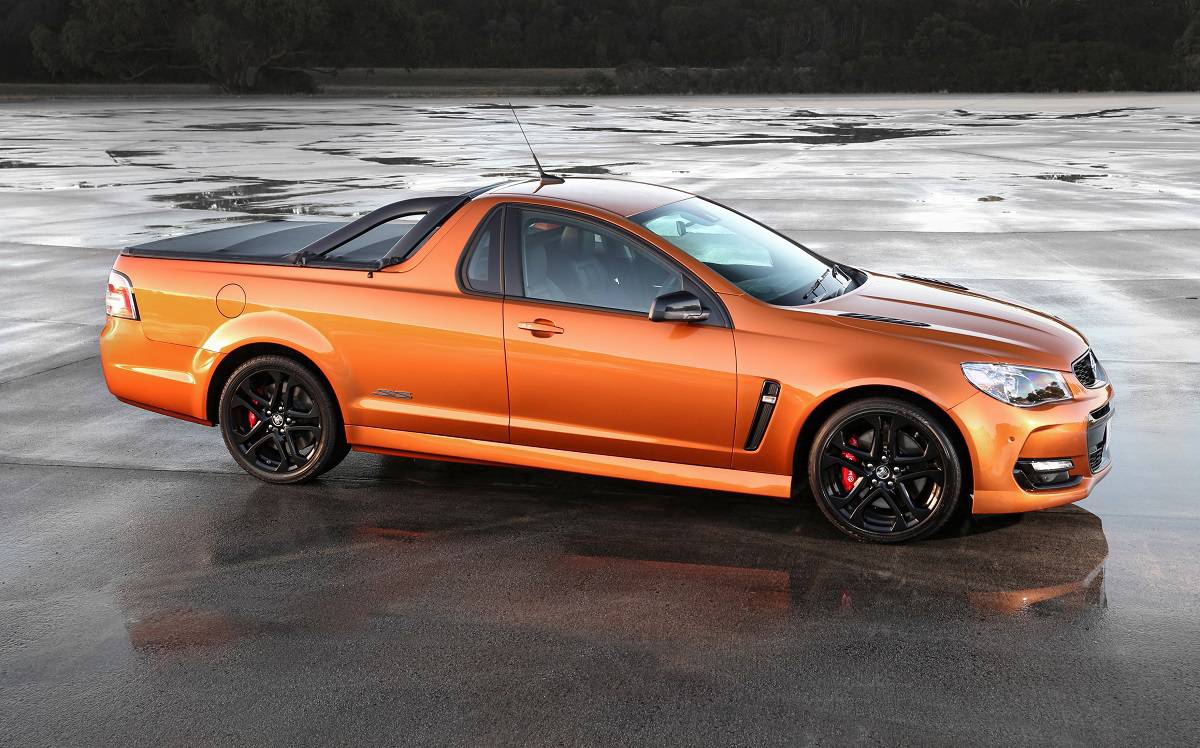 Holden is now building its final run of Commodores – including the ute – with the release of the 2017 VFII series that will take the lion brand through to October, when its factory in Elizabeth, South Australia, closes forever.

The last series of the unique Aussie-bred two-door tray-back includes a variety of cosmetic enhancements, including black accents and three new colours to the exterior palette (orange, green and gunmetal grey), as well as extra equipment such as a head-up display and satellite navigation on SV6 and SS.

The SV6 picks up black accent 18” alloy wheels while the SS has a newly designed set of 19” rims, and the SS-V Redline adds a number of fresh items including black grille, fender vents, exterior mirrors and daytime running light surrounds, a black sports bar, new ‘V’ sill plates and a jade black appliqué on the instrument panel and steering wheel.

This is the time to take particular note of ‘plus on-road costs’ as some customers have found that ‘dealer delivery’ charges have, in some instances, been ratcheted up at certain retail outlets, particularly with V8-powered models, as dealers take advantage of the hot demand and limited supply.