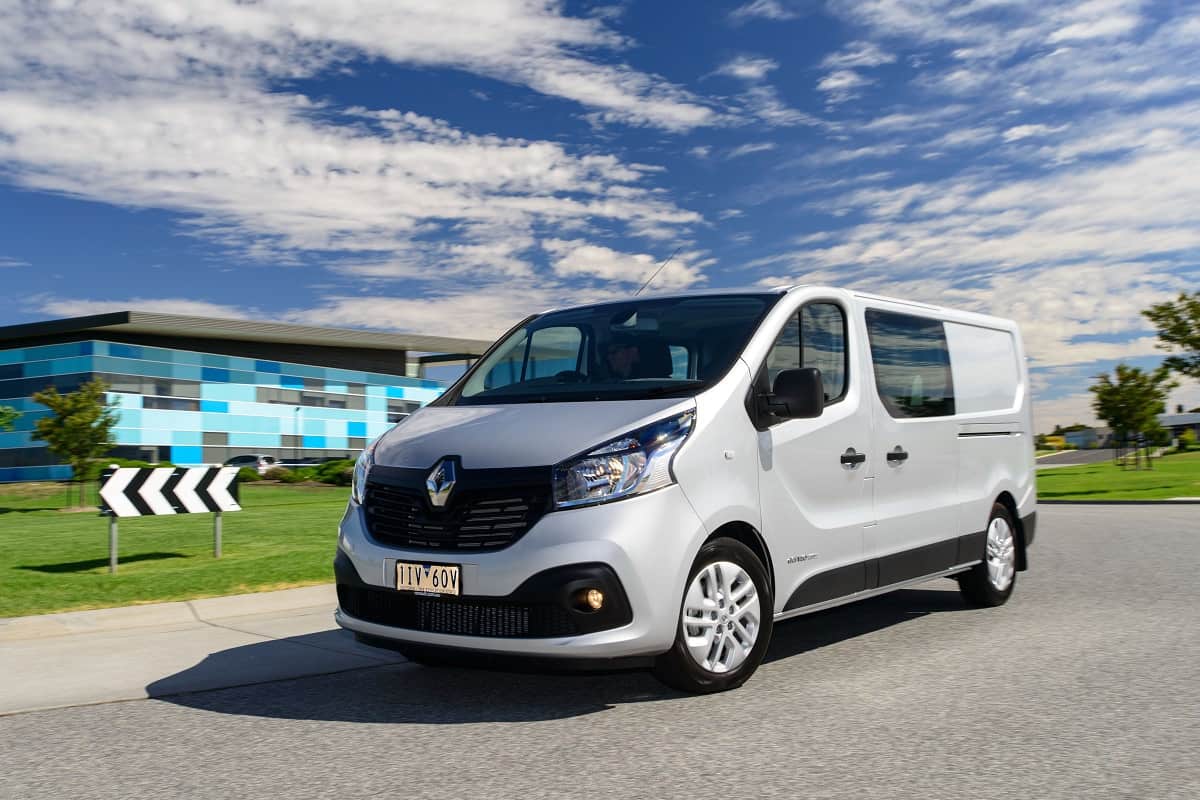 Renault has bolstered its Trafic range with the addition of a new six-seater Crew body style that adds an extra layer of functionality as well as high-level features to the mid-size van.

Pitched as an alternative to one-tonne dual cab utilities – at least until Renault gets its hands on its own ute, the Alaskan, which is expected in 2018 – the Trafic Crew is priced from $42,990 plus on-road costs at launch and can be up-specced with a $2490 ‘Premium’ pack or purchased as a fully equipped Lifestyle variant from $46,780.

The Crew is based on the top-spec long-wheelbase model, with the rear compartment featuring three individual seats – all with three-point seatbelts – as well as two 49L seat storage boxes, additional seat storage pockets and a 12V accessory socket.

There is also an integrated glazed bulkhead positioned behind the second row, upgraded door and roof trim, an anti-slip floor covering and dual glazed sliding side doors.

Power comes from the familiar Euro 5-compliant 1.6L four-cylinder twin-turbo diesel producing 103kW at 3500rpm and 340Nm of torque from a low 1500rpm, driving the front wheels through a six-speed manual gearbox only. There is no automatic transmission option.

Fuel consumption remains steady at 6.2L per 100km on the official combined cycle, despite the extra kerb weight that increases to 1822kg in Crew form, compared to 1736kg for the equivalent LWB van. An automatic engine idle-stop system is fitted standard.

Cargo capacity naturally takes a hit with the extra seating, now at 4m3 compared to six with the three-seat model. Floor length is 1740mm to the bulkhead (extending to 2423mm in some configurations), height is 1387mm and width 1662mm (1268mm between the wheel arches).

Standard equipment is typically high for this European workhorse, evidenced by a list of safety items that include front and side-impact/head-protecting airbags, reversing camera, rear parking sensors, automatic headlights/wipers, daytime running lights, fog lights at both ends (with a cornering function at the front), electronic traction and stability control, hill-start assist, and ABS brakes with electronic brake-force distribution and brake assist.

It also includes higher-grade treatment to the dash, including a laptop storage compartment, chrome and gloss-black trim detailing and a leather-clad gearshift.

On the Lifestyle variant, the rear windows can be opened, automatic climate-control air-con kicks in, access to the vehicle becomes hands-free (with Renault’s entry card system) and extra chrome and black detailing is added to the exterior.