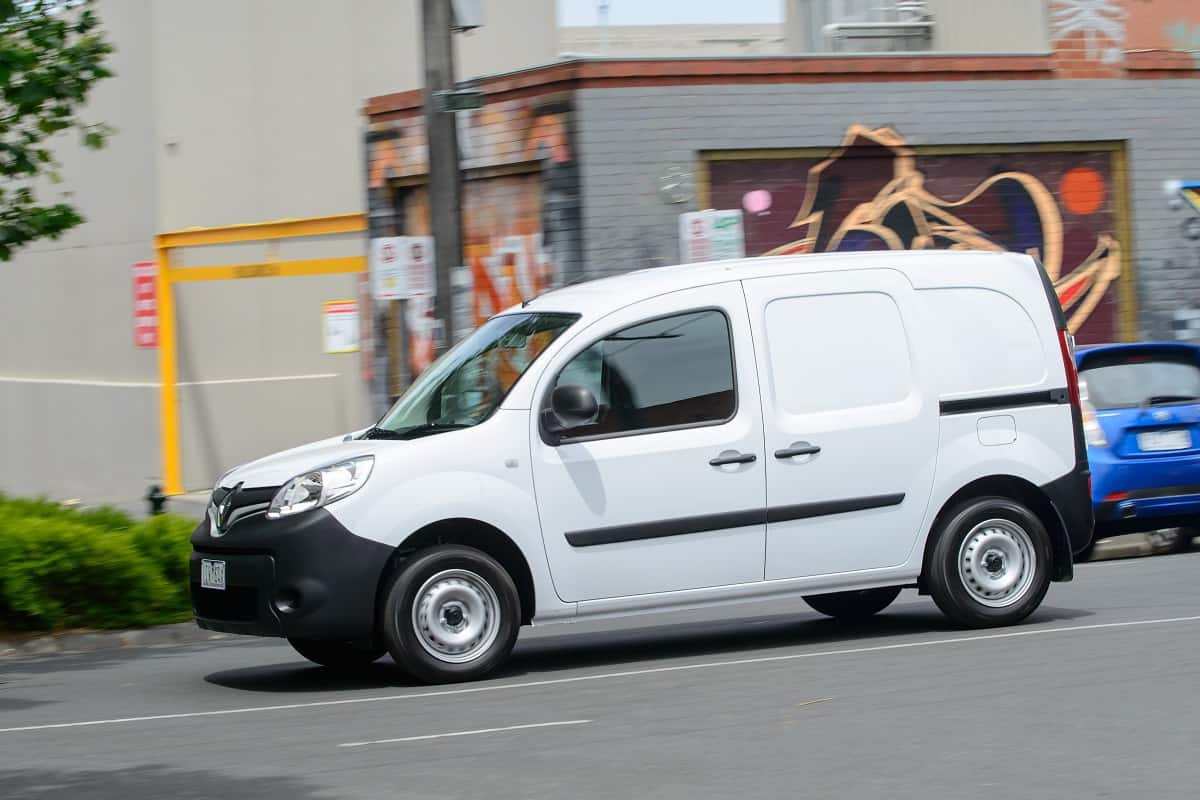 Renault has overhauled its Kangoo compact van range with the introduction of a smaller-displacement but higher-performance petrol engine – a 1.2L turbocharged four-cylinder that not only offers extra power and muscle, but lower running costs via significantly improved fuel economy.

Replacing the naturally aspirated 79kW/148Nm 1.6L petrol, the force-fed direct-injection 1.2L engine is a more advanced, all-aluminium unit that delivers 84kW of power at 4500rpm (1500rpm earlier than in the atmo 1.6) and 190Nm of torque from 2000rpm to 4000rpm – a broader, more useable spread across the rev range than before.

Renault points to the new engine’s light weight (-10kg), low-friction timing chain, variable-displacement oil pump, new Eco Mode function and, on the manual gearbox version, an automatic engine idle-stop system as key factors behind a 21% improvement in the petrol-powered Kangoo’s average fuel economy across the official combined cycle, down from 7.7L per 100km to 6.2L/100km when mated to the new six-speed manual transmission.

A six-speed EDC (Efficient Dual Clutch) automated gearbox with a manual shift mode is available as a $3000 option, offering faster shifts times (at 290 milliseconds, according to Renault) and lower revs at cruising speed, which in turns helps improve driving comfort, refinement and, not least of all, economy – now down to 6.5L/100km compared to 8.2L/100km with the previous four-speed automatic.

Renault claims that over five years and 100,000km, the fuel savings alone will make the petrol-powered Kangoo – priced from $23,490 plus on-road costs in manual guise – less expensive to own than the vehicle it replaces, which retailed for $21,990 with the manual and $24,490 as an auto.

An 81kW/240Nm 1.5L turbo-diesel engine remains available, though with a manual gearbox only and restricted to the long-wheelbase Maxi and five-seater Maxi Crew variants priced from $26,990 and $29,490 respectively.

Significantly, the new petrol powertrain for Kangoo – now dubbed the ‘Compact’ to denote its short-wheelbase status – also heralds a broader specification upgrade for these variants, with a variety of new features added including hill-start assist, Grip Xtend traction control, side airbags for the driver and front passenger, cruise control (with speed limiter), reverse parking sensors and a cargo mat for the load area.

Essentially, the new equipment brings the Compact Kangoo up to the same level as the diesel-powered Maxi versions.

As before, the Compact Kangoo offers 3m3 of load space in an area that measures 1476mm long, 1218mm wide (between the wheel arches) and 1251mm high. Access is made via dual sliding side doors and a tailgate. Rear barn doors are optional.

R-Link, the extra storage and glazed doors can be bundled into a newly developed ($790) Pro Pack.