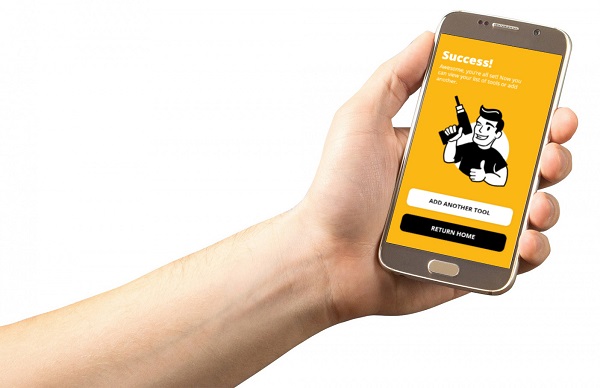 Thieves will find stealing work tools a little harder thanks to a Queensland mother of four who has created an app to foil their plans.

The idea was hatched after her husband Dan, a police officer talked about his frustration with how little could be done about stolen tools.

With the help of her four sons and their wives, Gayle released Tool Protect onto the Australian market in June this year which already boasts 2,300 tradies signed up.

“Police often come across rooms full of power tools but are unable to reunite these with their owners as they don’t often keep the serial numbers or an up-to-date list of their tools,” Gayle says.

“I just thought, tradies love their phones, they just need an app to make it easier to store details of their tools and report theft!”

“I wanted to catch these thieves who are ripping people off like my son, who also happens to be a tradie.”

Tool theft is a growing problem in Australia and the impact of the crime can be much bigger than just the loss of equipment; it can lead to the cancellation of jobs and claiming insurance can be a lengthy and costly venture.

“It will make stealing tools harder because the serial numbers of stolen tools will be available to police,” Gayle added.

“It will shut down stolen tools sold through second hand stores. I really want to make it harder for these grubs to steal equipment from honest and hardworking tradies – we want to be able to fight back.”

Tool Protect is available to download now for a free 12 month trial. After the trial, you can sign up for $28 a year.

Lace up and feel limitless with Oliver’s ...