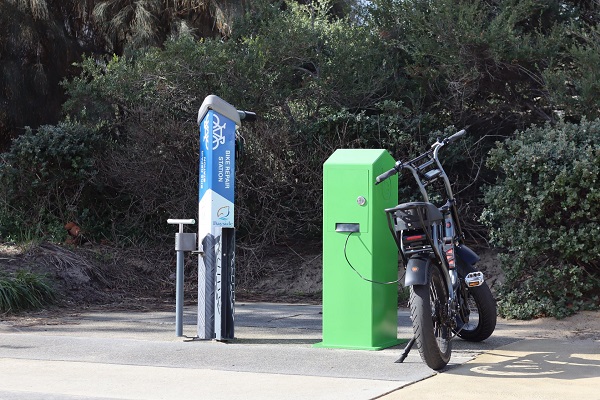 As Australian interest in electric bikes grows, more and more companies are venturing into this side of the market. Sean Carroll speaks with one manufacturer to find out more about the electrical side of things.

“For the last four years or thereabouts, we have basically seen a doubling of sales. We haven’t got the numbers yet, but we expect it’ll be about a 50,000 unit market for eBikes last year.”

We are aware that there was a 200% increase in ebike sales for the Jan to June period 2020 compared to the same period in 2019.

Peter points to a 2012 legislative change  by the federal government which finally made its way to all states and territory’s at the end of 2016,that allowed and enabled the importation of and more importantly use of 250W electric bikes.

One of the more recent entrants into this market is Blade Bikes, Australia’s only 20”, high performance, long range-electric fat bike manufacturer.

Designed for the roughest of terrains, including gravel, snow and sand, the Blade Bikes suit both rural and urban environments.

Brian designs each of the units with the bikes and other components all manufactured locally.

Given the nature of these bikes, they need to be charged. Brian approached Australian-owned electrical manufacturer ECD to create the charging stations for his bikes: the CP2020.

“When approached by Blade Bikes, the team at ECD set about developing a solution that would not only meet the level of functionality required but be readily identifiable as a Blade Bikes charging point, while remaining sympathetic to its environment regardless of location,” ECD product manager William Pearce says.

“We source materials from Australian suppliers so we can be sure of our products’ long-term performance in the field. With skilled tradespeople, our manufacturing processes are such to ensure long-term durability. We choose locally manufactured and applied finishes, used by registered applicators to ensure we meet or exceed the required Australian standards.”

The CP2020 is designed to work with any electric bike, regardless of brand, style or location and can be privately or publicly owned.

“I developed it to meet the demands of the tourism markets to provide battery charge for electric bikes in city and remote locations,” Brian outlines.

“Simply, they are installed remotely or into the grid and provide battery charging power for any eBike or eScooter on the market currently. There are two styles of charge point: solar and 240VAC.”

It can charge up to eight bikes at the one time, a decision Brian says was influenced by research into trails and bike tracks around the country. Depending on the make of the bike, it can take around four to five hours to fully charge.

The charger is also sturdy and rugged enough to survive in any environment, whether that is in the middle of an urban city, along the coast or near a local bush bike track. On top of that, it comes with a lifetime structural warranty.

“In The Netherlands, electric bikes are nearly 50% of the market, but as the Australian market continues to double year-on-year and grow, it’s going to become a much larger proportion,” he says.

With Blade Bikes investing in electric bike infrastructure and plans to continue doing so in the future, there’s progress being made towards a bike-friendly Australia.

“Our business goal at the moment is to create the largest eBike hub in Australia as well as making bikes easily accessible to everyone who wants to use or rent electric bikes in tourist-heavy areas,” Brian says.

Australia has a long way to go before we use these bikes as much as the Dutch, but investment in infrastructure across the country for recreational and everyday use is a huge step in the positive direction and on top of that, it’s adding jobs and opportunities to Australian manufacturing.

Switching it up: Going green with digital ...