Features
Home›Features›Switching it up: Going green with digital switchgear

Switching it up: Going green with digital switchgear 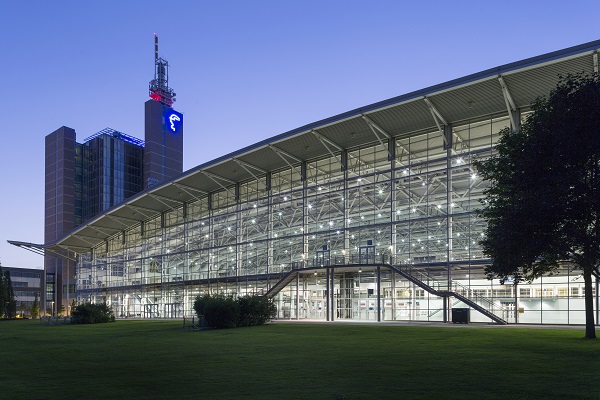 ‘Going green’ is a big priority for companies and Schneider Electric has taken a big step towards reducing greenhouse gases with its new digital switchgear. Anna Hayes found out more.

A great revolution is currently taking place in the area of energy provision, as renewable energy projects become more prevalent and efficient.

As fossil fuels take a back seat, the focus will turn to how our electricity is brought to the grid and, equally important, how it is distributed from there.

To that end, Schneider Electric is holding up its reputation as a global leader in sustainability with the introduction of the SM AirSeT, a medium-voltage switchgear which uses pure air and vacuum interruption instead of SF6, sulphur hexafluoride, which is a potent greenhouse gas.

The new solution has already won the Industrial Energy Efficiency Award from Hannover Messe, as well as an iF Design Award, and was among three nominees for the prestigious Hermes Award.

James Hunt is vice president of power systems at Schneider Electric and he explains that they see the future as being ‘E&3D’ – electric, decarbonised, digitalised and decentralised.

A coal-fired power station in Australia, he says, is typically 1,000 MW or even 2,000 MW. By contrast, solar plants produce 50, 100 or 200MW but are more distributed throughout the state or country. With growing trends in rooftop solar and batteries, James expects that between now and 2040, rooftop solar will grow from 10 to 20GW.

“What that means is that the energy system shifts from being one-way flow to being two-way flow, which is a very different prospect in terms of managing that grid. The other side of that is digitalisation – having control of the grid and flexibility, so you’ll see a lot more metering, a lot more automation and a lot more control.”

So what does the SM AirSeT bring to the table?

One of the main components of a distribution network is the kiosk substation that we pass by every day, probably hardly noticing them unless they’re in our way on a busy pavement. These units contain a transformer, a switchgear and low voltage.

“It’s basically the connection in the circuit to the distribution grid, and then it drops the voltage so that you can put into a building or industrial estate, etc. The switchgear contains SF6 which is very effective at quenching arcs, which is the electricity flowing between connectors. SF6 quenches that arc so you don’t get combustion.”

James points out: “There is an obvious potential impact and, clearly, we can’t keep using it in the future. At some stage, we have to make a switch and find something else. So what we’ve developed with our AirSet is a switchgear that fits in the same structure but doesn’t contain SF6.”

What the AirSet does use is the company’s innovative Shunt Vacuum Interruption (SVI) technology which is, basically, vacuum breakers and pure air insulation.

Other companies are also moving away from using SF6 but, unlike Schneider, are substituting SF6 for other gasses which could have their own potential environmental impacts in the future.

“Whereas with vacuum interruption and air, it’s as pure as it gets.”

Schneider has reported successful pilot projects of the new switchgear at numerous electric utilities including E.ON in Sweden, GreenAlp in France, and EEC Engie in New Caledonia, with more being energised on a regular basis including in private power networks for commercial and industrial applications.

The other central component to these new switchgears is digitalisation and the potential that brings for automation and monitoring.

“If you open one of these assemblies, you’ll see big bus bars that are obviously carrying a lot of electricity. What we’re starting to do now is deploying them with temperature and humidity sensors, and you can take a data stream from them. So you can measure, in real time, the temperature and then you can run analytics based on what the temperature logs and humidity logs have been within the unit and on each bar to determine what maintenance is required.”

This aspect of the assembly, the ability to monitor the efficiency of the unit, James says is a major selling point with many end users who want the convenience of having all of their systems connected. The challenge is promoting the value proposition of connected, smart technology with clients who may be pushing for what’s cheapest.

“There’s a piece that sometimes gets lost there on the contractors that are competing for these projects, being able to pitch the greater value and greater functionality for the customer. If you think about the asset, it’s going to be there for 20 or 30 years. If you watch the trends that are happening, of course you should put monitoring on it.”

And future trends dictate that digitalisation and monitoring will have a big role to play in energy consumption and control.

“Over the next few years, we’re shifting towards what’s going to be a two-way energy system, but also a two-energy market. That means customers, in future, will be able to reduce their load, or dispatch and put power back into the network and be able to sell that to the retailer, aggregator, or network itself. The capability is going to be that understanding of control and automation and flexibility in energy loads.”

All of this, as James says, ties into a much broader worldwide push towards clean energy and lower emissions targets. He explained that a climate coalition of Australia’s biggest companies has come together to focus on driving emission reductions in line with the Paris Agreement.

“In the absence of the Federal government committing to something beyond a 28% reduction, you’ve got New South Wales government committed to becoming carbon zero by 2050, you’ve got similar claims of similar ambition for Queensland and Victoria and, globally, you’re seeing this push. Things have really shifted and now you’ve got very large businesses saying ‘well, we’re the ones that can actually drive this forward’.”