The life and time of RCDs

With the introduction of arc fault detection devices, Gary Busbridge looks back on the history of the humble safety switch and explores the statistics that shows how effective they are.

Now that the 2018 edition of the Wiring Rules has introduced a new safety device, the arc fault detection device (AFDD), to protect against fires caused by arcing in damaged cables and poor terminations within an installation, it is important for us to reflect on the history of the good old safety switch. 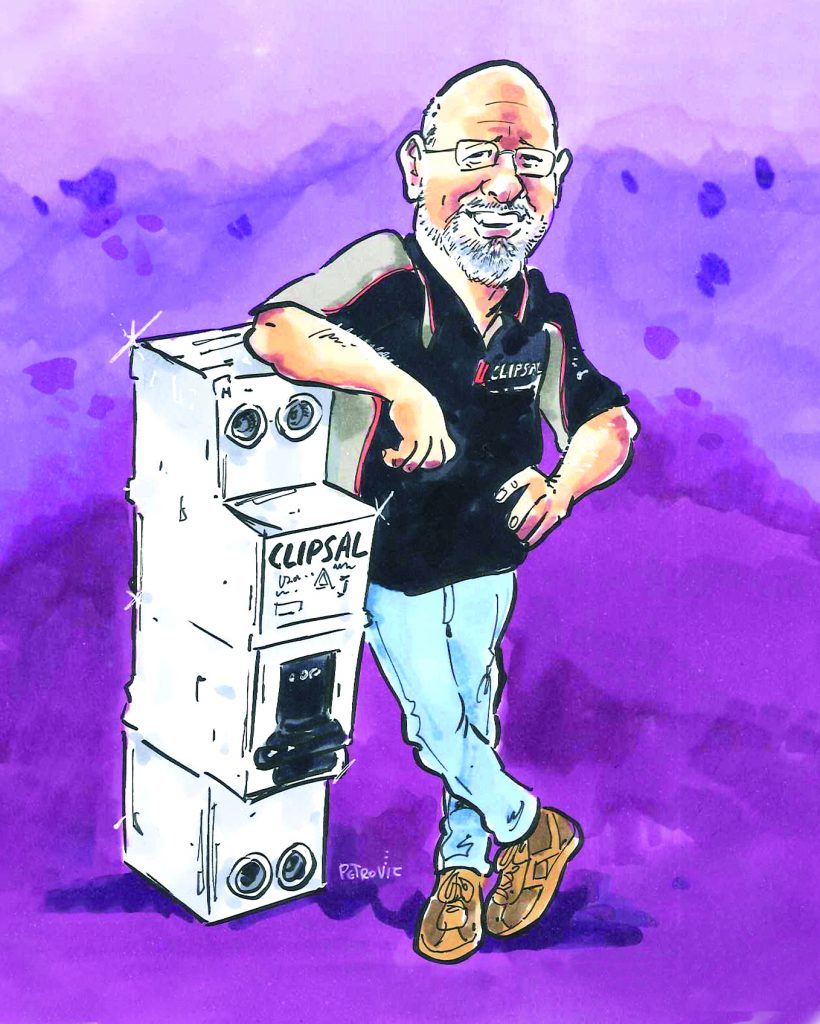 The residual current device (RCD), or earth leakage circuit breaker (ELCB) as it was originally known, has been around a while but only fairly recently made its mark on the Australian electrical industry. However, the dangerous earth leakage scenario within homes and commercial installations has all but been removed by its implementation.

Having been around the industry for nearly 45 years, I was personally involved in the initial discussions a UK-based circuit protection supplier called PDL-Wylex had in the early 1980s.

Who could forget the famous cricketer, Max ‘Tangles’ Walker and the Clipsal ad campaign in which he featured?

Tangles introduced the electrical industry to earth leakage protection and from there it took off. The industry grew accustomed to the ’terracotta range’ of devices. Some entrepreneurial contractors got into the swing of things by creating specific businesses placing the RCD on existing switchboards to protect the whole installation.

From these early forays the catchphrase ’safety switch’ appeared, and it is still used today.

Over time the terminology for earth leakage changed to residual current, in line with international standards terminology.
Some may remember the name Professor Biegelmeier, as it was bandied around in the early days of marketing the new technology.

Gottfried Biegelmeier received a PhD in Physics from Vienna University in 1949. He was in charge of R&D for low-voltage switchgear at Felten & Guilleaume (F&G), Austria from

1957. Here his research into electrical safety resulted in the invention of the residual current operated circuit breaker.

To determine the impedance of the living human body, much of the electrical testing was performed on himself. There were videos documenting his research that were quite unnerving.

This would have been a harrowing way to earn a living. Imagine grabbing live wires just to get an understanding of the effects of electricity on the human body! Many thanks, Professor Biegelmeier.
Actually, that’s not a bad segue into the statistics of RCD safety, but first let’s take a quick look at the introduction of safety switches into the Wiring Rules.

There was intense lobbying from industry to the standards association to introduce the new technology.

This was achieved in the AS 3000:1991 edition (of which there were seven amendments up to 1997) that allowed RCDs as additional protection.

But there were many exceptions included that provided an ‘out’ to using RCDs.

With the 2007 edition of the Wiring Rules there was further clarity on the installation of RCDs. This edition provided tighter requirements, such as needing a minimum of two RCDs on a switchboard, three sub-circuits at most on any one RCD and the sharing of light circuits across RCDs.

With this, the exceptions were reduced.

Then along came the 2018 edition and the stipulations on RCD installations were again greatly enhanced due to the technology’s fantastic safety track record. There is now a mandatory requirement for all final sub-circuits to be protected by an RCD.

In residential applications, whether power or lighting, final sub-circuits are to be protected by an RCD with no exceptions.

In non-residential applications, whether power or lighting, final sub-circuits up to and including 32A are to be protected by an RCD; however, there are a number of exceptions to the requirement which are based mainly on the avoidance of nuisance tripping of the RCD. For the final sub-circuits where the exceptions are used, overload protection and mechanical protection are mandatory.

Now to the statistics that make up the need for these incremental changes to our Wiring Rules in regard to RCD installation.

The Electrical Regulatory Authorities Council (ERAC) is made up of representatives of the different regulatory bodies from each state in Australia and New Zealand. This group has been instrumental in the discussion on the revision of AS/NZS3000, particularly so in 2018.

To take a simplistic line, the number of deaths attributed to electric shock over this 18 year period has reduced from 39 people to five. This reduction in no small part can be directly attributed to the rise in number of installed RCDs. (However, it should be noted that training and education have also played a role.)

Diving deeper shows that double the number of electrical deaths were associated with consumer appliances and equipment than with electricity supplier assets (250 compared to 123).

(Interestingly, 90% of electrical deaths associated with electrical supplier assets were due to working on or near energised overhead conductors. We all know you have got to be careful around power lines and that statistic backs that up.)

The number of deaths associated with consumer appliances and equipment shows that things aren’t that safe in the home, which is why the Wiring Rules committee has continued its push to include the installation of RCDs wherever possible.

Bear in mind that out of the five deaths in 2017-18, three of those were associated with consumer appliances and equipment. A word of warning; an RCD protects only against active-to-earth or neutral-to-earth faults so a direct active-to-neutral fault could lead to electrocution.

Now that all final sub-circuits in the home must have an RCD fitted, we have a safer outcome but it’s important to remember that there are many homes in Australia that were built before 1991 and these may still have an old fuse-board in play. Most certainly won’t have an RCD fitted.

Each edition of the Wiring Rules is not retrospective so it treats installations preceding it as electrically safe. Anecdotally, around one-third of homes could be unprotected by RCDs; one-quarter may only have their power circuits covered, with the rest having both power and lighting covered.

This is the dilemma that we face today: how do we deal with older homes and those non-residential installations without full RCD protection?

Is it time to put pressure on our states to legislate retrofitting of RCDs?

This is not a political piece and that’s part of the issue in response to those questions.

What can you, the electrician, do in the meantime?

Firstly, comply with the 2018 Wiring Rules and install RCDs on all final sub-circuits in new installations. Secondly, where you see an installation without full RCD protection put a case to the owner to fit RCDs and fix that outdated installation.

With the facts behind you, the owner may just see your way of thinking!

Behind bars: the technology of a jail ...