News
Home›News›The evolution of the PLC

The evolution of the PLC 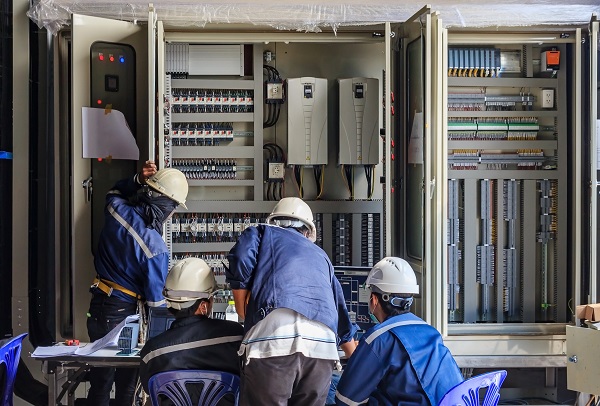 New Year’s Day is normally a day for setting resolutions and making plans for the year ahead. However, back in 1968, engineer Richard Morley was nursing a hangover and invented a controller that would revolutionise the automation industry. The programmable logic controller (PLC) was born — but how has it developed over the 50 years since? John Young, APAC director for global automation parts supplier, EU Automation, explains.

Before the PLC was developed, machinery was typically controlled using relays, which resulted in vast electrical cabinets at manufacturing facilities full of power and control relays in charge of managing equipment.

The PLC was born

However, in the 1960s the concept of computer control had begun to be incorporated into large global organisations as they sought to move away from the cumbersome relay setup — and the PLC was born. Since then, PLCs have enabled manufacturing and process industries to take control of applications and connect multiple components to one another, as well as the internet.

As functionality of PLCs has evolved, programming devices and communications have also developed, with the first Windows-based PLC programming software unleashing new opportunities as PCs could communicate with PLCs directly. This not only provided the opportunity to program, but also test and troubleshoot throughout the entire manufacturing process.

As PLCs have become connected to more devices, they are able to collect and process a huge amount of data and information — from sensor readings to monitoring motor torque and electrical interference. Nowadays, PLCs are incorporated into virtually all manufacturing and engineering equipment and it is even more important that those working in the industry have the skills and insight to work with and develop the system.

This is even more important as globalization has resulted in some organizations operating from numerous facilities, sometimes from multiple corners of the globe. PLCs that are gathering data from these sites must be collected and analysed in a central system, such as a Supervisory Control and Data Acquisition (SCADA) system.

The main trend for PLCs of the future will be the development of smaller and faster systems. However, due to the amount of data being processed, there is a clear need for stability and reliability regardless of whatever innovations are developments.

Some PLCs are already integrating historically high-end features and functions into lower end or entry level systems, while the decrease in cost and increase in size of solid-state drive (SSD) has increased the amount of local data storage that is possible.

Many also suggest that combining PLCs with motion control and human-machine interface (HMI) programming into one system will be developed over the coming years, while integrating enterprise resource planning (ERP) and other high level computing systems into the factory floor is not far behind.

Regardless of the process being controlled, monitored or analysed, PLCs make it simpler to ascertain the information needed to ensure everything runs as planned. However, with this additional insight, it is possible to simplify processes even further, by working with a trusted automation parts supplier so that should any part of the system fail, you are able to obtain replacement parts quickly and with ease.

So, whether you were out partying to the early hours or spending this New Year’s Eve at home, are your New Year achievements going to be as monumental and revolutionary as Richard Morley’s back in 1968?

SolarEdge is launching extended features in its ...

Blundstone get back on the job with ...