The City of Adelaide switches over to 100% renewable energy 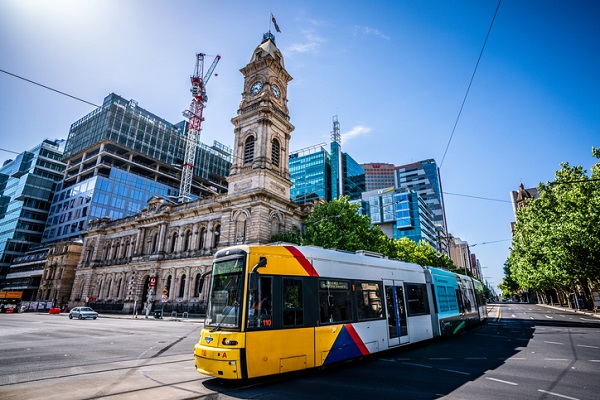 In a first for a South Australian Council, the City of Adelaide’s operations are powered by 100% renewable electricity as of 1 July 2020.

The council partnered with Flow Power in a long-term commitment that will support South Australia’s energy transition and foster the growth of renewable electricity generation and jobs growth in the state.

Adelaide lord mayor Sandy Verschoor says they were pleased to be flicking the switch over to renewables: “We signed this agreement at the end of 2019 and it is now ‘going live’. From 1 July, if it’s run by the City of Adelaide, it’s being powered by renewable electricity.

“This means that all our corporate and community buildings, council event infrastructure, electric vehicle chargers, barbecues in the park lands, water pumps, street lighting and traffic lights – everything that council operates – will be powered by renewable electricity.”

Sandy says that the electricity provided each year is equivalent to powering over 3,800 homes.

“The switch will reduce emissions by over 11,000 tonnes or the equivalent of taking 3,500 cars off the road. Electricity cost savings are anticipated to be in the order of 20% compared to the City of Adelaide’s most recent contract,” she says.

“One of the outcomes in our Strategic Plan 2020-2024 is for the City of Adelaide to be an environmental leader and we’re aiming to be one of the world’s first carbon neutral cities – switching all of our own operations to renewable electricity will helps us achieve these goals.”

The electricity will initially be delivered from Clements Gap wind farm in mid-north South Australia with two solar farms set to contribute around 25% of the City of Adelaide’s electricity supply when they are operational.

“We are happy to be a part of that momentum, which will also see the City of Adelaide support the delivery of new solar projects into the state and the energy market,” Flow Energy co-founder and director David Evans says.

“This is a long-term partnership, which will empower the City to fulfill its ambitious climate commitments and help drive Australia’s transition to net-zero.”

The city’s total solar power capacity is now 1.1mW, with systems on eight buildings that generate enough electricity to power 338 homes. On-site solar power is saving the City of Adelaide 12% in building electricity use and over a quarter of a million dollars per annum.

The people behind the green exit people