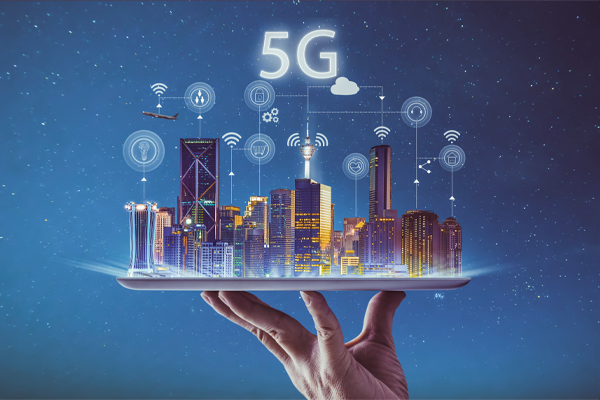 Major decisions about allocating radio frequency spectrum are in the works before the much-awaited introduction of 5G, writes Ross McGravie.

The hype surrounding 5G is expected to reach fever pitch in the months to come as a rollout nears, but important decisions must first be made to determine how it will proceed.

In the aftermath of the World Radio Conference (WRC) identifying the 26GHz band as one potential source of 5G spectrum, the debate centres on the allocation of radio frequency (RF) bands for wireless broadband services to unlock the enormous amounts of data throughput that 5G promises to deliver. In particular,  mobile phone companies are vying with satellite services for a slice of this lucrative pie within the band (24.25 to 27.5GHz) but perhaps also integrating the 28GHz and 37GHz frequency bands.

Now the Australian Communications and Media Authority (ACMA) has the unenviable task of determining how and when millimetre wave (mmWave frequencies) are to be divided between competing and complementary interests. Communications Alliance chief executive John Stanton sums it up succinctly: “It’s certainly a complex challenge to try to accommodate everyone’s aspirations and make some attempt to harmonise globally at the same time.”

The Department of Defence, for example, is discouraging spectrum sharing.

“Defence is of the view that the use of spectrum licensing … should be restricted to spectrum spaces where ubiquitous mobile broadband coverage is likely to be achieved, and where sharing with other services and applications of the mobile service is unviable,” Defence Spectrum Office director David Murray says.

NBN insists its SkyMuster service, which provides broadband access for more than 92,900 subscribers via 10 satellite gateways, has little scope for co-existence in the 27.0GHz to 27.5GHz frequency as the service is critical for health, education and other essential services for those with no other option.

Yet the Australian Competition and Consumer Commission (ACCC) says the increasing demand for spectrum and reduced interference mean the traditional approach to allocation may need to change.

“Spectrum should be made available in a way that is technology and service neutral to encompass the broadest range of potential future-use cases and that whatever approaches taken are flexible enough to meet the diverse demands of different providers,” spokesperson Clare O’Reilly says.

“This could mean a shift away from exclusive spectrum licences, where one operator is the primary licensee, towards new frameworks that facilitate greater spectrum sharing. Alternatively, exclusive licences could be issued with conditions to promote sharing arrangements.”

One issue complicating matters is that the business case for 5G is yet to be fully established, here and overseas.

“The extent to which there will be rapid adoption of 5G – given how capable 4G is – and what the usage characteristics will be like on the 5G networks, everybody is still speculating,” John says.

“History tells you it’s likely to be very significant, but is end-to-end 5G on mobile handsets going to become widespread in 2020 or is it going to be a few years down the track?”

Internationally, the wait-and-see approach adopted by India brings the debate at November’s World Radio Conference in Egypt into sharp focus for direction, particularly as 33GHz in total spectrum could be used. For one, the European Communications Code is awaiting the WRC advice as it aims to make available the co-ordinated 5G pioneer bands for its members by 2020.

In its 2018 report for the ACMA, Aetha Consulting found progress globally in the 26GHz band varies widely. South Korea allocated 2.4MHz for 5G in 2018, with Italy, the US, Canada, France and Germany also advanced in planning. Japanese regulator MIC chose the 28GHz band as its dedicated 5G band, with intensive testing starting in 2016.

Testing is under way in Singapore, Hong Kong, China, Sweden and the UK. Closer to home, New Zealand says short-term trials before 2020 are a possibility, but long-term rights will not be granted before 2022.

The ACMA is scheduled to release its draft 26GHz recommendations for the Communications Minister in the second quarter of 2019.

“There’s no doubt that this work needs to go on to make sure there is room for mobile broadband to expand (4G and 5G). It’s just a question of how many bands
you look at (at the same time) and … then find a way to satisfy the different players – either by giving them a dedicated spectrum or working on co-existence.”

If the situation seems unclear that’s because it is. John says the Comms Alliance “can’t claim to have a uniform view” as its members include terrestrially-focused
and space-focused operators.

“The satellite folks are quite clear in what they want – to keep the 28GHz band for satellite and for others to make use of the 26GHz and 37GHz for 5G, fixed wireless and point to point. The terrestrial folks wouldn’t necessarily agree with that … and are focused on making sure they have quality spectrum to move into. That argument is happening all around the world and I think we’re going to have a fascinating discussion and tussle when the World Radio Conference happens  in November.”

The benefits of 5G

What can be agreed upon is that 5G “changes the game” with its throughput (volume and speed of data transferral) and latency (response time).

“In terms of throughput, the human eye can interpret a data stream of around 300Mbps,” John says.

“So if you’re going to have virtual reality services that really look like reality, you need to be up around that mark. 4G can get above 100Mbps but it doesn’t get up into the stratospheric throughput speeds, so there’s a whole range of 5G services that are contemplated and many that are not even dreamt of that we’ll be able to leverage off that throughput.”

The low latency favoured by gamers would also have wide-ranging applications from driverless vehicles to robotic surgery.

“In 4G you’re looking at around 50 milliseconds of latency or delay. With 5G the belief is that will come down to 5 milliseconds or even less. So if you want a driverless vehicle operating on highways and in cities, the difference is significant … if you’re thinking about hitting the brakes to avoid a child crossing the road, the prospect of moving 40cm or 3m can potentially be the difference between life and death.

“Similarly with remote robotic surgery, low latency is what enables haptic response. That is when the surgeon is operating remotely, he or she will get feedback through their hands and effectively feel the flesh they’re cutting. That makes it a whole new ball game in terms of using remote surgery on a widespread scale and reducing health costs.”

There’s also network slicing, in which a slice of capacity can be dedicated to an individual user to create a private network.

Beyond WRC, the ACMA will be faced with the question of what services will operate on 5G and how they relate “to the Internet of Things (IoT), the creation of smart cities and all of those things that one hopes are going to be major drivers of economic activity”, John says.

How will it work

When introduced, 5G will rely on a proliferation of small cells as opposed to base stations on towers or atop buildings. One carrier, for example, envisages upgrading its 7,000 sites to 100,000, which may include laptop-size boxes scattered through urban areas.

“Everyone’s going to want the service but they don’t necessarily want the equipment that comes with it,” John explains.

“Quite apart from putting that box on a light pole, electricity pole or on the side of a building, you’ve also got to get fibre to it, which means trenching, cabling and so forth. We’ve been working with the federal government on how we create the environment in which networks can be rolled out.

“You’ve got to have more than a little sympathy for the ACMA. This is a hugely complex puzzle they are trying to solve. There are so many parties with something at stake.

“It’s not just the commercial community. The scientific community has major stakes in spectrum for earth observation or radio astronomy and there’s other powerful players like the defence department … It’s a real Rubik’s cube that the ACMA grapples with … and I’m sure the issues will be resolved one way or  another. It’s more a question of how well we harness the opportunities.”