Once a bank, this Victorian property has undergone an extensive refit while adhering to tough heritage guidelines. 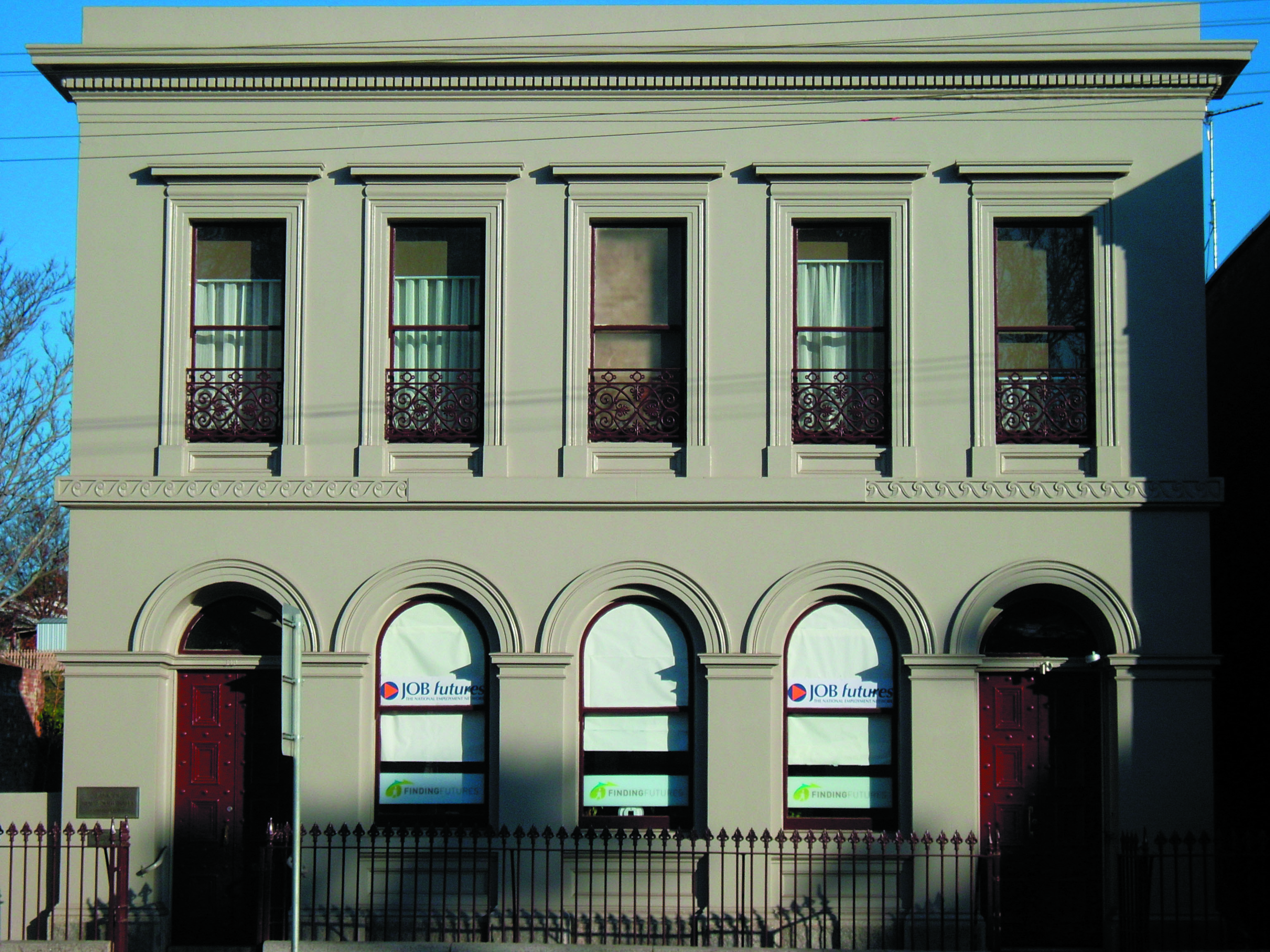 The national heritage register is an important system in ensuring the longevity of Australian history, but that shouldn’t prevent owners from bringing their homes into the 21st century.

For Clipsal Point One accredited installer Ian Corless and his company Zentec, balancing the past, present and future proved to be one of the greatest challenges of his career.

As a Point One member, Ian says half of all his business comes from the Clipsal-based referral system, including a heritage-listed former bank in Castlemaine, Victoria.

The owners of this erstwhile Bank of New South Wales branch inhabit the upper level and let the ground floor to an unrelated organisation.

“This project was a complete gut and rework,” Ian says.

“The building was without floors, doors and half of the roof for more than six months.

“It was good news for us that the building was stripped to such a degree, as we were able to achieve all desired outcomes, due to the complete replastering and new paint throughout.

“In a building of this age, and with such a comprehensive outcome required, the only way is through a complete strip-out.”

Ian says the heritage listing led to several issues during the installation.

“Part of the initial brief was for the HVAC, alarm and lights to be able to be turned on and off from a distance, as the client is often away overnight on business.

“But, as with most projects, as time went on the client learned what else was possible and the project brief began to change and grow.

“The heritage listing was still a matter we had to somehow get around. One concern was that all internal walls had to be rebuilt as lath and plaster (wood slats with cement render), which leaves a very uneven surface and no way to successfully fit flush speakers into it.”

The kitchen and bathroom speakers were installed in plaster bulkheads – which caused little trouble – but speaker placement in the lounge room was a different matter.

“Even though the building was stripped bare, there was an issue with the 600mm thick brick walls, particularly the one smack-bang in the middle of the property.

“And considering the solid walls and high ceiling, I had told the client not to expect miracles with the audio. But the result was outstanding – it surpassed my expectations, and the client’s.”

Ian used KEF speakers to complete the audio installation, having found them suitable for this kind of project in previous projects.

“We installed KEF ‘egg’ speakers on stands as the rear theatre speakers and KEF slimline surface-mount speakers on the solid brick wall above the fireplace as front speakers.”

The property has a Clipsal C-Bus backbone with Saturn switches throughout. It also has a Clipsal colour touch screen, Homesafe security with remote fobs, dial-in IP access, and thermostat control of the central air-conditioning.

The AV includes Sonance DAB1 multi-room audio with K2LCD keypads in the kitchen, master bedroom, ensuite and deck, and an iPod dock in the kitchen.

The lounge houses a Panasonic 50˝ plasma screen, Integra receiver, and KEF speakers and subwoofer, all controlled by a Phillips Pronto master remote.

“The light switches had to have back-boxes installed, and the wall surface also had to be rendered to get them to fit properly,” Ian says.

“There was a wall-chase in the face of the four fireplaces, and a large conduit installed and rendered in.

“After that we were able to feed the AV and power cable down the conduit for the screen.”

All things can be achieved with enough money, Ian says, but most of us don’t have an endless budget.

“It pays to talk to several different contractors when you know your project is out of the ordinary. There will be different opinions on what can be done – and also on the budget.

“But the builder and project co-ordinator plays the most significant role because, if they don’t manage the project well, it will show in the results.

“Overall, this was a testing project because of all the different issues in meeting expectations.

“I find it exciting to have a challenge. When it’s too hard for anyone else, we start from there.”