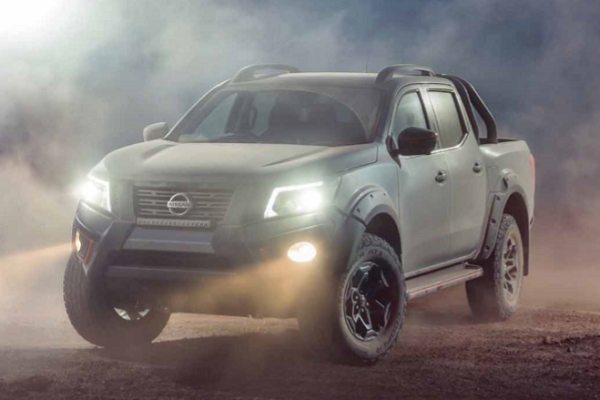 Nissan is working overtime to build up the standing of its Navara ute in the marketplace and its latest effort is a big one with the launch of an ‘N-Trek Warrior’ version of the dual cab developed in conjunction with Australian automotive engineering firm and low-volume vehicle manufacturer Premcar.

Previously known as Prodrive Automotive Technology Australia, and widely respected for its work developing locally built cars for Ford Performance Vehicles (FPV) such as the F6, GT and GT F, Premcar has diversified in recent years to work on a raft of vehicles for local and overseas companies, including Chinese and European manufacturers.

It also recently opened a new production facility in Epping, Victoria, where a dedicated assembly line now converts the N-Trek version of the Thai-built Navara into the uniquely Australian Warrior.

The Warrior is a new halo for the Navara range, positioned upstream of the standard $56,450 N-Trek at about $60,000 plus on-road costs – pricing was still to be confirmed at the time of writing – and bringing a tougher look and a host of chassis modifications to improve its ride and handling and extend its capabilities off-road.

Most of the mechanical work centres on the suspension, with the Warrior emerging with new springs and dampers that serve to lift the vehicle by 15mm. Coupled with newly specified 275/70 (32.2”) Cooper All-Terrain tyres that raise the ride height by a further 25mm, the Ranger’s ground clearance pushes up by 40mm to 268mm overall (unladen), making light work of tasks such as accessing difficult worksites and mounting 4WD adventures on the weekend!

Nissan says it opted for softer primary springs for improved ride comfort and offroad articulation, with a higher but more progressive secondary rate “to maintain composure and performance” – when cornering and when in tough off-road conditions, accounting for the vehicle being fully laden and towing.

New front and rear dampers are also fitted, specially tuned and featuring increases in outer tube and piston rod diameter – all in the name of better dynamic performance, particularly in the rough stuff.

In total, Nissan and Premcar claim that as well as the higher clearance, the mechanical changes bring a “better ride, better control in transient conditions, more control off-road, more stability during both laden and unladen handling manoeuvres and a better steering response”.

A reduction in noise, vibration and harshness (NVH) over rough road conditions is also promised.

Visually, the taller and wider stance delivered by the wheel, tyre and suspension changes is bolstered by a redesigned front end including a hoopless steel bullbar (in body colour) with an integrated 470mm LED light bar.

We also note the 3mm stainless steel front underbody protection, 17” black alloy wheels (down from 18” on the regular N-Trek to accommodate the larger tyres) and unique towbar crossmember and other underbody tweaks needed to fit the matching full-size spare wheel and tyre and accommodate the higher ride height.

Dark orange accents are applied to the redesigned fog lamp bezels, unique decals are included across the body and, inside, there are neat touches like specially embroidered front headrests and more dark orange highlights.

These are in addition to the carryover black and orange accented applications already seen on the regular N-Trek in areas such as the LED headlamp bezels, fender flares, alloy sports bar, side steps, wing mirror caps and roof rails.

The cabin, too, also includes partial leather seats (with heating), along with a variety of other high-level features befitting the price, positioning and Series 4 status of this new model.

Payload has, however, dropped from 917kg in the regular N-Trek (auto) to 724kg in the Warrior.

There are no changes to the powertrain, meaning the Warrior sticks with the familiar 2.3L twinturbocharged four-cylinder diesel engine that that produces 140kW of power at 3,750rpm and 450Nm of torque from 1,500-2,500rpm.

This combines with a seven-speed automatic transmission only – Warrior cannot be specified with the six-speed manual available elsewhere – and drives through the regular part-time 4WD system with dual-range transfer case.