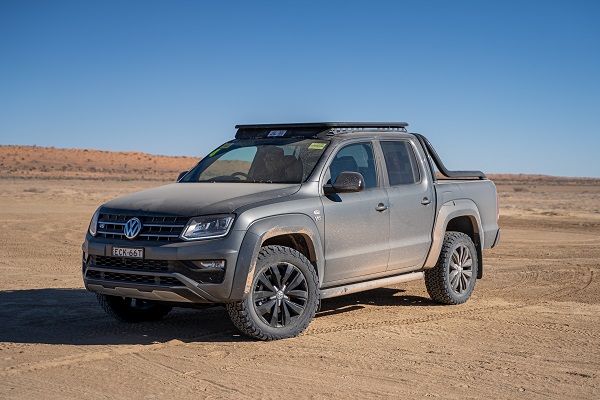 Volkswagen Australia has introduced a manual version of its V6-powered Amarok 4×4 dual cab, responding to customer requests – including from the trades – for a DIY transmission option for the high-output turbo-diesel that accounts for more than 80 per cent of the German brand’s ute sales.

Priced from $49,590 plus on-road costs, the six-speed manual version of the Amarok TDI500 V6 Core 4×4 is positioned $3000 below the equivalent eight-speed ZF automatic (TDI550), making it the most affordable V6 turbo-diesel dual cab ute in the range – and on the entire new-vehicle market.

Unique to the Australian market, and reflecting the weight Volkswagen Group Australia carries as the number one export market in the world for the V6 Amarok, the TDI V6 manual with low-range transfer case is specified as a Core to suit tradespeople and other target buyers such as off-road enthusiasts looking for a basic, but still generous, spec.

It does a lose a bit in output terms, producing the same 165kW of maximum power (up to 180kW on overboost) as the automatic version but 50Nm less torque at 500Nm – hence the TDI500 branding rather than TDI550 – and also drops back 500kg to 3000kg for its braked towing capacity.

Full specifications were still to be revealed at the time of writing, but the engine compares favourably to the only other Amarok manual available, the TDI400 2.0-litre four-cylinder twin-turbo diesel that musters 132kW/400Nm and is priced from $44,590 (or $43,090 as a cab chassis).

The Core is far from a stripper model but has a hardwearing rubber floor in lieu of carpet and misses out on largely cosmetic items like body colour matching for the exterior mirrors.

Safety features are largely emulated across the V6 range – covering frontal and head/thorax airbag protection and a wide variety of electronic braking and traction systems – and ticks many of the boxes in other areas with the standard inclusion of air-conditioning, cruise control, multifunction trip computer display, and 6.33-inch colour touchscreen infotainment system with Apple CarPlay and Android Auto smartphone mirroring, Bluetooth, voice control and more.

The Highline Black is also member of the TDI580 club (as seen on Ultimate but not the regular TDI550 Highline), meaning it uses the top-line version of the V6 TDI good for 190kW (200kW on overboost) and 580Nm. It drives through the ZF eight-speed auto and VW’s 4Motion permanent 4WD system.

The Canyon has also returned as a V6 in TDI550 guise and, according to the car-maker, stands as “more than just a ‘sticker pack’ special edition” with a broad range of equipment highlights including bi-Xenon headlights, dark-tinted tail lights, 17-inch ‘Aragua’ alloy wheels, black wheel arch cladding, a black rear bumper, unique door and tailgate decals and Canyon-branded seat trim.