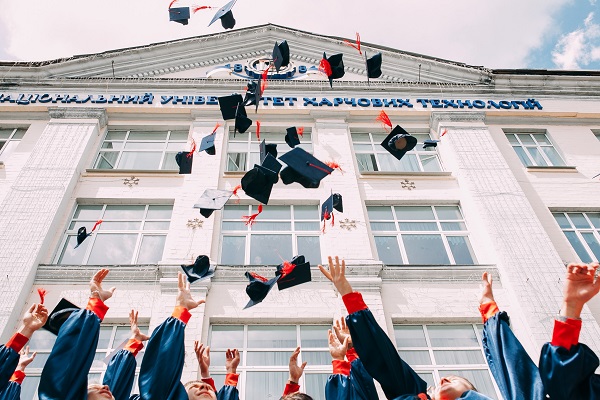 Parents need to understand that university degrees don’t guarantee success, and there is data to back this up. James Tinslay explains.

It is an unusual moment for the headmaster of one of Sydney’s most prestigious private schools to be quoted in this publication supporting trades. But nonetheless, Dr Timothy Petterson recently stated: “We would not get as many boys going into trades as I would like to see,” and “I’m pretty confident (artificial intelligence) won’t replace plumbers.”

The Shore School on Sydney’s lower North Shore is a bastion of privilege, if you believe some commentators. But regardless of what you believe, when the headmaster of such a school says the above quotes, it’s important to take note.

Further, he acknowledged that most of his high socioeconomic parent body feel that anything less than a university degree amounted to failure but that that notion was a “complete fallacy”.

Like me, I suspect most readers of Electrical Connection would agree with this view. In fact, I believe the electrical contracting industry, NECA and the state and federal governments also agree and have put a lot of money and effort into trying to reverse the misconception about degrees.

So how is it possible to show that for some, a degree does not live up to the hype?

Many readers will be familiar with the TV documentary Seven Up!, which was first shown in 1964 and has since followed the lives of 14 British children, who in 1964 were seven years old.

Instalments of the series were screened every seven years and the most recent instalment, 63 Up, was released only recently. It is a stunning look and silent commentary on what little effect wealth or poverty in childhood has on life outcomes.

Studies like these are called longitudinal studies and while more modest and immature, Australia has just released data in the form of Life at 24: Then & Now.

This study uses data from the Longitudinal Surveys of Australian Youth (LSAY) to provide a snapshot of how study, training and work have changed for Australians aged 24 in 2018 when compared with those of the same age in 2008. As they say, 10 years can be a long time.

While this survey is quite lengthy and complex, there are some highlights that are not encouraging. Today’s young people are becoming more qualified with higher proportions obtaining a bachelor’s degree or postgraduate qualification than ever before. What that means is that these people are entering the workplace at a later age with higher qualifications but not necessarily a job. From the vocational sector, it was positive to see that 18% of 24-year-olds hold a Certificate III
or IV compared to 16% 10 years ago.

While it is not easy to dig down into the data, I suspect that the Certificate III increase does not come from the core and well-paid trades such as electrical and plumbing.

In terms of employment in 2018, there are only 64% employed full-time as compared to 71% just 10 years ago. Attitudes of millennials and social change may account for some of that and now only 53% of these young adults are sure that the job they have is what they want to continue doing with their life. That is a significant drop from 10 years ago.

There are many worrying outcomes of this survey, but the final one to be mentioned here is a shortage of money. Ignoring any social overtones there has had been a significant increase in the number who needed to borrow money from family or friends, couldn’t buy essential things that were needed and couldn’t afford to get medicines or go to a doctor.

It may be a sweeping statement, but I do not imagine that many young people who entered an electrical trade 10 years ago and were surveyed as a group now, would have been in the position of those in the broader group. It goes without saying that I think a significant majority would be far better off and sure of what they wanted to do with their lives.