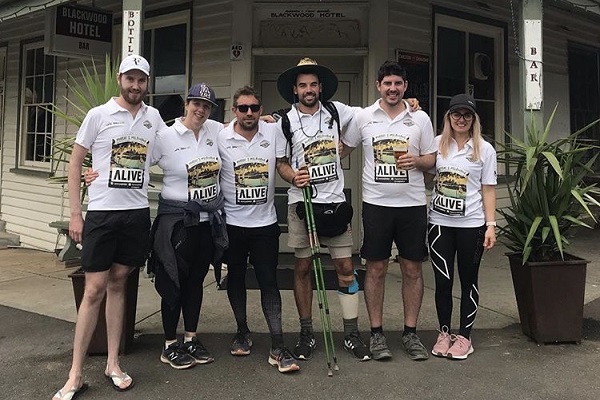 After a miraculous fall that nearly ended his life, Jacob Pearce is doing all that he can to improve the mental health of young people in Australia. Sean Carroll reports.

In October 2017, Melbourne electrician Jacob Pearce was intoxicated at a party in the city and accidentally fell off the 24th storey when looking over the balcony. He fell onto a restaurant below which somehow managed to break his fall enough and he woke a few days later from a coma.

Once recovered from his injuries, Jacob, who has battled depression and anxiety from a young age, saw his miraculous survival as a wake-up call that he needed to do something.

“I knew I survived for a reason and I knew I had to give back. But I didn’t know how,” he says.

“About 10 months after my fall, I lost a family member to suicide. It devastated me and my family and I knew that this was the moment for me to smash the stigma of mental health.”

Over the next few months Jacob began telling his story, opening up about his struggles and encouraged others to follow suit. In doing this, he teamed up with the Alive Project, a community-driven organisation that aims to eliminate youth suicide and provide information to Australian youth.

“My original goal was to raise $10,000, which was going to kick-start these programs in Victorian schools. After campaigning for months, walking from the Murray River to Melbourne (375km) in nine days with around 50 different people at different stages and finishing at the Port Melbourne Football Club to a massive homecoming event of 300 people, I managed to raise $90,000,” Jacob says.

Mental health issues are quite common in the construction and trade industries but with initiatives such as the Alive Project combating the issue, there is definitely progress being made in the area.

Still on the tools five days a week, Jacob hopes to one day see an improvement in the mental health of people working in trades.

“The construction industry, even these days, is predominantly male and there is still a stigma with mental health issues. Blokes still find it difficult to speak up when they are doing it tough,” Jacob explains.

“Being open and honest was the best thing for me. As soon as I spoke up about my issues, it was a huge weight off my shoulders.”

Jacob likens it to the common cold or flu. Mental illness is like any illness and as we open up more and talk about it, as we would the flu, we can then start working towards fixing the issue.

While he has been able to fundraise so much for the Alive Project, Jacob’s hoping to one day share his story with more construction workers and trade companies.

Earlier this year, the federal government spent $2 million dollars on local initiatives and organisations in Victoria focused on helping tradies’ mental health over the next four years.

“It means a lot to see the government finally recognising mental illness and making an investment for our future. With the amount of suicides and attempts increasing each year, in my opinion, it was the only option,” Jacob says.