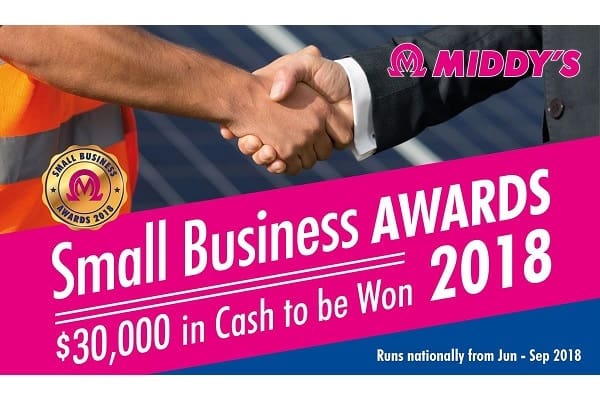 Named in honour of the late second-generation Middy’s Director, the Nick Middendorp Small Business Awards have been established to assist small electrical contractors improve business sustainability and increase their ability to plan, manage and respond effectively to growth.

Middy’s Data and Electrical started out as a small business itself back in 1928 with founder, Petrus Cornelis Nicholas Middendorp selling light globes, vacuum cleaners and other electrical products in Melbourne. In the 1940’s, the company began manufacturing assorted Bakelite electrical goods and rubber plug tops, from a warehouse in the Melbourne suburb of Preston with teenage sons Peter, Nick and Hugh joining their father in the business.

Nick Middendorp’s first role was that of a travelling sales rep visiting local building sites and electrical contractors.  As the business transitioned into wholesaling, Nick and brother Hugh were instrumental in growing Middy’s into the largest independent family-owned electrical wholesaler in Australia.

Nick’s son Anton Middendorp, Director of Middy’s, says the Small Business Awards have been established to celebrate my father’s legacy and to continue the tradition of what he did best: give back to the industry that was his passion.

“Dad’s philosophy was centred around working with small businesses and, being part of a family- owned company himself, he understood the difficulties of this first hand,” says Anton.

“Our industry has changed a lot over the years and that brings with it both challenges and opportunities that are hard to keep pace with when you are a small business. The Middy’s Small Business Awards are all about providing a helping hand to our customers and their families and recognising the incredible effort they put in on a day-to-day basis.”

Middy’s is providing four winners with a $5,000 award over the course of June through to September. An additional $10,000 cash prize will be awarded to an extra-deserving participant to be selected from the four winners announced at a special awards function on the 9th of November.