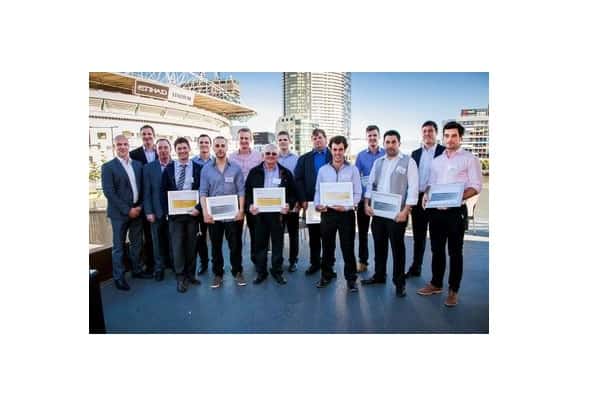 A Kyabram-based local business has won a Middy’s Small Business Award and a $5,000 cash prize.

Brady Electrical, owned by William Brady, services the local community of Kyabram and the neighbouring towns in Victoria. Since its inception in 2015, when William and his apprentice worked from his backyard shed, the team has grown to four, with a new apprentice set to start in January next year. Although the company has shown graceful succession over the last four years, it has also felt the recent economic slump, restricting cashflow and upscaling capabilities.

Winning the Middy’s Small Business Award has provided some much-needed relief for the company and the cash prize will be put towards necessary maintenance for tools and office improvements.

“I am really excited about this because we’ve got a half-completed building and it looks horrible,” says William.

“But, I can see the vision of what it is going to look like when it’s finished. This money is going to be a massive kick-start. It has blown me out of the water; It was really, really unexpected.

“I deal with a lot of different wholesalers. I may have a few different wholesaler accounts for various things, but Middy’s really are there to help the local contractor out. That is the biggest reason as to why I put the majority of my business through them.”