The new range of electrical accessories from HPM Legrand are so simple to install that even an overweight journalist from New Zealand can do it. 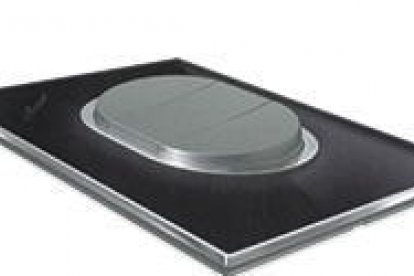 I am not an electrician, nor am I a custom installer. The extent of my electrical knowledge comes from three-and-a-half years of putting pen to paper for Connected Home and its sister publication Electrical Connection.

But this, as it turns out, was one of the primary reasons I was invited out to the Sydney-based headquarters of HPM Legrand to review the electrical component manufacturer’s new range of switches, Arteor.

So confident were they that after just a 10 minute Powerpoint training session I would be able to wire and program a complete lighting control system that it was too good of a challenge to turn down.

Arteor (a combination of two French words: ‘arte’ meaning ‘art’, and ‘or’ meaning ‘gold’) is a range of switches, GPOs, data points, AV outlets, and wireless and wired home automation systems designed in France, Italy, Asia and Australia and is being launched in 40 countries.

Australia’s input into the design process was to make the range more appropriate for the Australian/NZ markets, which use smaller switches, as well as different sockets.

After two years in development, in what is their largest release of electrical accessories in several years, the company is now set to unleash 650 product lines in one hit.

But will it find a place in the Australian market? HPM Legrand is currently in second position in Australia, and chief executive Giuseppe Parola says the company needs to find a point of difference in order to challenge the leader.

“As a company that is leading the global electrical industry, every few years we need to renew our offer. In the Asia Pacific region we used to have a range called Mosaic, which was 10 years old and was starting to show its age,” he says.

“The idea behind releasing such a large range of electrical accessories is to offer the Australian public more value to what is considered a very commoditised item – a switch.

“Switches are usually seen as more of a functional item than piece of art or technology. The idea behind the Arteor launch is to provide a choice to customers because, as is the case with cars, people probably don’t all want the same switches.”

Giuseppe explains that, in Australia, end users ask for functionality and not the brand of switch.

“We no longer want people to say they want a light switch or a dimmer, but that they want a Legrand,” he says.

“Through Arteor, people will no longer see a switch as a switch, but as a piece of art. It means they will start to link a value to the switch, disconnected from the function, connected to desire.

“We truly believe the Australian market is ready for this, it is just that it’s not yet aware of the choice.”

Perhaps one of the largest barriers facing Arteor, however, is the scepticism and unwillingness of established installers to try new products.

“With contractors, if you have not converted them to your product by a certain age (around 30) the window of opportunity for new products closes fairly permanently. They memorise the codes of and are loyal to one product or one manufacturer. This is not just an Australian problem – it happens everywhere. They just don’t want to know about new products.

“As a result, we find there is a greater interest among young installers for new products. They are more
design conscious, curious and open to new ideas.”

Giuseppe explains that the mid-end segment of the Australian market is under developed, at least more so than other countries, so “we believe there is a large potential market for these products.”

“We have brought differentiation to a monotone market. White plastic light switches have reigned supreme and it is hard to change these habits,” he says.

“But we believe this range to be the first to cover all aspects of the price and technology spectrum in a single range. The switches start at $3 per plate to $120 per plate.”

Giuseppe compares the new range to the iPhone: “You’ve got the balance of design and technology, and with Arteor we’re following the same trend.”

The Arteor range is available in 17 different finishes, including brushed metal, wood, leather (both cow and galuchat/stingray) and woven metal.

The range features standard Australian and European-style switches through to dimmers and touch panels, so it also acts as the perfect entry into the home automation market for your average electrical contractor.

“We have a study that shows that 80% of the market is looking for a simple home automation system.

“The home automation/custom installation market in fact ranges from a very low price engagement with electrical accessories (people willing to spend few hundred dollars) to the top end where just 5% are prepared to spend $20,000 for current customised systems. The remaining 80% is in the market for a $5,000 system which is where Arteor can meet the demand. ”

How did it go?

Back to Sydney and my training session was conducted by Giuseppe and automation systems product manager Curtis York, and it was exactly what they said it would be: a 10 minute slideshow and then away I went.

The practical element was set up like a game. Three panels were used – a distribution board with relays, a wall of switches and a blueprint of a house, complete with active LEDs. The objective was to wire and program the switches to the relays, which would in turn operate the LEDs.

Wiring the Arteor system consists of only five components – a power supply, relays, dimmers, controller and a cable.

From the outset I can tell you that the new range of switches and accessories buck the trend when it comes to programming. So many manufacturers are turning to computer software to program lighting systems, however Legrand has embraced a much simpler ‘plug and play’ approach. Yes, you can still use a computer, but the ease of its configurator-based system makes it largely unnecessary.

The advantage of the system is that it is scaleable but works on a single platform. You can start off with a single application, lights for example, and then add to it.

In total, the ‘game’ took four hours to complete, most of which was spent on trying to figure out how to use a screwdriver.

So what does this mean to an installer? Well, if someone with no experience can figure it out in a few hours, you should have no trouble at all.

And the winner is …