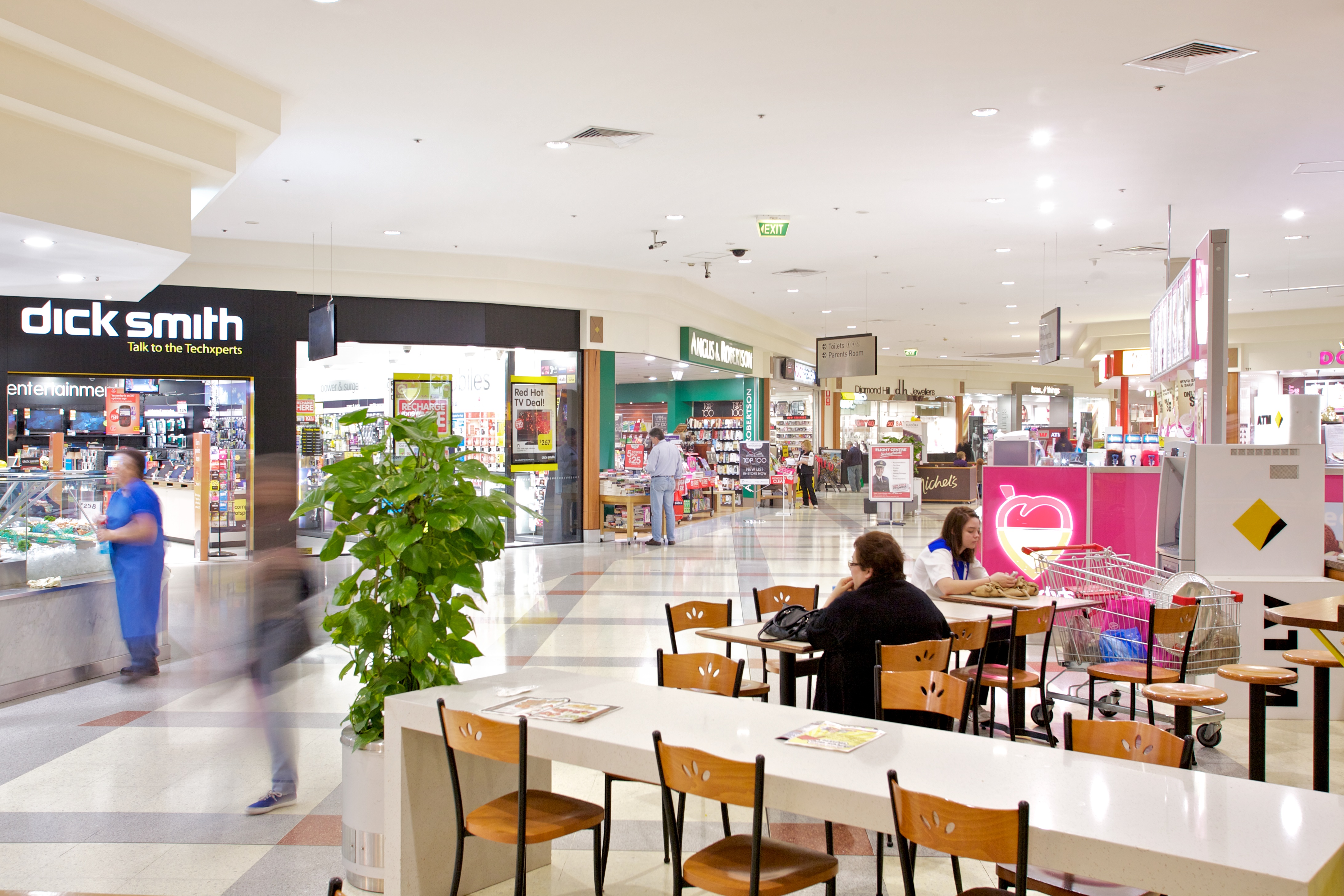 Covering an area of 6,000m² of retail space, the arcade-style Atrium shopping mall in Tamworth comprises a selection of 30 independent retailers. Located right in the heart of Tamworth’s CBD, the Atrium also offers a choice of cafés and a business centre on the first floor.

To maintain the relaxed ambience and heighten the retail experience, the Atrium underwent a full refurbishment two years ago, involving the replacement of the existing fluorescent and mercury-vapour lighting with modern metal halide alternatives. However, with the rising cost of electricity, the Atrium’s management soon began to consider strategies to reduce its operating costs and carbon footprint.

The Atrium conducts monthly power audits and the two biggest consumers of power in the mall are lighting and air conditioning. As the Atrium managing director Bruce Read investigated ways in which he could reduce the lighting component of his energy bills, he sought advice from Tamworth’s leading electrical wholesaler, Lawrence and Hanson.

As one of Philips Lighting’s preferred distributors in the area, Lawrence and Hanson was able to direct Bruce towards Philips Lighting key account manager John Ralston, to provide key insights into energy efficient lighting solutions.

According to Bruce, Philips provided education and advice on the benefits of emerging LED lighting technologies.

“I was initially cautious about the suitability of LED lighting for the Atrium,” he says. “However, it soon became apparent that the latest LED technology could easily meet our lighting needs, while substantially reducing our energy bills.”

The message really hit home when John demonstrated the results from an in-progress Philips LED lighting project at Winston Hills Mall in Sydney. Here, it was possible to stand in the food court and directly compare one recently renovated wing featuring Philips LEDs with another un-refurbished wing where standard metal halide luminaires awaiting replacement still provided the lighting.

“The difference was astounding,” Bruce says. “The LEDs gave a uniform output, both in terms of light intensity and colour consistency. By comparison, there were noticeable variations in colour and brightness from the metal halide globes.”

“With a rating of 45W and 60 lumens per Watt, the LuxSpace Compact Power delivers a greater light output than the Compact variant,” says John.

“This makes it especially suited to meet the lighting requirements of the Atrium, which has ceiling heights ranging from four to eight metres.”
Interestingly, at the time of Bruce’s enquiry, the LuxSpace Compact Power LED was still in the final stages of development by Philips. The timing enabled these brand new LEDs to be specified for the project, and consequently allowed the Atrium to become the world’s first shopping mall lighting installation to feature these new luminaires.

Installation proved to be a streamlined process, as the LuxSpace Compact Power has been designed to accommodate standard 200mm diameter downlight cut-outs, and to leverage existing wiring and controllers. This allowed the legacy 150W metal halide lamps to be simply removed and replaced with the new 45W LuxSpace Compact Power luminaires.

“It is amazing that these LEDs can deliver the same light intensity as metal halide lamps, which consume over three times the power,” says Bruce.

“As such, we expect to be able to save at least 70% of our lighting energy requirements, and significantly reduce our carbon footprint.”

However, the energy-saving potential goes far beyond the lighting requirements.

“These LEDs produce a significantly reduced level of heat into the lit area,” John explains.

“When you consider that is it possible to get the same light output from a 45W LED as you do from a 150W metal halide luminaire, it becomes obvious that a great deal of the energy used by metal halide luminaires is wasted as heat. Not only will the move to LEDs provide huge reductions in the energy used for lighting, but it will also result in a noticeable drop in the air-conditioning requirements, as far less waste heat will be generated.”

Rated for 50,000 hours, the LuxSpace Compact Power LED features an extended service-life compared with the metal halides they replace.

“This rating equates to a 12-year operational lifespan for the Atrium,” says Bruce. “We expect this longevity to minimise maintenance costs and reduce disruption to business. By comparison, of the 75 metal halide lights we installed two years ago, we have already had to replace 30 globes.”

Where metal halides tend to vary in colour and lumen output over time, the LuxSpace LED range delivers a uniform performance over their entire life.

“The crisp, clean quality of the light is perfect for showcasing products,” says John.

“This makes it an ideal match for retail environments where it helps create an attractive and inviting ambience.”

As LED technologies continue to improve, it is becoming increasingly possible to extract a greater lumen output per unit of energy input. Here, Philips aims to leverage these advances to reduce input energy requirements while maintaining consistent light output levels. This means that future incarnations of the LuxSpace family can be used in conjunction with existing luminaires to deliver indistinguishable lighting performance, while affording even greater savings. This will help provide a future-proof solution for the end-user.

The Atrium expects a payback for this relamping project in less than two years.

“If we additionally factor in the reduced maintenance and air-conditioning costs, the payback will be even shorter,” says Bruce.

“The future for the Atrium looks extremely bright, with unparalleled performance and reduced operating costs. We also have the surety of a quality brand name, in conjunction with the excellent customer service Philips can offer.”

How an electrician can benefit from the ...