Keys to the grid lock 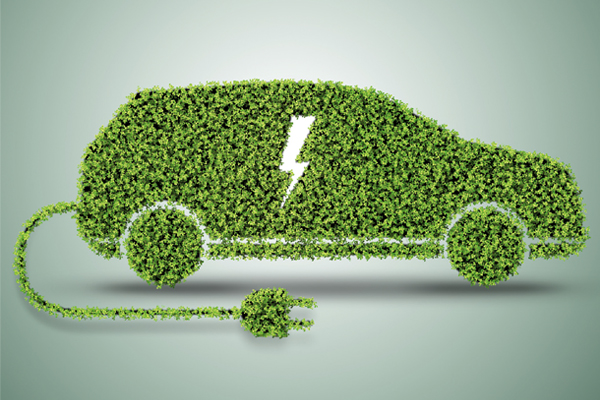 The growth in electric vehicle chargers will put distribution networks under strain.

Such chargers will have to cover domestic, commercial and industrial situations, as well as roadside facilities.

For example, charging the 75kWh battery of a Tesla S to 60% of capacity in 15 minutes requires 180kW. That is the equivalent of a commercial electrical installation with a minimum 250A switchboard.

Filling the 45L tank of a typical small conventional vehicle takes a couple of minutes, consuming 1.5kWh of pumping energy for a 0.8kW pump. In that time, 390kWh of energy is stored in the tank.

The above example of a fast charger on a highway presents a ‘peaky’ demand load, and without power factor control the peak is even greater.

A larger proportion of the load will be garage and domestic charging. The former will become integral to commercial buildings, shopping malls, factories, public parking, etc. It will involve lower kilowatt ratings per charging point than fast chargers on highways.

If Australia follows nations such as Norway, which provides large financial incentives for owners of electric vehicles, 30% or more of private vehicles could be electric, depending on government policies.

However, if commercial vehicles are taken into account the growth in consumption would be 10-20%.

If these increases don’t seem dramatic, then consider the effect of a sharp rise in charging points causing large power peaks in the distribution grids. These are essentially legacy networks, constructed and expanded over time but always on the basis of power flow in one direction – from substation to consumers.

Voltage is of primary concern, in level and constancy. Control of voltage in distribution grids comprises online tap changer (OLTC) transformers at substations, manual tap changer transformers and voltage regulators, in that sequence as medium voltage on substation feeders is transformed to low voltage for most consumers.

Legacy networks were not designed for voltage changes resulting from the sharp power flow variations that would result from consuming kilowatt-hours of energy instead of litres of fuel.

Chargers and their effects

Chargers for electric vehicles are classified in four types.

Category 1 covers domestic use. Categories 2, 3 and 4 are for commercial use, with the latter reserved for roadside fast charging. Category 3 and 4 involve DC chargers that bypass the vehicle onboard chargers.

The first two categories are for AC chargers using onboard AC to DC conversion chargers to supply the vehicle battery bank.

A domestic, single-phase charger operates from a 20A outlet, therefore supplying a peak power of 4.8kW. Category 2 chargers can operate off a 32A three-phase 415V supply, thus providing a maximum power of 23kW.

The single-phase chargers present a serious problem for distribution grids, primarily that of unbalance because their connection to phases is unplanned and their power consumption is significant.

The unbalance situation is exacerbated by solar generation, which is also not balanced over the phases. This can cause a neutral safety problem, in that unbalance causes larger neutral currents.

If grounding is compromised in parts of the network – for example, because of higher earth resistance through the use of plastic water pipes instead of metal – harmful earth voltages can build up.

Energex in Queensland is concerned about the use of single-phase chargers. Although there are no specific regulations regarding their installation, there may well be in future years.

One major change would be the requirement for three-phase domestic chargers, requiring electricians to make labour-intensive changes to household wiring.

The issue of fluctuating real power demand resulting from charging stations is aggravated by reactive power and harmonics.

Both components are a problem. In the case of reactive power, voltage variation is increased. Harmonics have short and long-range interference effects.

Irrespective of mode, all chargers draw distorted current that is rich in harmonics.

Grid networks are not equipped for a future in which most households will have a Mode 1 charger, and central business districts and suburban shopping malls  may well have as many charger points as parking bays.

The replacing of feeder conductors, increased transformer ratings and the installation of voltage regulation gear – such as static var compensators and shunt and series voltage controllers – will require capital expenditure that will result in higher network charges.

Such investment is politically fraught, although one hopes that the climate of ‘bashing the electricity sector’ will disappear. If resistance to change doesn’t win the day, there is much opportunity to turn legacy distribution networks into ‘smart’ networks.

Making legacy distribution networks smart will initially require new network information systems. At substations, ring main units, feeders, transformers and even throughout the network towards the fringes, there will be ‘state of network’ information.

This information will include voltages, power, reactive power, state of reclosers and open/closed sectionalisers. Information about harmonic current and voltages will also be required.

All this will be useful only if it can help network control systems to maintain high power quality levels throughout the network.

As things stand, we have some information and control, but much more will be needed as vehicle chargers multiply.

Compared with countries such as Germany and Denmark, we are behind in control aspects. In Germany, voltage support in low-voltage networks by PV inverters is required. Yet nothing much prevents us from replicating that feature in Australian networks (just the mandating of appropriate operational Standards).

However, there isn’t much appetite for this other than a basic requirement that inverters over 30kW must be able to supply leading and lagging reactive power.

As the number of charging points increases in a distribution network, dealing with large power spurts is going to require some things that we can only speculate on.

One might be a requirement that fast chargers connect to MV networks where impedance levels are low and therefore not subject to large voltage fluctuations.

The location of fast chargers on highways, for example, will pose a problem if there are no nearby substations, making MV connections very expensive or even impossible.

A communication link based on instantaneous power measurement at the charger stations, in conjunction with voltage monitoring, could be employed to lengthen charging periods at times of high demand.

Demand in kilovolt-amps (kVA) for roadside charging points and the matter of harmonics are important considerations.

Displacement power factor circuitry should be part of the charger, but even a power factor as high as 0.95 requires additional reactive power of 33% of the useful charging power. Harmonics can add another 33%, making effective demand increase by 6%.

As for chargers in Categories 1 and 2, it has been argued that somehow the unpredictability of charging time patterns will flatten demand variation.

This is rather too hopeful, and power systems engineers, particularly in Queensland where voltage variation due to PV is already a problem in many areas, foresee having to weigh up at least two factors.

One is that of lowering substation voltage in order to minimise the shutting off of PV during periods of high insolation when voltage can rise above the maximum allowable 254V. Connection of domestic and commercial/industrial charging points to the LV network will then result in unacceptable drops in voltage.

Although not related only to charger point voltages, PV can also cause problems at substations, again resulting in periods of low voltage, further exacerbated by  power draw at charging points.

During high insolation, feeder line current diminishes, and this causes the tap changer to select a lower tap. Other feeders on the same bus have an unacceptably low voltage, thus also affecting charger points.

The use of battery storage in PV systems can make grids more stable in operation.

Rather than power being sent back towards the substation it is stored in batteries. This leads to the possibility of a ‘vehicle to grid’ mode of operation.

Currently, households are encouraged to invest in battery storage, but this could also be EV battery storage, ie: grid to vehicle. Of course, night-time charging isn’t possible, but during daylight hours (in fact at any time) vehicle batteries can help support the grid, requiring reversible inverter-converter charger points.

Contemplating an electric vehicle future concentrates our minds on the need for smart networks.

To date there has been lots of discussion and general agreement that ‘smart’ is better than ‘dumb’. However, at the practical level there is little or no agreement or work being done for new Standards to include charger points or their accommodation in grids.

For that matter there is no effective planning on new solar inverter Standards – something that could help with voltage support.

Study finds that UV exposure is the ...