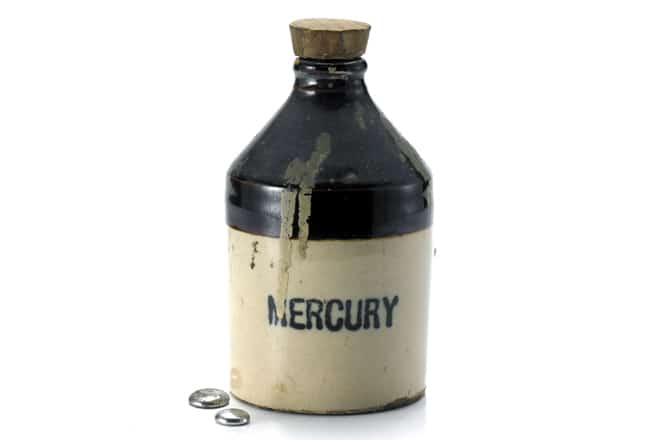 Events that took place in a sleepy Japanese town in the 1950s provide a stark reminder of the consequences of ignorance when it comes to the safe disposal of mercury. Jacob Harris explains.

When the cats in Minamata Bay, Japan started behaving strangely in the early ‘50s, no one could explain why. The peculiar way they staggered, writhed and screeched as if demonically possessed was dubbed Dancing Cat Fever. Then, in 1956, the human population of the quiet sea-side town began presenting with symptoms of the mysterious condition. Those afflicted would suffer a narrowed field of vision, muscle weakness, a loss of fine motor skills and their voice would change pitch. More often than not this would be followed by violent convulsions, insanity and ultimately death.

Because cases were confined to Minamata, the affliction was at first thought to be highly contagious. It wasn’t until researchers from a neighbouring university discovered that cases were clustered around fishing hamlets that it was attributed to a kind of food poisoning caused from eating fish and shellfish caught in the bay. Upon further investigation it was found that the disease was actually heavy metal poisoning brought about by the gradual build-up of mercury in the bay’s sea life, and its subsequent ingestion by the local population.

The build-up was directly attributed to the actions of the Chisso Corporation. It had been operating a chemical plant in Minamata since the 1930s and dumped its wastewater (containing methyl mercury) straight into the bay.

According to Toxic Effects of Mercury by Shabnum Nabi, by March 2001 2,265 people had been recognised as suffering Minamata Disease, (1,784 of whom had died). By 2004, the Chisso Corporation had paid $86 million in compensation and was ordered to clean up the contamination.

On 19 January 2013, a global treaty, aptly named the Minamata Convention on Mercury, was agreed upon in Geneva and to date 128 countries (including Australia) have signed it. The convention draws attention to mercury and its still prevalent use in many common products and processes including compact fluorescent lamps (CFLs), fluorescent tubes and high intensity discharge (HID) lamps.

Although these lamps only contain small amounts of mercury, problems arise when they are disposed of in landfill. Over time the mercury leaches out of the lamps, through the landfill and into the water table, eventually entering rivers, lakes and waterways.

The Convention includes provisions regarding the management of waste containing mercury, which will include disposal of lamps containing mercury in landfill. These provisions are aligned with work which has been undertaken by the Basel Convention which addresses the treatment and movement of hazardous wastes. Australia has been a ratified Party to the Basel Convention for over 15 years. The introduction of the Minamata Convention will result in additional domestic regulatory action on the management of mercury waste, and with this in mind; changes in the electrical contracting sector will have to be made.

In recent times there have been several state-based lamp recycling programs in operation, and for the past five years these have been supported by the Federal Government’s FluoroCycle scheme. The scheme encourages businesses, agencies and organisations to join the program and recycle their used lamps and receive public recognition for doing so.

Energy saving initiatives such as the Victorian Energy Efficiency Target (VEET) and NSW’s Energy Saving Scheme (ESS) also have lamp recycling requirements as part of their programs, and in 2013 South Australia put an (albeit poorly policed) ban on fluorescent lighting in landfill.

For companies operating under the ISO 14001 – Environmental Management System, reporting of lighting waste can be a key ingredient.

But with an estimated 95% of lamps still ending up in landfill, there is a long way to go. This is disappointing when you consider that mercury containing lamps are the largest single category of consumer products that contain mercury.

It is also indicative of the level of change the sector will need to undergo when recycling becomes mandatory nation-wide. Indeed, perspectives will need to be altered, but this is nothing new. The automotive industry underwent a similar change when mandatory tyre recycling was introduced, and now little thought is given to the added cost of recycling old tyres when new ones are bought – it’s just an accepted part of the process.

Similarly, the key to making lamp recycling work for you as an electrical contractor is to commence charging for the service. Due to rising levels of environmental awareness, education and corporate responsibility, perspectives are changing quickly. While in the past customers may have balked at an extra charge, many now view recycling programs in this favourable light and are accepting of the fact that there are costs involved.

Although Australia signed up to the Minamata Convention in 2013, it is still going to take some time to work through the various layers of Federal Government review. While it is difficult to put an exact date on implementation, 2017 is thought to be likely. In the meantime, wise contractors should start to educate clients about recycling their lamp waste and for that matter, end-of-life luminaires too. No longer can the outer-suburbs be the dumping grounds for electrical industry waste.

The dancing cats of Minamata Bay were not possessed by demons or infected with some exotic contagion, they were poisoned by mercury. Greater understanding of our actions and their consequences shouldn’t be seen as a negative but it does mean we are responsible for affecting positive change.