I really want to know! 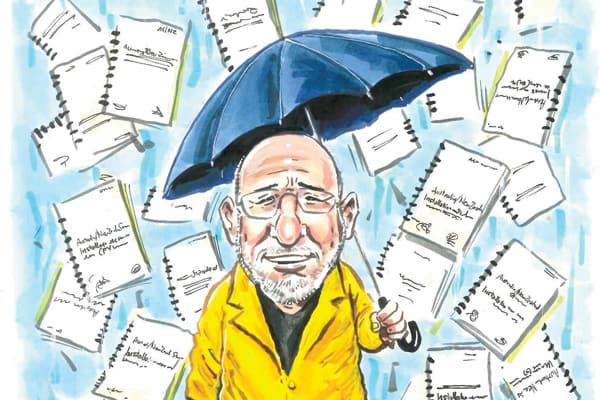 Changes to the Wiring Rules will improve safety and could also help your business grow in unexpected directions. Gary Busbridge reports.

Over the past few months I have been travelling around Australia in support of the Wiring Rules revision, AS/NZS 3000.

Presentations were made to more than 3,000 tradies at 21 shows, demonstrating that electrical trade people want to know what is happening in their industry.

It was a first, in that the proposed changes were presented before the Wiring Rules were changed. Several proposals have been thrown out or put on the first amendment pile.

More than 2,000 public comments from the trade were received, and the committee has been working through them to see what should be included, noted or rejected. Some comments required new work and have been put into the next round for discussion.

The aim is to publish the revision by mid-2017. By that time we should be into the first amendment and planning a release date. The Wiring Rules is an evolutionary document – technologies and work processes are continually added or updated.

Another activity worthy of mention is the revision of the generator Standard, AS/NZS 3010. This has created a lot of interest, as the use of generators is quite common – from large back-up systems in data centres and hospitals through to portable units used in camping and emergency situations.

The public comments have finally been addressed: they were shelved for a short while because of the Wiring Rules revision. The two Standards are linked, so we must ensure they are not published out of sync.

Most of the figures have been updated. Colours are included so that it is much clearer as to where the actives, neutrals and earths are connected to ensure a safe supply. The content has been markedly improved to provide more clarification and detail where required. This Standard is also expected to be published in mid-2017.

You are probably sick of reading Standards stuff, but that leads us to a very important standards revision for Medical Installations, AS/NZS 3003. Unfortunately, this has always been a little unclear for the specifier and installer, often leaving unanswered questions. This can lead to serious faults in an installation that may be costly to rectify later.

The committee looking after maintenance of the Standard has been quite forthright in discussions to alleviate these issues. For example, the delineation of patient areas and where a body or cardiac protected area finishes in an installation has always been a point of conjecture and tough to nail down.

The revision will include diagrams to show how the boundaries can be determined, and many other details have been detailed and clarified. At this stage the revision has been agreed and will soon be issued for public comment, with a view to a possible mid-2017 publishing date.

You may ask what the burning issues are at present, and I can tell you that the DC Isolators Standard, AS/NZS 60947-3, revision is just cranking up. Details of the new requirements have been tentatively agreed but the committees involved need to put the right words together.

Faulty DC isolators in photovoltaic systems are still causing fires. A few brands have been blacklisted, as they exhibit dubious quality and performance. Check with state regulators for the details.

This Standard is an adoption of an international one, but state regulators are keen for the committees involved (a joint working group of the switchgear and PV Standards) to add extra requirements for performance and testing.

For example, the test for checking operating temperature will have to be done at an elevated ambient temperature to simulate the effects of the harsh Australian environment.

As for weather ratings, there will be a new one that most of us know as ‘hose proof’. However, there’s a small difference in that it will not allow any moisture ingress into the enclosure. Typically, the assembly of the switch and its enclosure will have to pass this stringent requirement.

The days will be gone when you could buy a DC isolator and a separate enclosure then put them together. That’s fair enough, considering water ingress is the biggest culprit when it comes to fires.

This revision is urgent and will be used to assess any DC isolator assemblies sold in our market. It should be ready for publishing in the first half of 2017.

Now as we all know where there is fire there is smoke (I know, it’s the other way round). Smoke detectors have been in the news, what with a Federal Government inquiry into the effectiveness of the good old smokie. That inquiry went into abeyance during the last election, but the Queensland Government version, has kept chugging along.

There is now a discussion paper on the findings of the federal inquiry. In general, it supports the installation of the photo-electric type of smoke detector in all installations but still supports the use of the ionisation type as a secondary measure.

It seems that findings from the Queensland inquiry have been handed down. They are much more to the point, as state legislation has been implemented.

Photo-electric smoke detectors – hard wired or with a 10-year lithium battery – are required in all bedrooms and hallways of a dwelling. This means they should also be interconnected.

New dwellings or substantial renovations will have to comply after 1 January 2017, and there’s a five-year window for compliance on premises sold or leased. Government-owned housing must comply within five years, and after 10 years all domestic dwellings must comply.

Sparkies in Queensland had better brush up on this legislation to ensure compliance. The move also offers opportunities in regard to the five-year change-over to photo-electric.

It wouldn’t be surprising if this change makes its way into other states. The Northern Territory has been photo-electric only for quite a few years.

The Federal Government is also carrying out special studies into LED Lighting and its use with dimmers. This is in relation to the Minimum Energy Performance Standards for the operation and testing of all LED lighting and control units, dimmers and power supplies.

Most sparkies will be aware of the issues when replacing MR16 halogen downlight lamps with LED units. Invariably it all goes pear shaped, as the power supply electronics are not compatible with those in the LED lamps. It can be a costly exercise when the home owner finds this out the hard way.

The government department in charge of producing these Standards is doing a lot of research into compatibility.

Speaking of compatibility, there is also an issue with dimmers and LED lighting. Too many times the home owner is confronted by flickering downlights as a result of incompatible dimmers and LEDs. Research continues into this as well.

Reputable lamp or luminaire suppliers always provide the necessary information on product compatibility, so it is most important to use reputable products, not the cheap stuff that seems to be everywhere.

The aim of the government department is to make the change-over and ongoing maintenance of LED lamps, luminaires, dimmers and power supplies as easy as possible for sparkies and home owners by setting out consistent minimum performance requirements for all products.

Vegetables head towards the light