Ford Ranger MY2020 and Limited Editions 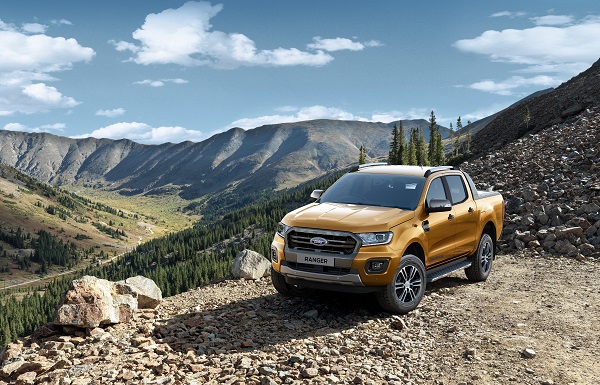 Ford simply refuses to stand still when it comes to its all-important, top-selling Ranger, turning out special editions and regular model updates in a determined effort to keep the mid-size ute fresh in the face of intense competition in the marketplace.

That is a good thing for tradespeople looking for the best possible deal available, and among the Blue Oval brand’s latest handiwork with the Australian-developed, Thai-built one-tonner are two new editions in the form of the Wildtrak X and FX4 and a host of detail changes to the broader range as we enter the 2020 model year.

The X-rated Wildtrak (pictured above) is a clear nod to Toyota’s HiLux Rugged X, adding more equipment than ever to the popular premium variant that pushes up in price by $2000 over the donor model but adding what Ford claims is $6000 worth of additional value.

It is available with either the 147kW/470Nm 3.2-litre five-cylinder turbo-diesel engine with six-speed automatic, from $65,290 plus on-road costs, or the higher-output but lower-displacement 157kW/500Nm 2.0-litre twin-turbo four-cylinder diesel, which teams with a 10-speed auto and in Wildtrak X form starts at $66,790.

Black is the dominant theme here, lending a little more aggression to the extra equipment that boosts the rugged capability of the Ranger – 18-inch alloy wheels with a +35 offset, fender flares, nudge bar with LED light bar, snorkel mounted on the front pillar and, further darkening the mood, charcoal detailing across the body on areas like the grille, lower bumper area and doorhandles. 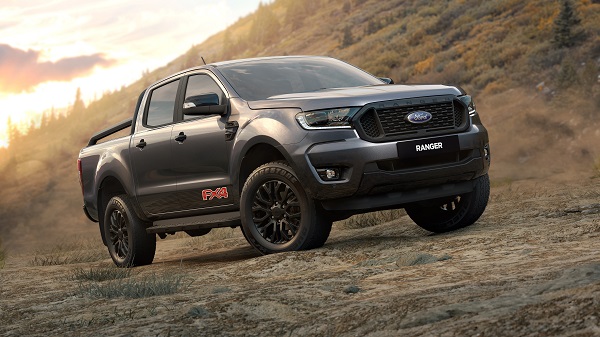 Meanwhile, production of the FX4 was almost underway at the time of writing, and so pricing was still to be announced, but at around $60,000 plus on-road costs the latest edition was designed along similar, though more affordable mid-series XLT-based lines to the Wildtrak X with, yes, the black spray gun back out in force across the Blue Oval’s ute.

On the outside, there is a special finish to the mesh grille, darkened bi-LED headlights, 18-inch mesh alloy wheels, an FX4-specific extended sports bar and contrasting 3D effect red decals. Cabin highlights include unique leather-accented sports bucket seats up front with FX4 embossing and “race red” stitching that also finds its way across to other elements such as the steering wheel, gear selector, handbrake cover, door trim and padded instrument panel.

A further contrasting effect is created with “tinted graphite” accents on upper portions of the instrument panel and door trim. A bedliner is also included in the tray.

With the XLT 4×4 double cab as its basis, the FX4 will have a choice of diesel powertrains, namely the 3.2-litre single-turbo five-pot (with either manual or auto transmission, both six-speed) and the 2.0-litre twin-turbo four and 10-speed auto combo. 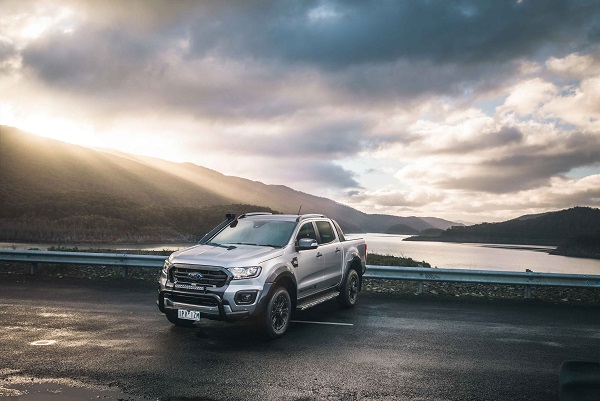 Looking for more? With Ranger updates now described in quarterly fashion – MY20, MY20.25, and so on – further modifications to both the general range and the special editions spinning off it are being routinely applied.

Of particular note for tradies, all XL variants excluding the 4×2 Low-Rider now have the option of a $500 Heavy Duty Suspension (HDS) option straight out of the factory, bringing thicker rear springs (and revised rate), new dampers front and rear (with revised tuning), suitably tweaked ABS and ESC calibration and a Bridgestone A/S tyre spec for 4×2 versions (as already fitted to the 4x4s).

Described as a first for this class, and specifically designed to cater for tradespeople and other operators who regularly carry a decent load, the HDS improves the XL’s bump-stop clearance by up to 70 per cent (or 25mm) with 550kg on board, for example, which in turn improves departure angles.

Among other recent changes is the addition of an 8.0-inch touchscreen and Ford’s Sync 3 infotainment system (including Apple CarPlay and Android Auto smartphone mirroring) to XL and XLT, while the XLT and the upper-crust Wildtrak and Raptor variants have switched from HID to bi-LED tech for their headlights.

A power-operated roller shutter over the load area has also come in for Wildtrak, controlled from the key fob, a switch on the dash or using a button within the tub, while all model grades now carry an extra USB port located behind the interior rear vision mirror to support a dashcam.

ESV giving back to the community through ...