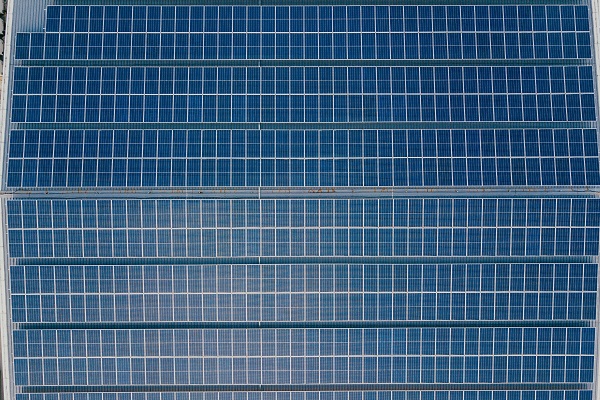 Will you still need grid power if you opt for solar photovoltaic independence? Phil Kreveld looks into the not-so-distant future.

Most home owners and businesses could not take the risk of ‘going it alone’ with photovoltaic generation for fear of being without power at some stage.

Storage batteries remove some of the risk. However, their state of charge, the duration of power interruptions, weather and high loads causing rapid charge depletion make independence from the grid somewhat hazardous.

The first challenge is to minimise energy consumption while connected to the grid, and to this end the work done under the Smart Grid, Smart City (SGSC) program and at the University of NSW provides valuable insights.

Distribution network service providers have also joined the SGSC initiative. They may well foresee a future in which service charges are not entirely based on energy carrying capacity, in recognition of diminished energy takeoff by many consumers.

Smart meters were initially seen as the harbinger for smart networks, but the degree of ‘smart’ so far has been rather rubbery.

Carving up electricity demand into small time slices potentially allows people to monitor their consumption and make decisions such as using certain appliances only during periods of reduced demand and lower prices.

This is fine as a concept, but someone must be present to exercise control.

So far, the main benefit of smart meters has been in remote meter reading applications by radio networks – principally ‘mesh radio’ or, for country Victoria, ViMAX. The rollout of smart meters in other states lags well behind Victoria.

Despite the existence of Australian Standards AS/NZS4777.2 – considered essential in the network sector for voltage control, and providing a rudimentary form of demand control – using smart meters as a form of DRED has not been prevalent.

Meanwhile, developments in communications (eg: the Internet of Things, or IoT) could end up making smart meter technologies obsolete.

The future may well involve ‘smarts’ covering maximum demand control in consumer premises to such an extent that metering for billing purposes will not be necessary and might be replaced with a simple maximum demand charge.

Before that stage is reached, our understanding of load profiles and the efficiency of items such as heating, ventilation, cooling and pool pumps will have to be re-examined. The work of Professor Joe Dong of the Digital Grid Futures Institute at the University of NSW will be important in obtaining this information.

Professor Dong gave a talk at the Power Electronics Workshop Towards the Future and Smart Grids on 21 February, organised by the Department of Electrical Engineering and Computer Studies at Queensland University.

He presented an intriguing study of ‘scheduling’ household loads with the aim of minimising energy consumption as recorded by a single smart meter.

The concept of an energy control scheme with a meter on each appliance seems obvious. However, Professor Dong’s work makes use of the known power drawing and time patterns of refrigerators, microwave ovens, stoves, dishwashers, washing machines, etc, to ‘parse’ the combined power-time pattern recorded by a smart meter into individual appliance patterns.

At the academic level there is considerable statistical work to be done. The significance for practical applications is enormous, as it heralds the ability to intelligently control electrical loads on the basis of ideal aggregate demand profiles.

In the smart home of the future (by then part of the IoT), the practice of constraining energy use to cost-effective power-time profiles will be yet another feature of the artificial intelligence (AI) world.

In the accompanying figure the factors that make for an energy-wise home are shown. The box labelled IoT for Energy/VPP designates the communication protocol for virtual power generation plant.

Energy company AGL, in 2017, initiated a trial program of ‘grid support’ via selected solar households that had batteries. The trial is ongoing and holds some promise of extension to commercial applications.

The box labelled P2G (power to grid) indicates inputs of renewable energy (RE) and electric vehicle power to the grid, or the reverse if vehicle battery charging is required.

The box labelled Data Analytics makes reference to ‘big data’, which can be seen as a growing pool of data on appliance energy consumption, therefore providing a continuous learning experience for AI management.

The load monitoring and parameter estimation function, a broad concept, provides ready examples, such as decisions to export power or to store energy based on arbitrage (the box labelled Power System/Electricity Market operations and planning).

The Data Analytics function feeds information to the Control Design function, which is not primarily concerned with energy control but rather with distribution network stability.

The mention of FACTS (flexible alternating current transmission system) in the above function foreshadows the future of distribution networks, which would be equipped with intelligent supervision and control of voltage, frequency and network protection.

Flexible solar PV systems capable of control feed in, battery charging and reactive current for voltage support (these are already available) under a home energy management system (HEMS) with learning ability via AI, herald a new life for microgrids as well as large grid systems.

As envisaged by Professor Dong’s presentation, a powerful cost-conserving HEMS would offer:

Energy trading would also be given a powerful lease on life. Up to now, private energy trading has been confined to a few companies that facilitate blockchain, private ledger trading. The silent spoiler in this is the inability to avoid network connection charges for participating traders.

The HEMS philosophy based on AI and the IoT would allow, in principle, the grouping of domestic installations into a private network with one point of common coupling using one external metering point, thus spreading connection charges to the private network households.

“Going it alone, without a grid connection is coming closer with appliance energy profiles and house energy management AI systems.”

The function of HEMS in microgrids of some size and not connected to main distribution grids would also be substantially enhanced.

On the basis of the Control Design function envisaged by Professor Dong, power flow control can help stabilise voltage and frequency in a microgrid with limited
power and synchronous generation – and even in systems without a synchronous source but relying on a large battery system.

In such networks, response to power flow changes is very important. In an islanded micro grid there will be an overriding control from the main controller.  However, its control regime burden is substantially reduced by the existence of an AI-informed HEMS.

For microgrids that are basically separable islands within a larger distribution grid, a HEMS is able to bring demand to a low level in anticipation of reconnection to the main network. In short, a smart, AI-based HEMS opens up an exciting future of enhanced security and cheaper electrical energy.

Driving down fuel and energy costs at ...