Building surveyors and you 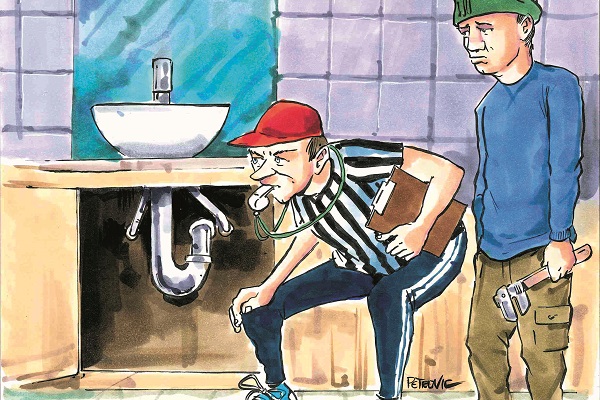 In many instances, tradespeople who don’t always deal directly with a building surveyor on site, may be surprised at the lack of knowledge as to what the role of a building surveyor actually is and, on the contrary, what it isn’t. Paul Cott clears the confusion.

From that, the automatic chain of reasoning tends to go as follows, ‘let’s join the building surveyor to the legal action’. It is often fallacious reasoning.

There is a distinction which is worth mentioning in that building surveyors are divided up into Municipal Building Surveyors (MBS) and Private or Registered Building Surveyors (RBS). MBSs are employed by work for local councils whereas BSs are privately operated surveyors who are usually (depending on which State you are in) registered building practitioners and so are regulated by the Building Act and similar legislation.

One common instance where a building surveyor and tradesperson interact is during the period where advice to design and/or construction of the particular project is required. Surveyors can also give directions to workers and tradespeople in regards to safety on, standards and compliance with the law and regulations.

In the end, tradespeople on site have their own health and safety protected to an extent by the actions of, and the role of a building surveyor.

Tradespeople in Victoria (and this is a trend in other states) need to remember always that only an owner or an agent (basically other professional advisor such as an architect) can appoint a building surveyor.

This means that they are acting for, on behalf of, and are responsible to that extent, to the owner. In reality though, it is quite often the case that an owner will ask the builder as to who they recommend be appointed and so the reason why the law was changed so that the owner now, rather than the builder, appoints the building surveyor (perceived or real conflicts of interest for the builder to so appoint) are in that sense bypassed.

Before this article concludes, it is timely to discuss the draft code of conduct for building surveyors currently being discussed in Victoria and which other States are watching with an interest to see what develops out of it with a view to possible implementation there too.

The draft code has now closed in respect of public consultation and input into it, having closed on 10 March 2020. At the time of writing, an analysis of the feedback provided (which was plentiful, apparently) is being undertaken and there is expected to be a final version of it in place in June of 2020.

One may well wonder why a draft code of conduct was ever even required in the first place, given that building surveyors are already subject to a range of accountability mechanisms.  Many will have a strong view as to that, but tradespeople reading this article will just probably wonder how it affects them. The answer is probably not a great deal. One possibility (but it is early days obviously) may be that there is tighter regulation and increased oversight on site by building surveyors as a result.

It may however be that this is not the case as many of the code principles are those which already apply to how building surveyors must act.

Broadly, the code reinforces that building surveyors must act consistently with public health and safety, with integrity, honesty and be impartial. Also they must now perform competently, be independent, not act where there is a conflict of interest, maintain records and documents, communicate properly, and address non-compliance issues (which is obviously, as stated above, a key part of their role).

Perhaps one of the most useful parts of the code are the various practical examples of real scenarios littered throughout, with recommended ways of acting in those scenarios in accordance with the code set out.  Time will tell how or if the code, when in place, affects tradespeople’s lives in their day to day work on projects.

In conclusion, tradespeople while at times perhaps are tempted to regard building surveyors as inter meddlers, that just create more work and hassle on the job, should in fact bear in mind the key role they play in the commercial and residential building space.

They are, just like many of the tradespeople reading this article, meant to be registered under, and are regulated by, the same local regulatory body (the VBA by way of example, in Victoria). In addition, they are in a sense similar to umpires in team sports, not in fact a necessary evil but the absence of which the game could not be played at all.