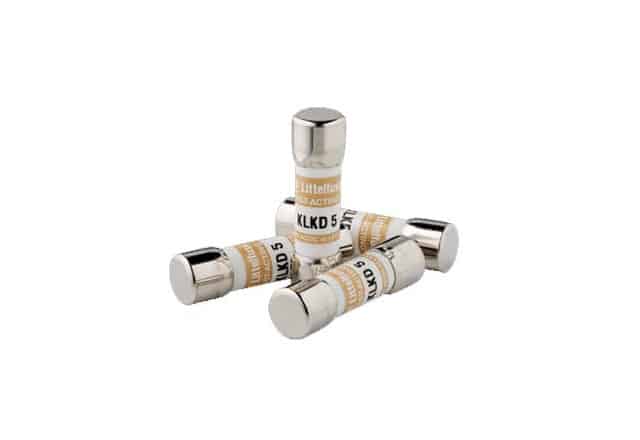 In solar systems, fires are caused by bad connections rather than fault currents. Bob Harper explains.

After a recent house fire in which solar panels were suspected, I got into a group discussion about what might have happened and why the fuses or circuit breakers didn’t operate.

It came down to the others not understanding what a fuse does. One of them is an electrician, and he had some odd ideas about how fuses work.

The common perception is that a fuse ‘knows’ when the current exceeds a set value and abruptly turns off. Some still think circuit breakers operate this way. It’s not totally wrong, but it is an over-simplification.

Role of a fuse

First let’s define the job we want a fuse or circuit breaker to do:

To that end, a fuse designed to meet these four conditions will have three ratings and a performance curve or utilisation category:

The simplest fuse is a piece of wire between two terminals, and older electricians know them as SERFs (single element re-wirable fuses).

SERFs had the reputation of being very unreliable, but not because of any design fault. It was because the current rating depended greatly on the temperature in which they were situated, and because of meddling by various people.

It was common to have a client say: “The fuse kept blowing so I put in a bigger fuse wire.”

Sometimes it meant two or three fuse wires, or a piece of circuit conductor (remember 1/044-inch copper cable?). Many electricians have seen a fuse holder hot, maybe smoking, and burning the base board.

How it really works

The fuse element is simply a wire, which therefore has resistance and heats up when passing a current.

When the current exceeds the design level, the wire reaches a temperature sufficient for it to melt. Hence the name fuse.

The melting wire becomes a liquid, and the current flowing through it causes the wire to squeeze in on itself, further reducing its cross section, and therefore increasing the heat at that point on the wire.

The wire ends up either side of the ‘blow’ with a ball created by this magnetic process.

If the fuse is just over-current, the wire separates easily and there are no dramas to see.

A larger fault not only melts the fuse wire much faster, but the resulting arc bursts the fuse into tiny balls of metal, and sometimes burnt metallic soot as well. Glass automotive fuses often appear to be copper foil coated inside the glass.

Older electricians can tell what kind of fault occurred by inspecting the remains of fuses.

Even if the fuse element is a silver conductor, it has a current-carrying capacity based on its cross-sectional area, length and cooling capacity. Silver is preferred because it is less prone to corrosion than copper and melts at a lower temperature.

In the design of high rupturing capacity (HRC) fuses, the element is often ‘dimpled’ or ‘punched’ to create or define the places where the fuse elements will blow, always providing a chain of fusible links.

In addition, the HRC fuse is inside a ceramic tube surrounded by fine silica sand. The tube and sand help by making the operating value more consistent and also in quenching the arc.

When the HRC fuse experiences a fault, the element melts in less than a quarter of a cycle (5ms), and the heat generated melts the silica which then forms a glass coating around the resulting silver balls.

In effect, the silver element is quickly transformed from a good conductor to a good insulator.

This ‘expulsion’ of the fault current, and its arc, is the reason for using HRC fuses.

Just to conclude, solar panels generate a maximum current depending on the amount of light available.

Therefore there will never be a fault current greater than the generating capacity of the panels, unless from another source, such as the supply or from batteries.

DC faults do not stop arcing easily, and any DC fault current will be limited by the generating capacity of the panels.

This means fuses will not operate and are of no use in protecting the DC solar circuit.

Instead, thermal fuses may be useful if employed wherever there is a DC connection that could become faulty. The thermal fuse would operate not on the current flow, but on the temperature of the DC connection, ie: by detecting the heat from a DC fault.

Bad DC connections generate a lot of heat, as the bad connection is by definition a high-resistance joint with a high current flow (H=I^2RT). In solar systems, bad connections cause fires rather than fault currents.

My suggestion is that all solar installations require regular inspection and testing that checks for developing high resistance joints and the security of all connections.