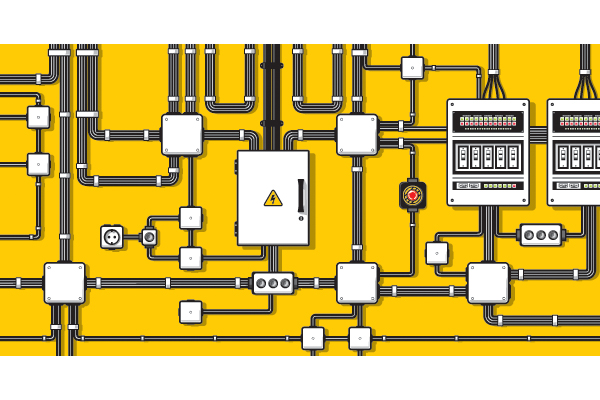 Here are the minimum requirements for selecting and installing switchgear and control gear.

Let’s look at the overall power distribution architecture of an installation, including required functions and features, all under the Section 2 heading ‘General arrangement, control and protection’.

This section deals mainly with power distribution. It focuses on:

Electricity distribution in all installations has to be arranged, installed and controlled.

It involves controlling voltages and currents that can be a shock hazard and generate considerable operating temperatures.

These hazards increase as currents and voltages get higher, especially in switchboards or environments that are already at increased temperatures. Poorly selected or installed switches, circuit breakers and other current-carrying devices can result in harmful and destructive failure, and a much-reduced service life.

This makes emphasis on careful selection and reference to manufacturers’ instructions crucial to an installation’s performance, as most equipment has quite different ratings in different environments. Switchgear and control gear can even be destroyed if improperly used.

For instance, the rating for a piece of equipment in ‘free air’ can be much higher than when it is in a small compartment – or if surrounded by items also generating heat.

This is reflected in some of the changes in this section and in the new Appendix K ‘switchboard requirement summary’.

Substantial changes from the 2007 edition in Part 2 Section 2 include: