What are the rules around getting paid? 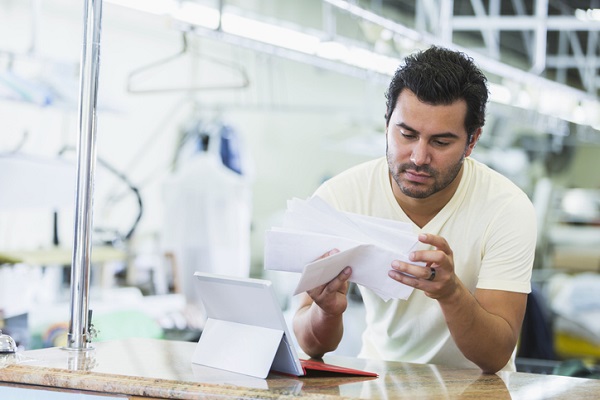 The phrase ‘cash flow is king’ is commonly heard throughout all parts of the construction industry. But what are the laws and the rules surrounding payment of invoices that you should be aware of? Paul Cott reports.

Firstly, there is no set legal timeframe within which an invoice must be paid, but the invoice itself will often set out a required time for payment.

The invoice may even specify that interest is payable upon late payments; however, it is not the case that interest is automatically payable. The law is that in the absence of an agreement that interest will apply in the event of late payments, agreed to at the time of the entering into the contract (or before) for the particular services and or supply of goods, interest is not applicable.

However, a rule of practice has developed whereby if interest is set out clearly on the invoices, then it can be payable.

As to your options in the event of nonpayment (of the principal sum and/or interest) then your first option is to send out reminders at regular intervals. It is not recommended that more than two reminders be sent out. In the absence of some contact by the debtor in response
to two reminder letters, it is likely that the debtor is not able to pay or is unwilling to do so.

The next suggested step is to send a letter of demand yourself to the debtor, ending such a letter with the ‘threat’ that if payment is not made within a specified set timeframe, then referral of the matter to a debt collector will occur. You can, of course, consult with a legal practitioner for them to send out a letter of demand.

The next step is to consider the option of engaging a debt collector to recover the debt. Now, like service providers in any industry, there are good debt collectors and bad debt collectors. There are also a myriad of payment structures for such services, such as ‘no win no fee’, payment of a percentage of any debt amount recovered, as well as payment of the debt collector’s fees whether or not any money is recovered.

A common question about debt collectors is whether or not the fee to be paid to the debt collection agency gets added on to the debt or not. After all, many argue (and justifiably so) if my debt is unpaid, and you are forcing me to go engage a debt collector, then why should I be out of pocket as a result?

The answer is, speak to the particular debt collection agency; some will add their fee on to the debt and some won’t. A related and common question is if a lawyer is engaged, can the lawyer’s costs get added to the debt amount owed? The answer is yes, providing the lawyer has commenced legal proceedings. If they have not, then it is unethical for a lawyer to demand payment of their costs for issuing the letter of demand. If a lawyer issued a letter with a demand for payment of the principal debt with costs added on without having issued any proceedings, disciplinary proceedings against that lawyer may ensue and that’s their issue.

Another very common question in this context is can someone lodge a caveat over the debtor’s real property to ‘secure’ the debt, thus preventing the sale of the debtor’s property until the debt issue is resolved. The answer in Victoria (and it is suggested the same answer applies Australia-wide) is that no you cannot.

More accurately, the way the land system is set up is that anyone can lodge a caveat over someone’s title to land, practically speaking, as long as they go into the land system and pay the required fee (which is generally small) but the issue is, should someone do so? The answer is generally no, and if someone who has had a caveat lodged over their title seeks its removal, and this is refused, and an application is necessary to a court to have it removed and the application is successful, then costs can be awarded.

These costs can be substantial and can run into the thousands, if not tens of thousands of dollars. In the absence of a prior agreement with the debtor that in the event of non-payment, a caveat can be lodged (pretty rare), it should not be considered a viable option.

Having very well drawn up terms of trade can be beneficial in ensuring you get paid. This is because the other party will often be given notice in such terms of the specific requirements and timeframes surrounding payment, but what can be added, for example, is a clause allowing
you to seize (and then subsequently sell) the debtor’s goods in the event of nonpayment.

Such terms of trade put the whole transaction in an agreed written form, which can be used as evidence going forward in the event of a legal
claim. It is a lot harder to dispute a term when it is set out in black and white!

This leads to another tip: document, document and document your agreements, and don’t leave it to the chance involved in having to argue
about exactly what was said and when.

This leads to yet another tip and that is: systems, systems and systems. Have adequate and rigorous systems for follow-ups of your invoices so that they do not get out of control.

From solar to polar at USC