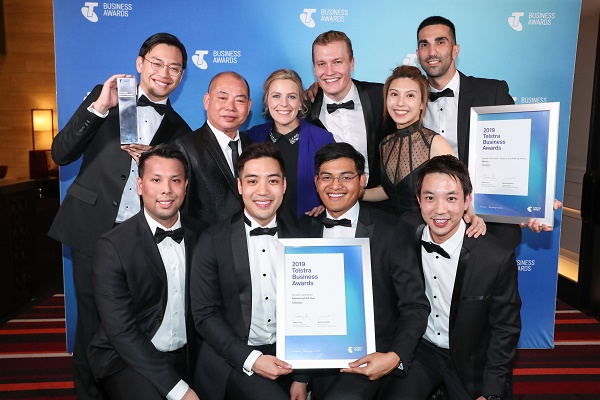 Unios, designers and manufacturers of commercial and residential lighting installations, has been named the 2019 Telstra Western Australian Business of the Year.

Its goal is to remove the complexity of commercial lighting projects that involve numerous stakeholders by developing a digital platform to make the entire process seamless and easy for all parties involved.

“Our business stems from the desire to disrupt an industry by making every step of the journey simpler while also making the most of technology advances,” founder and general manager Paley Ho says.

Winners of the awards were chosen across four categories: emerging and energised, small and succeeding, medium and making waves and social change maker.

“With its finger always on the pulse, Unios challenges a market traditionally dominated by only a handful of global players,” Telstra group executive Michael Ackland says.

“They’re breaking through the status quo by bringing together design, performance and value. In this very complex industry, Unios competes on an international scale and has demonstrated strong financial results, an inspiring vision and long-term expansion plans.”

Unios will join the other Western Australia award winners in Melbourne this November for the 2019 Telstra Australian Business Awards in Melbourne.

Lights on for holograms in your hands ...