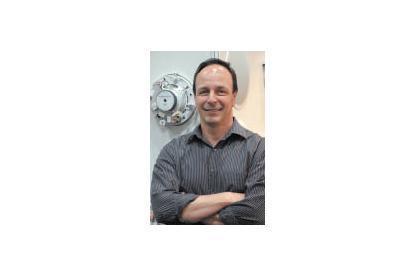 Mark Cichowski remembers attending at the first ever meeting of CEDIA Asia Pacific – it was a different time and home automation a new, awe-inspiring idea.

Back then, it wasn’t uncommon to see car stereo speakers built in to residential walls. Now the industry is about finding and developing better solutions for a raft of applications.

Mark, now the president and CEO of Clarity AV, an American distributor of TruAudio, was in the country to promote TruAudio’s new range of Ghost architectural speakers, which are distributed in Australia by LeisureTech Electronics.

Once again breaking the mould of cutting-edge speaker technology and innovation, TruAudio’s latest innovation is the almost-invisible Ghost series of architectural speakers. After all, quality is heard but not seen.

“We constantly go to great lengths to ensure that our speakers blend into the room’s décor while still delivering unforgettable, life-like sound. The new Ghost Series pushes this concept to an all new level; a specially-designed speaker housing hides the entire frame once the grill is installed,” he says.

Mark says TruAudio speakers are already known for amazing sound and ease of installation; now they pretty much disappear as well. The housing for the Ghost speakers features a special low profile lip embossed with high power magnets. The grill then attaches to the magnets and covers the lip. Once installed, no part of the speaker shows except for the grill. Since the grill has no frame, it easily disappears and blends into the installation environment.

The series offers many different models including: round in-ceiling, rectangular in-wall, and square for either in-ceiling or in-wall. Models will be offered with traditional 8” or 6 1/2” woofers, as well as a 4” woofer which provides a speaker with a very small footprint.

The Ghost series from TruAudio really is the solution to architectural speakers that will disappear into the room only to be heard, not seen.