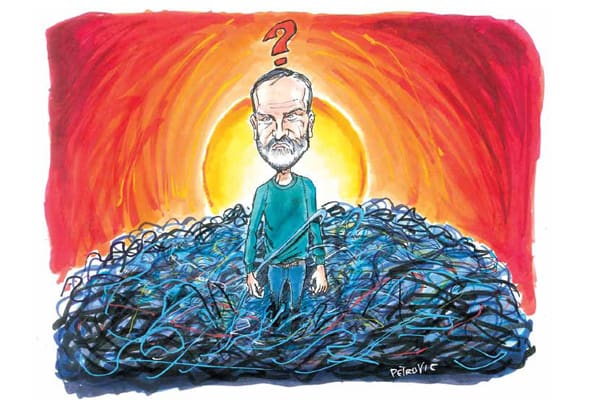 There are many considerations when deciding on the type of data cable to install. They include network speed, cable performance, ease of installation, shielded v. unshielded, performance in a fire, and cost.

Labour is a big part of the total cost, so it pays to put some effort into selecting the right cable type before starting.

The actual speed at which your LAN runs is initially determined by terminating equipment capability, then by the performance of intervening cables and connecting hardware.

When you turn a PC on, the network interface card (NIC) tries to establish communication with the LAN switch or hub by negotiating the highest common working speed that the two devices can support.

Today this can be 10Gbps for the latest technology; 1Gbps (also known as GBE, Gigabit Ethernet, the most commonly used current technology); or 100Mbps for legacy equipment.

The link speed is also limited by the performance of connecting cables and hardware. You can have 1G NICs installed, but if the cabling and/or connecting hardware performance is deficient, the NIC and hub will automatically revert to 100Mbps to communicate reliably.

This usually occurs without the average user being aware of it – the only symptom being that LAN traffic to and from the PC seems slow.

Almost three decades ago the US Electronics Industry Association (EIA) began work on a Standard for an unshielded twisted-pair generic cabling system for LAN and voice.

The Standard became known as the EIA-568 series. EIA-568-C is the current version.

EIA-568-C.2 stipulates transmission performance requirements for cable and connecting hardware in terms of ‘category’, and nominates the category that will guarantee support for a particular LAN speed.

Category 5e has been around for a little over 15 years. It was designed to support Gigabit Ethernet over a link reach of up to 100m. Cat 5e systems are still popular, and many manufacturers supply Cat 5e hardware.

Cat 5e represents an excellent compromise between cost and performance.

Needless to say, the higher the specified cable performance, the more it is going to cost. So the first step when selecting LAN cable is to decide whether a LAN speed of 1G will be enough for foreseeable needs.

Cat 6 cabling offers much better performance (lower loss; better return loss and crosstalk characteristics). It was also developed about 15 years ago, and its EIA Standard was ratified not long after the Cat 5e Standard.

Cat 6 was originally intended to support 10G networks. However, it was developed concurrently with the terminating equipment Standards for 10G. Due to unforeseen problems with the development of both, the performance ended up being not quite good enough to support 10G for the full 100m link length.

Its use on 1G networks is overkill, because Cat 5e is sufficient. Notwithstanding this, Cat 6 is often specified for such networks. I have never understood why.

Cat 6 cabling can be made to support 10G networks, provided the links are kept short (typically up to ~40m), and provided some other conditions are met (such as attention to alien crosstalk – see TIA-155A for full details).

Cat 6A is top of the line for unshielded twisted pair (UTP) cabling, and the ‘A’ stands for augmented. It has additional requirements that enable it to work at 10G to the full 100m.

Cable and connecting hardware for Cat 6A systems is expensive compared with Cat 5e and Cat 6. However, as the requirement for LAN speed grows, volume will eventually drive the price down and Cat 6A will become the norm.

From an engineering perspective, the point of using a balanced pair is that, with the right design, most of the induced noise and crosstalk is cancelled out, thus making shielding unnecessary.

This is proven by the fact that most of the world’s LANs run successfully on UTP, even at 10G.

So why are shielded systems popular in a few countries? Shielding is useful in locations that experience a high level of interference, or where security is a concern. Other than that, it is pure marketing hype to say that the network will run better on shielded cable.

Shielded LAN cable is available in the three popular categories (Cat 5e, 6 and 6A).

STP also has some drawbacks. It is much more expensive than the equivalent in UTP and is more difficult and time consuming to install. Moreover, if it is not installed correctly the performance can be worse than for the equivalent UTP.

For a more detailed discussion on the subject, see my articles in Cabling Connection Oct/Nov 2006 and Dec/Jan 2007 issues.

It is important to consider how data cable will react in the event of fire.

Most LAN cables (and domestic and commercial building power cables, for that matter) use polyvinyl chloride (PVC) for conductor insulation and sheath material.

This material is also used extensively for electrical conduits and ducts, and sewer pipes.

PVC is a family of synthetic organic polymer plastics. Its main constituent is long-chain molecules of vinyl chloride, each of which is composed of a regular array of carbon, hydrogen and chlorine atoms.

PVC is low cost, flexible, light, and easy to form and work. It also has excellent electrical insulation properties.

PVC also acts as a self-extinguishing fire retardant, meaning that it will burn when sufficient heat is applied in the presence of air but will self-extinguish when the heat source is removed. Compared with other plastics, its high chlorine content reduces ignitability and the heat contributed to a fire.

PVC also has some less desirable characteristics when heated. In building applications, if exposed to sufficient heat, it will decompose and eventually burn.

The main combustion products of PVC are particulate carbon (in the form of black smoke), carbon monoxide, carbon dioxide, hydrogen chloride and water.

Some types of PVC can also give off small quantities of dioxins, a highly toxic group of chemicals that build up in the food chain. Dioxins can cause cancer and harm the immune and reproductive systems.

Burning PVC gives off the acrid smell of hydrogen chloride gas, which forms hydrochloric acid when in contact with water (eg: when inhaled). Carbon monoxide has no telltale smell and can be fatal if inhaled in quantity.

For these reasons, for some applications (confined spaces, such as aircraft interiors) it is highly desirable to avoid PVC-based products.

Data cable is also available in a form that does not contain PVC. It is known as LSZH, for ‘low smoke zero halogen’ (chlorine is in the chemical family known as halogens).

These cables are designed to emit minimum smoke and no toxic chemicals when burned.

LSZH cables are a little more expensive than their PVC counterparts. They are also stiffer and more rigid, making installation of fixed cabling somewhat more difficult.

On the other hand, LSZH patch cords look more aesthetically pleasing because they contain fewer kinks and dents.

The transmission performance of PVC and LSZH cables depends only on their design. LSZH data cables meeting the relevant category cable specifications (Cat 5E, 6 or 6A) are readily available, with a small premium on price.

If the safety of personnel in the event of fire is a concern, using LSZH cables in your next installation is the way to go.

Fab prefab is no fad