The IsqT Phenomenon: What it means for sparkies 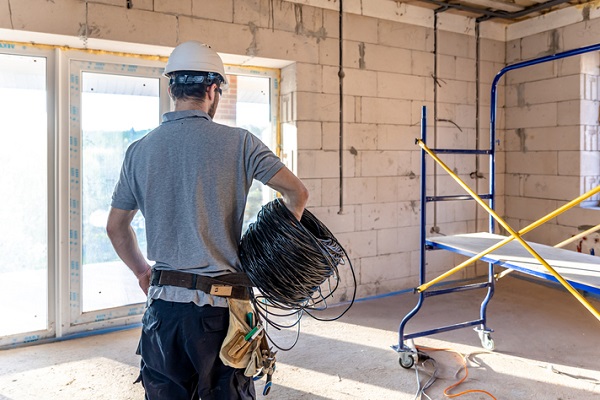 With his vast expertise on the topic, Peter Vandenheuvel looks at the I²T phenomenon, its calculations, what it means for electricians, how it relates to safety and the relevant standards in the area.

Almost two centuries ago – in 1827 – the world was introduced to Ohms law. It is a very important scientific principle, especially for those involved with energy in the electrotechnology area. In fact it is one of the key underlying principles on which modern society as we know it is based.

The term I2T is usually known as ‘I squared T’; not to be confused with the more recently computer-age introduced acronym IT (Information Technology).

Scientist Georg Ohm gave us Ohm’s Law. He simplified our understanding of the four electrical energy elements identified by him, Messrs Volta, Ampere and Watt.

The importance of this breakthrough and their contribution is succinctly reflected with each recognised by their names adopted worldwide in the terms Ohm, Volt, Amp and Watt – the foundation stones of all electrical computations.

Every person with even the most basic introduction to electricity and electrical energy knows, these are the four basic terms used to calculate the amount electrical energy available, released or used at any point in the electrical installation.

Without boring you with a string of calculations, the term I2T was derived from Ohms Law as a way to quantify electrical energy. The ‘I’ (shorthand for current in amps) describes the amount of energy flowing, the T is the time it is flowing for.

So, as the current flowing in any circuit increases, the energy can be released at the rate of the ‘square’ of the current. It is described as an exponential equation; one where the resulting outcome increases much more rapidly than the input.

This might sound harmless, but as we know from Einstein’s famous formula (E=MC2) and – if you have been following the graphs on TV – with the alarming growth in COVID-19 cases. We must treat it with the utmost respect – or suffer the consequence.

With the I2T consequence, this means the increase in the potential energy release from a circuit in a fault situation can be huge, in some cases almost infinite.

So looking at the above;

And as there are many switchboards rated greater than 1,000A, you can do the calculations for 2,000A up to 4,000A switchboards – all common ratings in our industry – and the numbers become staggering.

So why is this important?

Well, recently in another forum, I was privileged to be involved in a discussion to determine the threshold at which the typical energy release in an electrical-related incident crossed over from being just an ‘underwear changing’ walk-away experience to a catastrophic injury and or high damage incident.

The discussion around the room showed widespread concern by many that there may not be as much industry understanding on the need for greater awareness to hazards involving short-circuit or fault currents, both for person-created and equipment-related failures.

The general perception was that taking account of the prospective fault levels was fairly low on the radar for many electricians, contractors and even some engineers, both for selection and application of equipment and installation methods or work practices.

Also, it is not just about what is happening today but also in the future. We all know the inescapable fact about fault currents; they are much more likely to increase than decrease as network demands continue to grow.

And it is not just about safe working for those working on or using the installation. There are many other factors at play as below.

In addition, physical damage and personal injury can be exponentially increased from arc explosion, burns and arc blast shock waves. This also needs to be considered in developing any safe working methods.

The need to maintain continuity of supply is critical and comes in many guises. It is very much reflected in AS/NZS3000 and its companion documents. Certainly, it is the intent of the wiring rules to try to minimise any disruption to other parts of the installation, regardless of if it is a home, a commercial enterprise, shop, factory, mine or other.

Most, if not all, disruption of supply situations pose a hazard and create a loss. It could be from issues as simple as an injury from an unlit place, damage to work in process, waste from spoilt goods, loss of safety installations and so on. The list is endless.

For instance, often overlooked with our ageing or infirm population is that something as simple as a fault in a toaster can create a life or death situation by a cut off landline or power loss to home dialysis or other medical devices.

Having this in mind can throw a whole new perspective to such seemingly insignificant activity as working out final sub-circuit circuitry arrangements, even in what may appear as ‘harmless installations’. The avoiding of ending up with a minor failure creating major disruption, serious damage or life-threatening situations immediately takes on a whole new dimension.

That little bit of extra care can help save a life.

This brings us to one of the other issues that often fly under the radar; selection of the equipment. This could range from selection of a single device to the entire installation, including the switchboards and the individual device or devices thereon.

How often is a device just described by its current rating alone, as in “get me another 100A circuit breaker” without any thought of the potential short-circuit current at its point of installation?

Just buying any switchgear (or switchboard) based only on its current rating – as many in the industry still do – won’t cut it, as the real performance issue, that of interrupting a fault in an overload or short-circuit situation,  is the short circuit fault rating; usually expressed in kA.

It is all well and good to buy a device based on the circuit current, but if it explodes (which has been known to happen quite regularly where it can’t safely interrupt the prospective fault at the installed position), you will most certainly end up at the low end of the scale having to do an expensive and extensive repair, and much worse as the problem gets bigger.

So always find out what the actual or specified prospective fault current and interruption time of the next upstream device or the installation is. This way you make sure the device you are installing can cope with that level of energy let-through.

As well as selection of equipment, it also has to do with selection of cables, their connections and the need to adequately support and restrict cable movement in high fault situations. This is because even a moderate fault can severely damage unsupported conductors as these ‘whip around’ in a short-circuit situation.

Attention to detail in this regard is another critical factor. This is because even the appropriately rated device has to dissipate a lot of energy under load conditions, let alone when dealing with a short-circuit current.

Like the cut-off of water flow, the electrical supply cut-off experiences a phenomenon similar to water hammer. The only difference, the worst that happens with water is a water leak from a dislodged fitting. With electricity, however, the switching device and anything near it can be destroyed from an explosion or fire. And it goes almost without saying, but the more Amps flowing the much greater the energy release.

And you will find for any device to perform such arduous duty it must be installed under at least the same conditions as the manufacturer had it tested. So, reading the manufacturer’s installation instructions and understanding the critical clearances surrounding it (especially near conductive and or earthed parts) as well its mounting orientation are of paramount importance.

This is to both to limit the temperature rise on the device to within its designed limits and also to eliminate chance of flashover where the device relies on venting any products from arcing that may occur in both its normal and fault interrupting performance (the electrical water-hammer equivalent).

In these days of ‘political correctness’, discrimination is usually very much frowned upon.

But unlike in todays wider world, here, the more discrimination, the better. Far from being considered an offensive PC word in society in general, it is in electrical terms not just important but critical to ensure the best outcome.

Also don’t forget the T in the formula; the longer the time before energy shut-off the greater the damage and the worse the other consequences. This is why it is extremely important that circuit overload and short-circuit protection devices must be selected as required by AS/NZS3000 Clauses 1.7, 2.4 and 2.5.

This will ensure – wherever possible – that the device closest to the fault operates and limits the disconnection of the supply to that smallest part of the installation, whilst leaving the remainder of the installation fully functioning.

If this is not done correctly then the next upstream device, being in a higher fault-level situation, has to deal with a much higher level interruption with potentially more disruption to the installation.

To undertake this discrimination correctly, the circuit breaker ‘time-current’ curves of all the upstream to downstream devices must be coordinated to confirm each step in the supply chain has sufficient time to interrupt the supply before the next upstream device starts its interruption operation sequence.

In simpler times, when HRC fuse technology was the main circuit protection, a simple ‘rule of thumb’ was often (at least informally) used as a starting point if setting out a protection scheme. With HRC fuses, it was generally considered that upstream device be at least twice the current rating of the one following downstream.

With the advent of smarter circuit interruption devices (for example, circuit breakers), this has rightly fallen by the wayside as reaction time curves are now often more closely spaced. And that ‘two times principle’ should not in any way be used as a means of determining discrimination. Always confirm discrimination as per Cl 2.5 and the manufacturer instruction.

Having said that however, if there are situations on existing installations where discrimination to ensure minimal disruption is important, any devices upstream that are found to be of a rating less than twice the device below, may want to be listed for further investigation.

Device selection must include ensuring its capability of withstanding the prospective fault level at its installed location to prevent the device failing catastrophically during operation and is a fundamental requirement in ensuring compliance with AS/NZS3000 Clauses 1.7, 2.4 and 2.5.

Understanding the effect of exponential increase in energy release compared with circuit rating, device selection based on the prospective fault at its location, correct trip-discrimination selection between all circuit protection devices in the electricity supply chain and the planning of final subcircuit arrangements to separate the more life-threatening circuits from those less critical are all essential in maximising the continuity of supply, one of the fundamental principles of AS/NZS3000.

WAGO releases the 221 Series of splicing ...