The invisibility of complacency 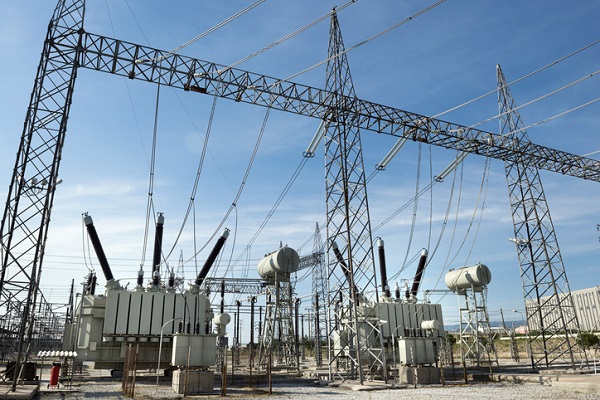 When working with high voltage equipment, becoming complacent is the worst thing that can happen to a sparkie. Dale West tells a story of an electrician and his apprentice finding out the hard way.

Complacency is the invisible hazard, you don’t see it developing, it builds quietly with skill and experience, and emerge from the shadows in spectacular fashion when you least expect it, at the worst possible moment.

For six years Chris had been an HV operator in a crew that is made up of well-trained highly competent HV tradespeople.

“It’s interesting, I look forward to it every day, I know what I’m doing, I’ve got years of experience, I’m very careful, methodical and I’m good at it. My apprentice, Jack, is a very knowledgeable, hardworking third-year apprentice.”

Then, how could it have gone so wrong?

I am unaware of any responsibility greater than being assigned an apprentice. The oldest of retirees vividly remember the tradie they were assigned to. They learn things from you that you do not even want them to learn. You can very well be the reason they go on to do great things or leave the trade altogether. And their safety is your priority, your responsibility; electricity is unforgiving, you don’t get to say I’m sorry with HV.

Our job was to isolate the 66/11 transformer at a local sub for maintenance. We carefully went through the switching program, stepped out the whole process, checked the equipment and made sure everything was going to go smoothly the next day.

It was a beautiful Friday morning in the middle of winter; keen to start work and do the job we love. A final check of the program before we kicked off and everything was right to go. Supply had to be maintained to over 100,000 homes, so the 11kV side of the transformers had to be paralleled.

We always switch in pairs, never alone. It is usually my job to be the Switching Assistant because the Assistant is the more qualified and makes sure everything operates correctly and is checked off. But with Jack being an apprentice, it is my responsibility if he gets hurt, and being in an arc flash suit is not such a tough job in cold weather, so I volunteered to be the operator.

On top of that, Jack was very thorough, knew the importance of being the Switching Assistant, and was more than capable to do the role.

We put the two transformers in manual to stop the tap changers from changing the voltages while we parallel them and closed the bus tie to link the transformers together. This ensured continual power when we isolate the transformer.

We went to the transformer that was earmarked for maintenance, checked the location and label of the equipment with the information on the switching program, checked the action we had to perform, and opened the 11kV C.B. and ABS. This would normally lose supply to the customers had we not earlier closed the bus tie, ensuring the customers were now fed from the other transformer.

We went to the ABS, checked the location and label of the equipment with the information on the switching program, checked the action we had to perform, and opened the 33kV ABS.

The ABS opens a gap of approximately one meter either side of the switch. When we opened the switch, we created an arc. This arc ionized the air between the contacts that continued to create a larger arc long after the switch was in the fully open position.

The sound was incredible, like nothing I had ever heard, and seeing this green arc, is something I will never, ever forget in my lifetime. I did not know a man could shrink under a hard hat. I literally shrank under my hard hat and tried to ride out the nightmare that was happening just four meters above me. It was unbelievable.

It took, maybe four seconds for the upstream protection to trip. The entire switch assembly just disappeared; not a stitch of anything was left; just the steelwork and brackets that supported it.

It all came down on top of us. I could not believe I was alive. I was close to the steelwork so had protection at the front while porcelain and steel sliced my jacket to ribbons like someone attacked it with a Stanley knife. But Jack did not have any protection, he could not tuck in at a pole and ride it out.

I was the one in control, it was all my fault. Jack’s life was entrusted to me. The very worst thing anyone can do to themselves is live with the knowledge that you caused the death of someone you were supposed to teach.

The Switching Assistant is supposed to stand outside the danger zone. Jack was standing right beside me when we checked the location and label of the switch. As I said earlier, Jack was more than capable to do the role. I found to my relief, before I opened the switch, Jack had stepped far out of the way.

We did some emergency switching that took four hours to restore power to over 100,000 homes and four days to repair the damage; but there was no loss of life.

What went wrong? We opened the wrong switch. How is that possible?

We read what we wanted to read. We both read the program, we both checked the label on the switch. The program said to open AB196142, the label said AB198142, but we saw AB196142 and confidently opened the switch.

We were complacent. We were comfortable. We do this day in day out. Done it a thousand times. We thought we were better than everyone else.

I now tell apprentices, I have been doing this job for more than forty years, but I am still an apprentice, still learning, always learning, never stop. When you feel you know it all, you get complacent, you get cocky, you make mistakes you would never think was possible.

I have become extremely pedantic at dotting the I’s and crossing the T’s. It’s not something I think you can teach. The worst thing has to happen before you realise you have to do something about it.

That was Chris’s story, with all the analysis and criticisms being his very own words. Chris is old enough and comfortable enough to own his mistakes. That is how you become better, by acknowledging your mistakes, analyse them, accept them, get over it, learn from them, move on and make others aware of it so they do not have the “worst thing happen to them before they realise that they have to do something about it.”

The labelling could definitely have been better. Maybe being more pedantic with the ‘dots and crosses’ may have picked up the problem.

One of the things I teach is for the operator to simply explain where they are instead of trying to remember what the assistant read out or what the switching program said, and the assistant check it against the program; but of course, the assistant can gloss over the program and cause the same problem. Maybe bar codes or QR codes is an alternative.

This mistake is very easy to make, very common and hard to fix. Were it not for our excellent protection devices, we would see a lot more injuries.

Complacency has to be the hardest thing to train against. You must keep checking yourself, testing that you are not thinking you know it all. If you do know it all, look deeper, find something you don’t know and make sure you understand it. As Chris said, if you stop learning you become complacent and make mistakes you would never think was possible.

If you have a story that could serve as a valuable lesson for others, please email me at dale@hv.coach