This Aussie product speeds up the testing of RCDs, allowing you to reduce the downtime for clients and complete more jobs. Callum Fitzpatrick reports. 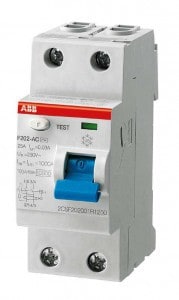 Under current WHS regulations, businesses are required to regularly install and maintain safety switches, or residual-current devices (RCDs) on all circuits to protect hostile environments. And it’s clear why – a regularly tested RCD is three times more likely to trip quickly in the event of an incident.

However, undertaking these tests during business hours can be a huge inconvenience to a workplace. An electrician at a live switchboard usually takes around two minutes per RCD and a technician carrying out the test manually can take anywhere between 8 and 15 minutes per switch.

That’s where Rapid Test comes in. The system allows you to test hundreds of RCDs without plugging directly into the power circuit. Once installed to a switchboard there is no need to locate and test individual circuits from the field. Rapid Test can also test RCDs on a lighting circuit without needing to place an electrician at risk of electrocution.

WiFi integration allows any information captured during testing to be sent to a tablet device. According to Rapid Test Systems national sales manager Wayne Peters, this clever feature makes it much easier for an organisation to ensure that they are being fully compliant.

“When Rapid Test is initiated it records all the trip times as well as the fault current that was applied. Captured information is then sent to our cloud based reporting system and provides easy access to view testing results and compliance certificates as required,” he says.

From here, a business owner or facility manager can easily access the relevant compliance reports.

“This functionality alone ensures quality control and saves valuable time. Importantly, there is no manual transfer of any written information to a computer for editing, and no manual production of compliance reports,”Wayne says.

Wayne adds that Rapid Test’s biggest advantage is the reduction of downtime for a business.

“A 48 pole or 24 pole board will take anywhere from two to five minutes to test a complete board. If you put that up against a technician, who may take around 10 minutes a pole, you’re looking at quite significant savings just in downtime.

“Each RCD takes five seconds to test with Rapid Test, so you’re essentially testing the whole board in minutes – not hours.”

Wayne adds that there is an associated productivity loss that comes with the downtime.

“Even though the breaker could only take 15 minutes to test, in most situations, the staff aren’t going to shut down and turn back on their computers immediately after the testing is complete – they’ll go for a coffee or a walk around the block. So there’s a big gap in productivity.”

A qualified electrician is required to install Rapid Test, but any future testing can be done by the end user.

“Rapid Test is a great add-on for electricians in the testing and tagging area of the business,” Wayne says.

“Also, those sparkies who have RCD testing as a core part of their business can test many more premises in one day, so they’re able to increase their business and generate more bills.”