Features
Home›Features›Strata solar deal: An excellent trend for the future

Strata solar deal: An excellent trend for the future 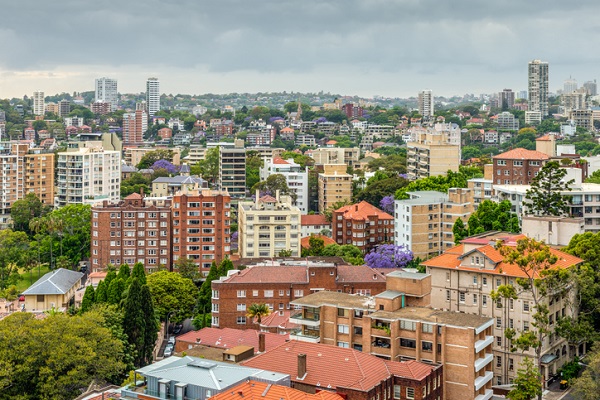 PICA Group has become the first strata management company to secure a renewable energy deal for its properties. Sean Carroll finds out more about the breakthrough.

PICA Group, a strata management company which manages around 12,000 buildings across Australia, has struck a renewable electricity deal, a first for strata properties in Australia and a win-win for both tenants and owners.

It’s particularly exciting for the electrical industry because it has previously been impossible to give strata properties access to renewable energy given their nature. The power agreement provides 100% of the power from two NSW solar farms, meaning 100% of the energy is 100% green.

What’s more notable is that the PICA Group has the largest share of the strata management portfolio in Australia and it could be a pioneer in the industry, opening new opportunities for the future.

“We’ve been working with buildings to reduce their energy use for a number of years now, very successfully, and by working with local government initiatives around the CBD and inner suburbs of Sydney,” PICA Group executive general manager business growth Mark Glass explains.

“Funded consultants would come in and help buildings identify opportunities and calculate a return on investment. Then the committee would invest in the LEDs or the fans or the water efficiency, whatever they’re chasing.”

He says that the PICA Group has been investing in sustainability for around four years, looking at ways to reduce energy consumption but the recent power purchasing agreement (PPA) now makes it so that all the strata properties are powered by 100% renewable energy.

“PPAs have been around for a long time, but they’ve normally been the domain of single entity organisations, usually manufacturers, universities, airports, shopping centres and so on,” Mark says.

“Our PPA is the first for strata properties and it’s an excellent trend for the future. By essentially consolidating the collective of all our buildings together into one deal, the PPA works as if it’s powering a single entity.”

It’s a win-win because the energy provider likes the fact it locks in a fixed price for the length of the deal (three years in this case) and the strata management gets to pass on the savings to the customers and home owners.

But it’s not just the PPA that PICA Group is doing to save energy. The impetus comes with buildings accounting for approximately 40% of all energy consumption in Australia, it’s one of the best places to look when hoping to reduce emissions. The PPA announcement from PICA Group came at an ideal time too, one where the NSW government is investing in the space with its NSW Net Zero Plan, something Electrical
Connection wrote about in the Spring edition of 2020.

Outside of sourcing all energy from renewable sources, they’re working closely with electricians to see where inefficiencies can be corrected with things like fans, pumps and lighting.

“It’s a journey. And you do it by swapping out lighting for latest generation LED and via the installation of variable speed and sensor driven fans in underground carparks, rather than the fans running at 100% all day,” Mark says.

By replacing the outdated technology, the company can save 20-30% in energy right off the bat according to Mark. After removing the high energy consumption appliances, the PICA Group improves the buildings’ NABERS rating, a rating system out of six stars which makes it easier for people to identify which residences are environmentally friendly and have lower running costs. This, in turn makes the buildings more attractive to potential owners and tenants.

As Mark adds, the only apartment buildings in Australia that have waitlists are those that are green and are carbon footprint responsible.

“They’re in demand and will continue to grow as a strata moves into a lifestyle choice where people want to live in proximity to their work, hobbies, services or in keeping with their environmental objectives.”

At the time of publication, PICA Group had only signed one PPA. There is expected to be more announced in 2021.

Fireproofing and what it means to the ...