Solving issues through a forensic process 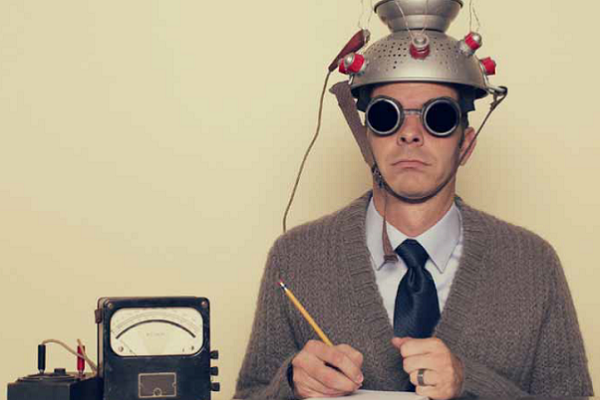 Solving problems by guesswork can be extremely frustrating. A forensic process is the way to go, writes Phil Kreveld.

Whenever an inexplicable problem arises in an electrical installation there’s often a pious hope that it’s a ‘once in a blue moon’ event.

If it pops up every now and then it’s ascribed to ‘gremlins’.

Such interference with factory operations, or source of annoyance for managers of apartment buildings, usually results in a call to an electrical contractor.

However, efforts to track down problems with security systems, pumps, emergency lighting, etc, are stymied if problems don’t present themselves when required.

Gremlins can be radiated, but they are more likely to be conducted from within an installation.

They can also be conducted via the power lines to switchboards, motor control centres and distribution boards.

We distinguish between high-frequency events from several thousands of Hertz upwards – harmonics, transients, lightning and electromagnetic pulses (the last mentioned are unlikely but included for the sake of good order).

Of course, there are other nuisance events, such as low-voltage or high-voltage swells. However, these are easy to discover, whereas ‘gremlins’ pop up unexpectedly.

Thinking first about the most unlikely source will delay the solution. In industrial installations, a likely source is arcing, as arcs exhibit high-frequency components. Even minor arcing can have an effect elsewhere in the plant.

Hunting down the sources of interference can be very frustrating, so an elimination approach is recommended.

Electronic gear such as building management systems experiencing suspected interference should be monitored with a recorder capable of high-frequency response. The evidence of interference may be unsatisfactory operation of lighting movement detectors, climate controls, etc.

An oscilloscope, although usually responsive enough, is unable to provide a long- term record. On the other hand, a recorder can collect interference data for hours.

The critical specification for the instrument is its sampling frequency. A sampling frequency of 500kHz is suitable for frequencies to 250kHz. On a timescale that means an event lasting four microseconds – ie: the lower end detection limit.

It is crucial to use appropriate monitoring devices, and the right probes for attaching to problem equipment. For example, the input to the gear being tested is likely to be 230V. The assumed interference is riding on top of the 230V if it is conducted along the wiring.

For sensitive testing, an isolation capacitor should be used in series with the voltage probe, or it should be incorporated in the probe.

Note that trapping interference requires a bit of thinking. Parasitic inductance also present in an isolating capacitor can attenuate interference signals. In other words, get a suitable high-frequency capacitor that can sustain a line voltage bias.

The manner in which interference is conducted is important: the two ways are differential and common mode.

Differential interference is conducted along active and neutral conductors, with the conductors having opposite signal polarity.

Common mode interference is between active neutral and earth, with the active and neutral having the same signal polarity.

Sorting out what is happening in a multiple earth neutral (MEN) installation can be complicated. The obvious thought is that, this being MEN with the neutral earthed, common mode interference cannot occur.

However, the thinking has to change, in that interference by its very nature is either high frequency or consists of short-rise time pulses. Under those conditions wiring behaves differently, in that lines normally considered to be low resistance turn out to have much higher impedance.

For example, any self-inductance, negligible at 50Hz, won’t be at a frequency of 2kHz.

Harmonics are often thought to be an interference-causing agent, but that should not be the immediate conclusion.

However, impulses caused by the operation of switchgear can cause perplexing problems.

The way to fix them is identical to protection against lightning-caused impulses. Therefore, the low-voltage connection – whether single or three phase – to a main switchboard should have surge suppression on all lines including the neutral conductor. This is so even if the installation is MEN.

The generally used device is the metal oxide varistor (MOV). This is basically a granular-form zinc oxide sandwiched between a number of parallel electrodes, with non-linear resistance that reduces incrementally with increased voltage.

MOVs have a high let-through voltage; that is to say the voltage across the device continues to rise with input voltage, albeit at a much reduced rate because of the low incremental resistance at high voltage.

Another way of reducing the effects of switching transients is a snubber circuit. This is a parallel combination of resistance and capacitance that can be employed on semi-conductor and mechanical switches.

The resistance provides the discharge of the capacitor, which conducts a short burst of high current resulting from the switch opening.

In this regard, always be aware that snubber circuits are part and parcel of many inverter drives and, like anything else, they are prone to failure.

The opening up of a snubber doesn’t necessarily affect the operation of the inverter or converter but can affect equipment connected to the same circuit.

Analysis of pesky problems that appear on an irregular basis can be highly frustrating.

In some instances, it may be more productive to try isolating the affected equipment by interposing an isolating transformer. This allows a separate earth to be used on the secondary side.

Provided the transformer has an electrostatic shield – basically a grounded shield between the windings and obviously part of the separate earth – common mode interference can be eliminated.

Another way of approaching this is through the use of filters, but locating ‘standard’ products is difficult. However, peering inside the affected equipment, to see if some form of filtering is apparent on the power inlet, is a useful first approach.

Having separate circuits for sensitive equipment is another way of attacking interference problems.

The earthing should also be considered. Again, bear in mind that interference is often high frequency and the safety earth line can build up appreciable signal voltages in the 100s of millivolts – sufficient to cause problems.

Electronic equipment often has a signal earth as a single point – ie: starwired to prevent differential earth voltage being built up.

The signal earth may or may not be coupled to the safety earth. For example, the use of pulse transformers to bring signals out of the equipment allows isolation of the signal earth.

Internal power for the electronics can be provided by a switch-mode power supply which, because of a coupling transformer, isolates the voltage rails of the electronics.

There is no advice here to delve into electronics, but certainly check the earthing by studying the equipment maintenance manual.

Sensitive equipment can also be housed in a Faraday cage, basically a copper box, providing current paths for induced voltages.

This can be the solution for sensitive apparatus close to strong electromagnetic fields, for example, welding gear and induction furnaces.

If inductive effects are suspected, the easy test is to physically move the equipment to see whether problems persist. If a Faraday cage is used it should ideally be earthed via a flat ribbon to reduce parasitic inductance.

Finally, we come back to harmonics, particularly high-frequency interharmonics.

Because of skin effect in conductors, which increases effective conductor resistance, any sensitive equipment wired close to the harmonics-causing equipment can be affected by voltage build-up.

Another way of explaining this is that harmonic current will seek a low-resistance path if available.

Although it is a good assumption to look for harmonic interference within the installation, do not rule out the possibility of imported harmonics. However, these will generally be the low orders that are readily attenuated.

In conclusion, problem solving by guessing is likely to be frustrating. A forensic process is the way to go, involving: