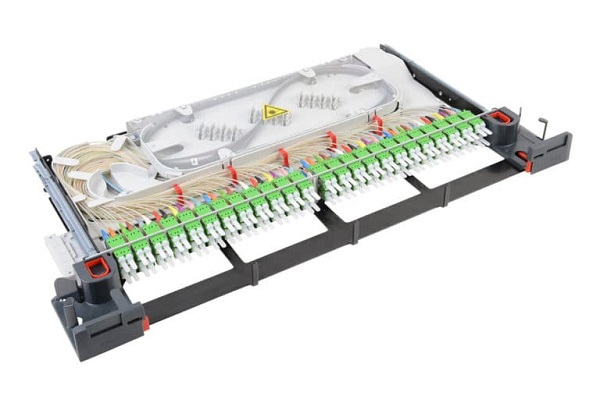 The magic formula for faster and more cost-effective data transmission with optical fibres is transporting more light in more channels in the smallest possible cross-section. Multicore fibres could do that. R&M technology and innovation manager Dr. Blanca Ruiz writes.

Fibre optics is advancing into new dimensions. After years of research, it is foreseeable that new types of fibres will be introduced to the market that carries multiple beams of light spatially separated within their body.

These are multicore fibres (MCF).

They will enable the highest possible density of Fibre optic data transmission and connectivity. The distance between the four or more cores or transmission channels is only a few micrometres. Each channel can transfer as much information as a conventional single-mode fibre.

This would be pretty useful for applications such as data centre interconnects, campus networks, Internet exchange, metro networks and 5G. With multicore fibres, much more data could be transported in existing infrastructures.

The revolutionary multicore fibres are currently still too expensive for wide-ranging use. Another obstacle: As yet there are no connectors, apart from prototypes.

It is obvious that MCF connectors need to be more precise than conventional fibre optic connectivity. The fibres must be aligned in the ferrules so that all light-bearing cores meet exactly on the end faces. Off-centre marking would be the orientation aid for identifying the channels and aligning the fibres (see graphic).

All of this places high demands on the assembly and testing processes. Splicing between multicore fibres is possible but requires special equipment that enables rotational alignment.

Another challenge: There will inevitably be many interfaces at which the new multicore fibres must be coupled with the conventional single-core fibres. The Fibreoptic industry is experimenting and developing solutions. Today, we see multicore fibres as one of the technologies of the future. R&M will remain on the ball and expects connectivity to be ready for series production within a few years.

PRIME-Ribbon distribution module from R&M: high density of fibres on a flexible panel.

In the near future, multicore fibres will open up a new dimension in high-density fibre optic data transmission. However, data centres already need more and more high density to handle data traffic.

At present, high-count Fibre cables with 3,456 ribbon fibres represent the ultimate in compression in Fibreoptic data transmission. They contain 30% to 40% more optical fibres with the same overall diameter as single Fibre cables.

On the distribution platform side, there is a lot of support for the ribbon fibre solution. Suppliers such as R&M have launched pre-terminated panels with ribbon fibre cable fan-outs.

I recommend our PRIME-Ribbon distribution module. It can also be used flexibly in existing PRIME infrastructures. This makes it easy to decide to opt for high-count fibre cables in the coming years and to watch what the future of MCF brings calmly.