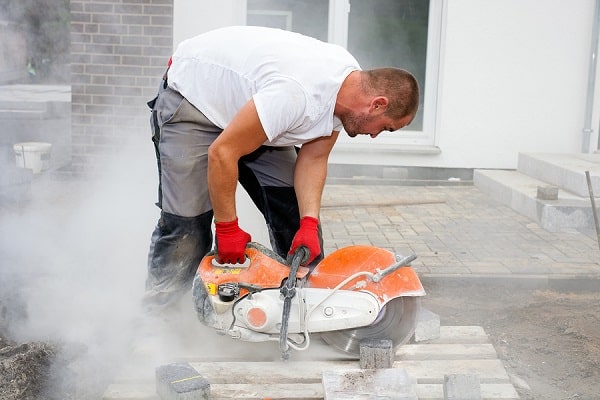 A leading Australian audiologist, Dr. Ross Dineen, says construction workers regularly experience noise levels up to six times the legal exposure limit and up to 75% are developing tinnitus or permanent hearing loss as a result of their job.

Tinnitus is the clinical term for ringing, whistling or hissing in one or both ears, which is the noise of the auditory system as the brain tries to adjust for the hearing damage.

“Tinnitus, initially, is a warning sign that hearing damage is occurring. Your ear is dampening to try and protect itself. If you’re constantly working in a loud environment, that hearing loss doesn’t come back,” says Ross.

“We conducted some focus groups asking why people were engaging in these behaviours and their immediate concern was being well enough to go home that night. They regularly see people around them injured or killed.”

With this in mind, Ross stressed the importance of preventing hearing loss early.

“The issue is to get people before they have injured their hearing when they can still hear while wearing conventional ear protection.”

Pro Choice Safety Gear product development manager Brad Rodgers says because of this the highest level of hearing protection, Class 5, is not always the best solution.

“There are different designs for different ratings and uses which should be matched to the application and risk,” says Brad.

The Propod earplugs also reduce the chance of ear infections thanks to finger-holds that allow workers to take them in and out without tainting the component that sits in the ear canal.

“Some people don’t clean their hands before rolling up ear plugs so they are using dirty fingers which can push bacteria in the ear and cause infections,” says Brad.

Training and education are critical to ensuring workers can self-diagnose when hearing damage is occurring and take protective measures.

“It’s really important that workers can identify the initial symptoms of hearing damage. Recognition is often low until they get feedback from friends or family,” says Ross.

Ross suggests workers use the car radio for self-testing their hearing post shift as a simple method to test for short-term hearing loss.

Step 1: When driving home after work, set the car radio at a ‘comfortable’ volume while driving home so that you have a comparison point the next morning.

Step 2: When driving to work the next day, if the volume is no longer ‘comfortable’ (e.g. it is too loud), it is an indication of short-term hearing damage the day before.

In development: Power over Ethernet