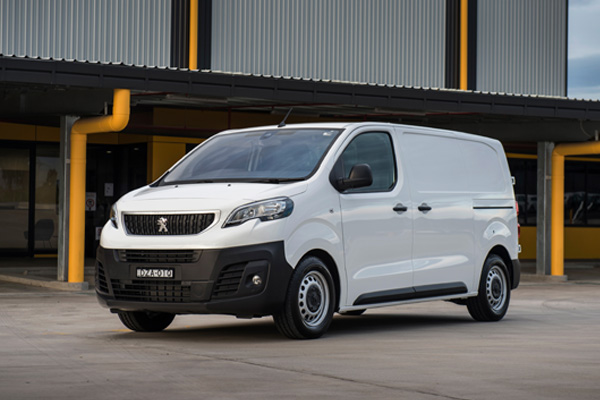 Peugeot has returned to the light-commercial vehicle (LCV) segment in Australia, launching the mid-size Expert van and following up later this year with the larger Boxer and the compact Partner vans.

This marks a change in strategy for the French PSA Group brands, with independent distributor Inchcape Australasia moving away from the position of its predecessor, Sime Darby Motors, which was planning to use Citroen – rather than Peugeot – for a renewed LCV push.

As a result, the Citroen Berlingo compact van, which has built up a loyal following over many years, will be sidelined in favour of the Partner as the Inchcape-run Peugeot Citroen Australia puts all its efforts behind the European lion brand.

As demonstrated by the Expert, these vans will all come with a high level of specification and a useful five-year/200,000km warranty.

The Expert lines up against the Toyota HiAce, Hyundai iLoad and European-bred models such as the Renault Trafic, Volkswagen Transporter, Ford Transit Custom and Mercedes-Benz Vito.

At the top of the range is a higher-output 2.0L BlueHDi 180 unit with the long-length body and automatic gearbox, good for 130kW and 400Nm (at same engine speeds as the HDi 150) and similarly listed at 6.2L/100km in the mileage stakes.

The entry and top-end BlueHDi engines are rated to the Euro 6 emissions standard and come with a selective catalytic reduction (SCR) system that uses the AdBlue diesel exhaust fluid (housed in a separate tank), while the mid-range HDi is at Euro 5. Service intervals are set at 12 months/20,000km across the range.

The steering is a variable-assist electro-hydraulic system, the turning circle measures 12.4m, and braking hardware includes four-wheel disc brakes – 304mm ventilated rotors up front and 290mm solid discs at the rear – with a supporting cast of electronic aids including ABS, electronic brake-force distribution, brake assist, a hill holder, ‘active’ traction control and, not least of all, autonomous emergency braking (AEB).

Indeed, Peugeot claims to be the first brand in this segment with standard fitment of AEB, and a leader with other advanced safety features included in the price such as blind-spot monitoring, a reversing camera, driver drowsiness detection, adaptive cruise control, forward collision warning and speed limit recognition.

Front and rear parking sensors, front fog lights and four airbags, including side curtain protection, are also on board.

Peugeot’s ‘Moduwork’ bulkhead and a removable panel underneath the passenger seat can also liberate more space, while the load area is accessed via dual side sliding doors and 180º rear barn doors.

A common wheelbase length of 3,725mm is used on the Expert, with the extra length built in at the rear overhang (800mm versus 1,150mm), while the van’s overall height of no more than 1,935mm should ensure it slots easily into city carparks and garages.

In all, this looks to be a carefully constructed line-up that caters for various trade applications and brings with it a lot of features for the money.

The standard wheel size is 16” with a steel rim and full-size spare.