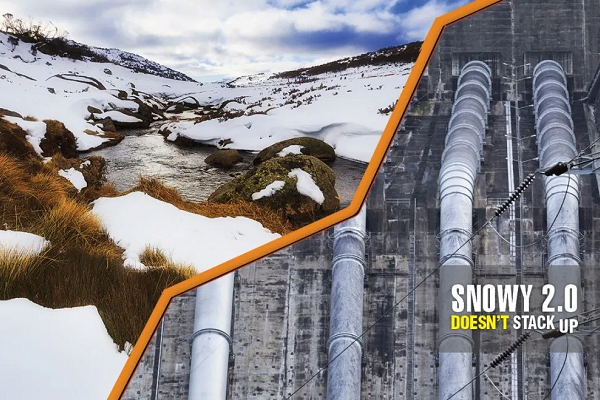 A list of 30 prominent Australian energy engineering, economic and environmental experts have called on the Australian prime minister and NSW premier to delay final approval of the Snowy 2.0 pumped storage project until there has been a comprehensive independent review.

“It is now evident that Snowy 2.0 will cost many times its initial estimate, not deliver its claimed benefits and permanently damage Kosciuszko National Park to an unprecedented extent,” the open letter reads.

“Snowy 2.0 is not as it has been publicly portrayed. There are many alternatives that are more efficient, cheaper, quicker to construct, and incur less emissions and environmental impacts.”

National Parks Association NSW executive officer Gary Dunnett adds: “it is unbelievable that the massive Snowy 2.0 project has not been subjected to independent scrutiny, even though it is proposed by a Commonwealth Government Corporation, where the Australian taxpayer bears the risk”.

“Snowy Hydro hasn’t even complied with the Environmental Planning and Assessment Regulation 2000 requiring an analysis of feasible alternatives.”

With respect to the various environmental risks, Gary refers to the transportation of best fish, diseases and weeds around the Snowy Scheme and downstream rivers: “Snowy Hydro have had to apply for an exemption from the NSW Biosecurity Act to circumvent such illegal actions.”

The open letter concludes: “[that] Snowy 2.0 should not proceed on the basis of overstated claims that have never been tested.”

“At stake are billions of dollars of Australian taxpayers’ money, tens of millions of tonnes of greenhouse gas emissions and thousands of hectares of Kosciuszko National Park.”

“We consider an independent review to be essential, so that Snowy 2.0’s claims can be publicly and transparently tested.”