ContributorsMcKnight On The Town
Home›Contributors›Less is more? Networking among contractors

Less is more? Networking among contractors 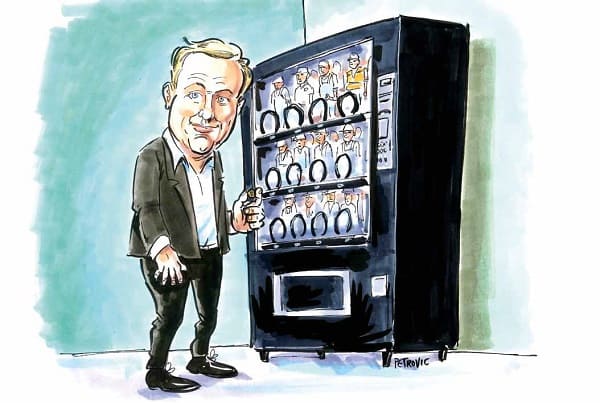 Networking among individual contractors is making inroads on the old business model. Wes McKnight examines what it means for the industry’s future.

Having been in the electrical contracting industry for 30 years, I recently spent some time reflecting on how it has changed.

The newer electrical contractors (those aged 20-40 years) have grown up in an era when people don’t necessarily have only one job or even one career. They have been brought up to understand they don’t have to be defined by one job. Lifestyle is important, and being a tradesperson can easily provide flexibility in a career (far more so than being a bank teller).

Independent contractors, as opposed to electrical workers, represent the new normal. If they were photo journalists they would be called freelance.

The model is developing. This generation of contractors aren’t so engaged in establishing a suitably sized sustainable business. Their focus is on building a network of builders, clients and other electrical contractors.

This will probably have them fully engaged for 40 hours a week at different price points.

The network of individual electrical contractors allows them to bid for work usually won by companies that have their own labour force.

Clients and builders are more concerned with the economics and safety of the work than with how it is being achieved. Economics decrees that this is the future.

I have no issue with how the market is developing. I enjoy seeing how economic drivers alter and determine markets.

This is a simple and natural progression. Production control, and control of safety aspects, are stand-out concerns; however, it seems from the outside that these are being dealt with.

In this scenario a single contractor can bid for work that was once the domain of companies carrying 10 or more permanent staff. Electrical contracts of more than $1 million are being signed by single contractors. Access to credit with suppliers and a monthly wages bill with the use of sub-contractors or loan labour allows this to happen.

Again, this is not a criticism – it’s more about how the world is changing and how conventional contractors will be struggling to manage and grow in this market. In the older contractor model the highest cost stems from holding on to labour. Whether it is estimators, supervisors or administrators, keeping that workforce fully efficient and working at capacity is nearly impossible, so that inefficiency soaks up profit.

The independent contractor has none of those inefficiencies. Also excluded are the slower times when conventional contractors send two tradespeople to a job that under normal circumstances would get one. The fear always being that if staff member is made redundant, how can the business scale up quickly if a big job comes off?

The single contractor seems able to scale up or down within hours.

So, the fewer permanent staff the greater flexibility.

That observation doesn’t allow for the nights that the single contractor spends estimating projects, handling orders, and dealing with payments and invoicing. Also, it might be difficult ensuring that there are customers left after the contractor spends months practically full time on a project.

However, the network may well be able to maintain service and maintenance clients during such periods. The people I’ve discussed this with seem to manage family time and downtime well. A  weekend away? Leave the after-hours number with someone else.

So is this the future? I think so, as it is already much in evidence.

So where is the problem? What’s the kicker to this new paradigm?

I return to a familiar topic: who is employing the apprentices? Contractors helping contractors sounds great, but where will the next generation of independent, flexible contractors come from?

The system as described is based on a large body of similar contractors being available for this type of work. Can the industry rely on group training companies to take up the slack?

Evidence, and my time on group training boards, tells me that apprentices trained in companies for short project-based periods generally struggle to pass and progress.

Statistics show that apprentices that spend longer periods in a company manage their trade education much better. They get a greater spread of work types than short-term placement apprentices.

Economics 101 purists would say we need to change the way we train apprentices and license workers. If we followed this line to the end it would mean licensing very few people and reducing the work they would be able to carry out (think the United States and South Africa).

I’m sure present-day contractors would not agree with this due to the safety concerns it would produce. So will our industry grasp this issue and determine our own future?

Left to itself, the market will determine that unlicensed workers are engaged to do ‘dead’ work or ‘trades assistant’ work. This will embolden bureaucrats who believe in narrowing the range of work that licensed electrical workers do.

Let us open the discussion on how we train and certify new trades people – before government decides that the market needs external influence.  A genuine, informed, educated and calm discussion is needed on how we ensure that classroom and online training remains in step with on-the- job progression.

This discussion won’t harm our trade if we engage with the process, but if we just sit back and defend the licence then the future of electrical work is in jeopardy.

Asbestos: It’s a no go