Local cable manufacturer Kordz has set its eye on the US, and recent events show the American market should brace itself for an Aussie invasion. 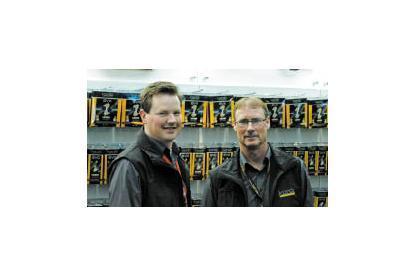 Kordz – an Australian manufacturer of audio, video and digital cables and accessories, and the only Australian-based licensed adopter of the HDMI format that specialises in cables – is the latest company to attempt the inconceivable. It has made a move on the highly-saturated US market but, for them, all the signs so far have been positive.

People who are familiar with Kordz’ range of cables will know that when the company does something, it does it right; compliance, for example, is the cornerstone of the organisation and a core belief of its staff.

So it’s no surprise that when it moved into the US marketplace it found the support of several high profile industry executives and distributors.

Michael Schaller, for example, an industry veteran with over 25 years’ experience, was most recently in charge of world-wide technical compliance and the interoperability work group for HDMI Licensing, LLC.

“The general population of the US are, in large, fed up with all of the questionable marketing practices of the bigger manufacturers,” Michael says. “As a result, I think the average consumer is going to find it refreshing to find a manufacturer that means what it says and can back it up with education and, believe it or not, a quality product.”

The company’s branch into the American market has started a string of very positive events, he says. It has already fielded inquiries from local resellers and some big name distributors.

Michael says HDMI is still a growth industry, which he believes will only improve as America officially switches to digital broadcasting.

“We’re working hard to develop a grass roots following and have gone back to basics by pushing what Kordz does well in Australia – education,” he says.

“Aside from the economy, which I believe is starting to recover, the main issue is that there is a lot of legacy scepticism in regards to HDMI in the US, particularly revolving around set-top boxes and HDMI 1.3.

“But, the product issues people have been so vocal about in the past have largely gone away.”

Both Michael and Kordz director David Meyer believe the new HDMI 1.4 specification will do great things for the cable.

“I, for one, believe the 1.4 specification addresses a lot of the connectivity issues out there,” Michael says.

“I think HDMI has always been at the forefront of technology, but I believe the organisation has been a risk taker as well – they came out with something unique and defined a market. They have their fingers on the pulse.”

David says, “At the moment the only thing that has been released to market is a press release stating what the capabilities of 1.4 will be – there is currently no guideline as to how that will be achieved.

“So far, there has been a fair bit of guesswork as to what it will entail. But, our primary motivation in getting 1.4 cables to market is to ensure they’re done well and they work, rather than just being first to market.

“We don’t want to rush something to market only to find out that it’s not compliant and doesn’t meet the specification; our clients buy a cable expecting it to work and to work well.”

David cautions that there is a big chance some 1.4 cables will reach the market before 1.4 devices, but it’s not until these 1.4 devices are released that we will know if 1.4 cables work.

“Ultimately, injecting a bit of integrity into the market is a good thing – it may be a bit of a bizarre thing to say but being really up front and educating and talking about compliance, and just trying to alleviate some of the issues consumers frustratingly experience, is very important to us.”

Kordz USA was officially launched on September 9 at CEDIA US.

Home automation apps for the iPhone