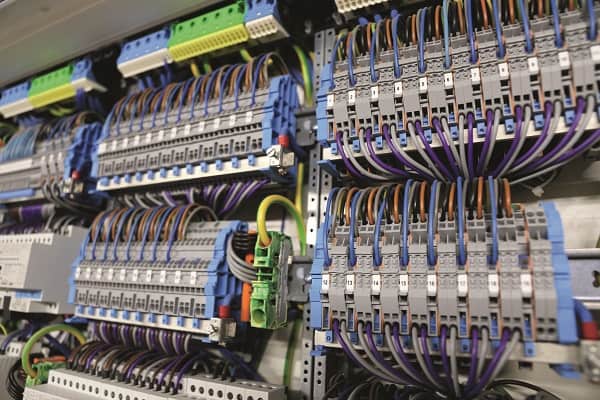 There’s something to be said for the proliferation of Standards in the electrical industry.

Take the Wiring Rules (AS/NZS 3000) – when an amendment to the Standard or a new version is released, the industry sits up and takes note. People, for the most part, respect the process and understand the validation that an official Standard can bring to end users.

However, the systems integration sector in Australia and New Zealand has been rudderless for too long. It has been operating without any recognised Standards, which has made it difficult to get its message out to the general public.

But that is set to change. In December 2017, Standards Australia announced it was ready to adopt ISO/IEC 14543.3 (Parts 1-6) Communication layers – Network-based control as Australian Technical Specifications.

Ian Richardson is chairman of KNX National Group Australia, and product training and technical specialist for the Electrification Products Division of ABB.

“Until the adoption of ISO/IEC 14543.3 as an Australian and New Zealand Technical Specification the building automation market did not have a recognised reference Standard,” he says.

“But integrators now have a choice of technical features and competitive offers from multiple vendors, with guaranteed interoperability between products. They can optimise their criteria for features, aesthetic appeal, capacity and price to suit the desired outcome of the project.”

The newly anointed Technical Specification is a direct text adoption of an ISO/IEC International Standard that has been successfully used since 2006, before that as a European ‘norm’ Standard, and even earlier as the KNX industry Standard introduced in 1991.

In a recent study undertaken by the UK-based Building Services Research and Information Association (BSRIA), it was reported that the smart home and light commercial market was forecasting global growth of 20% for 2017. Some markets were predicting growth of 27%.

KNX is particularly strong in most countries surveyed, generally having the highest market share of all available communication protocols.

“The ISO/IEC Standard is the most popular in Europe and other parts of the world in fields such as energy efficiency, room automation, lighting controls, shutter and blind control, heating, cooling and security,” Ian says.\

“Of course other protocols and product solutions can exist in the market and this is recognised in the preface of the Australian and New Zealand Technical Specification.

“Integrators/designers can have their preferred solution. However, by using the Technical Specification they get the benefit of a proven system with a wide range of solutions that are independently verified for interoperability.

“KNX has achieved steady growth during the past five years, and many major developments in Australia and New Zealand are using it.

“The interest is steadily growing due to factors such as competition, technology, future-proof solutions, security against protocol changes, reliability of the supply chain due to multiple sources, and the cost benefit of a single commissioning tool.”

“The ratification of ISO/IEC 14543.3 as an Australian and New Zealand Technical Specification is almost entirely due to Ian Richardson’s persistence and dogged passion,” he says.

“About three years ago he set in motion the localisation of the IEC Standard.

“It’s been an extraordinary process. It has really opened my eyes to  some of the politics around this industry in Australasia. It’s been quite ferocious actually.

“But this is the validation that the electrical industry, electrical engineers and installation businesses have been waiting for. They’ve been in a position to specify an international Standard – now they have the opportunity of specifying a regional Technical Specification.

“The uptake of KNX in the New Zealand market over the past two or three years has been extraordinary. I expect that to accelerate dramatically now.

“As KNX falls more into the vernacular I expect more companies will want to be seen as part of the movement and taking KNX seriously.”

“This is a way to ensure the minimum requirements or performance criteria of these essential elements of the power distribution network.

“Many specifiers are reluctant to nominate a brand, which leads to potentially ambiguous solutions that may or may not match the intended requirements of the specification.

“Until now the absence of a Standard covering multiple disciplines has allowed various automation control philosophies to be present in a building, or even in a room.

“This lack of convergence of the building’s requirements to a common platform has created an unavoidable duplication of resources.

“It also incurs additional costs for the integrator and building owner. It means additional wiring and equipment requirements, and the increased knowledge base necessary for different programming tools and programming software.

“As the Technical Specification adoption nominates an open protocol, product selection by integrators is not confined to a few manufacturers, so a naturally competitive environment is assured in product solutions to provide the best and most competitive result.

“The Standard also provides for a ‘future proof’ system where no individual manufacturer has the ability to change the Standard and affect the interoperability of current, future and past projects.”

Ian says one of the great benefits of standardisation is the ability to integrate new technology into past projects as the need arises.

“Although the Technical Specification is not a mandatory requirement, integrators can choose to take advantage of the wide variety of product solutions and leading technologies from numerous manufacturers.

“Products that are marked with the KNX logo have the additional benefit of independent testing for compliance with the international Standard (and now the Australian and New Zealand Technical Specification). This provides assurance of operation and compatibility irrespective of product and manufacturer.

“When a project design calls for compliance with the Technical Specification, integrators will be competing on a level playing field. In a tendering process, they still have the ability to use their knowledge for creative solutions to meet the core requirements and allow individual solutions to build a competitive edge.

“Manufacturers of compliant products compete with each other through features and value propositions, which ensures competition and stimulates market leaders to push research and development.

“Integrators can use a standard commissioning tool across all of their projects, and this obviates the building of expertise on a variety of systems.

“Through KNX, a standard commissioning tool is available that is supported by all manufacturers. Projects can be completed with this single tool irrespective of size and without project-specific royalties or licence fees.”

Colin says the adoption of ISO/IEC 14543.3 opens up a discussion with building owners, facility managers and building specifiers. Integrators can explain how it allows a best-practice wiring scheme that is good for the lifetime of the building.

“If engineers specify a proprietary product they could be seen as having a bias towards a particular manufacturer or technology. However, specifying an internationally recognised Standard will be seen as observing best practice.

“The important thing is that it’s not mandatory. It’s not legislation – it’s simply a Standard that allows building engineers to specify a local Technical Specification in their documentation, which seems wholly reasonable. It gives them something to hang their hats on.”

Sydney-based MySmart is perhaps the largest contractor in Australia installing KNX today. Managing director Peter Garrett, who also sits on the KNX National Group board, says there is confusion in the market about what KNX can do.

“There are two camps when it comes to KNX,” he says.

“Very seldom is there a situation in which KNX can’t deliver. I don’t think I’ve come across one yet.

“What KNX does for people like us (integrators) is that it opens up more of the market. All of a sudden we’re doing a lot more in the way of high-level HVAC or generator interfacing – things we could never have done with any other system.

“This has got nothing to do with lighting control – we don’t even touch that area. This is all about energy: capturing metering data, analysing it and using it in a practical way.

“Once upon a time this industry was all too difficult for a lot of people. Now it’s very achievable. It may not necessarily be cheap, but it is achievable.”

Now that the Technical Specification has been ratified, will more people use it?

“You would have to think so,” Peter says.

“In many ways, KNX is no different to the other systems that are out there. It will do exactly the same thing for your lighting and your blinds, but that’s not what it’s designed for. And there are probably cheaper ways to do that stuff than KNX.

“KNX opens contractors up to a much larger pool of potential suppliers, which is a good thing because it means that all these manufacturers are constantly developing products.

“There are now more than 400 manufacturers making KNX-friendly products, and not all of them are doing the same thing.

“If you’re looking for a straight old relay, you probably can get one from 15 or 20 manufacturers. However, they’re all going to be developing something a bit different, be it smaller footprint, a higher current rating, measuring current or another software feature. They will all be trying to outdo each other.”

Of course, this brings about some challenges.

“The drawback is that someone will have to try all those products to sort the good from the not so good,” Peter says.

“Even though it’s a Standard there are bound to be some products that are standouts. So it’s important to look at the brands you’re dealing with.” Adds Ian, “KNX has been specified on numerous projects, both large and small, in recent years and this trend will continue and grow with the adoption of the Technical Specification.”

The KNX Association is developing solutions to meet the needs of the home and building automation market. This includes energy efficiency, demand-side management to work with the smart grid concept, KNXnet/IP for easy communication between buildings, KNX-IoT using the benefits of KNX web services and KNX Secure to guard against cyber attack.

“Anybody can make products to conform to the new Technical Specification,” Colin says.

“Several manufacturers make products compliant with this Technical Specification that are not labelled as KNX. These products are guaranteed to talk to every other product that uses the same language.

“This is also about the health of the product development market in Australasia. The ratification of KNX allows new manufacturers to implement a local and a global distribution model. They will be able to export their products knowing they will comply with the international Standard.”

For Peter, contractors will be the ultimate winners.

“If you look at any of the incumbent systems, the product choice is limited to what’s in the catalogues,” he says.

“So, if there are three relays in different capacities, that’s the range you can choose from. You can’t go outside the scope and choose a brand that’s bigger or smaller or faster. In the KNX world, you can.

“As much as KNX is a good thing for the industry and a good thing for tightening up interoperability between products, there is still a place for incumbent systems. Sometimes sites will have a huge install base, other times simple projects won’t warrant the technical features and abilities that KNX offers.”

Both KNX National Groups – Australia and New Zealand – are preparing for the popularity of the protocol.

“In the five-year outlook we expect to see the presence of KNX continue with steady growth,” Ian says.

“Even the predicted mass appeal of IoT providers over the established providers of home and building automation has not come to pass as indicated in the BSRIA global survey results.

“The use of the Australian and New Zealand Technical Specification will provide safeguards against protocol redundancy, ensuring future additions and changes can be readily made.

“New technology has been installed on older projects in numerous examples.

“The future is very bright for home and building automation, and the adoption of the Technical Specification is sure to spur growth of this market.”

It is expected that, in time, the Technical Specification will be proposed as a full Australian Standard.