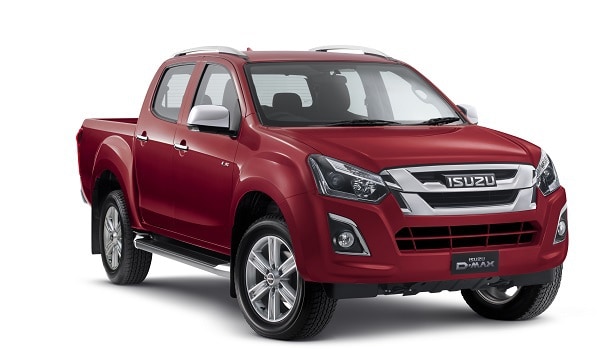 Isuzu Ute Australia has introduced an 18MY update for its popular D-Max ute, keeping the Thai-built one-tonner top of mind amid a flurry of all-new and upgraded models across the segment.

This competition is good news for prospective buyers as vehicle manufacturers look to constantly add value and build their reputation in the market with extra equipment, improved dynamic performance and lower running costs – even with a relatively minor model year update such as this.

Most notably, the leaf spring rear suspension on SX, LS-U and LS-T dual cab variants has switched to a three-leaf configuration (down from five) that is claimed to improve ride comfort without compromising handling.

Isuzu also says the change does not affect payload capacity, which has increased across the entire D-Max range with an engineering “reassessment” that has seen GVM push up to 2950kg for 4×2 variants and 3050kg for the 4x4s. As a result, payload rises 100kg – and gives the Japanese brand bragging rights with the 4×2 low-ride SX single cab chassis, which is now able to carry a class-leading 1349kg.

This is, alas, the only D-Max variant that does not benefit from the new addition of trailer sway control, and cab chassis variants (due to the nature of the tray) also miss out on the other major move from Isuzu on the safety front: standardisation of a reversing camera and a more protective rear bumper across the range.

Isuzu has also expanded the D-Max line-up to include the LS-T Crew Cab in both 4×2 and 4×4 guise. It was previously a special edition but demand for higher-end features such as keyless entry/start, leather upholstery, satellite navigation, roof rails and an 18-inch wheel and tyre combination has led to it becoming a permanent member of the range.

A host of other detail changes have been made, such as new exterior colours, two additional USB charge points in the cabin and, on select models, new leatherette material on soft-touch areas and upmarket chrome detailing across the dashboard and doors.

All D-Max utes are powered by a 130kW/430Nm 3.0-litre four-cylinder turbo-diesel engine that combines with a six-speed manual or six-speed automatic gearbox.