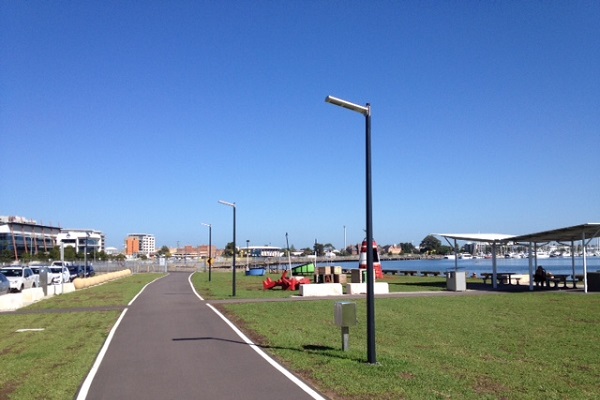 The use of integrated (all in one) style solar lights has exploded in the last five or six years. Integrated solar lights have the solar panel as the roof of the housing, the batteries inside, and the LEDs attached to the underside of the casing. This makes a very cost effective construction, and in some situations are fit for purpose.

They definitely have their place in equatorial latitudes where the sun does not stray too far from directly above, or even a bit further from the equator when you have the luxury of installing them with the solar panel facing exactly towards the equator. 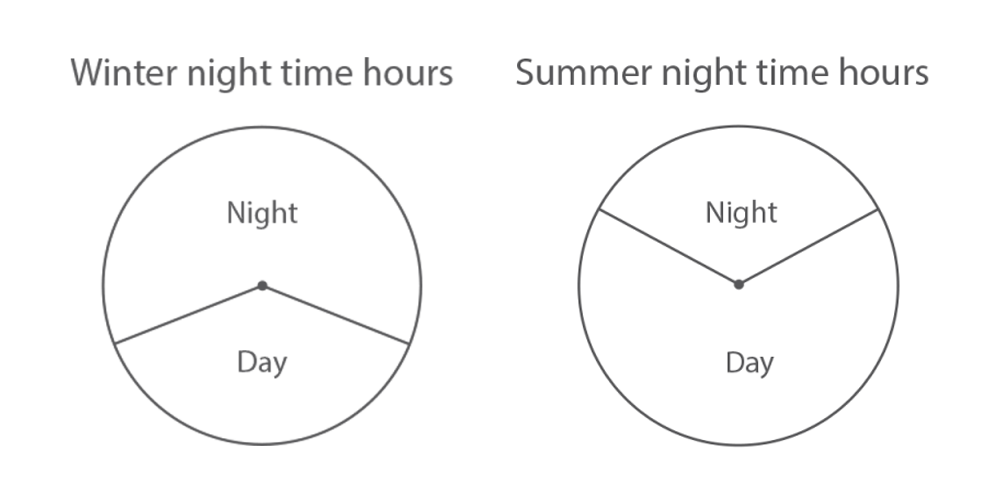 However, they also have some large limitations and are extremely unsuitable for many solar lighting applications.

For applications further away from the equator (which includes most of Australia), the very slight solar panel angle on integrated solar lights generally will not harvest nearly enough UV in winter (when the sun is tracking very low to the North) to recharge the battery.

Unfortunately this is exactly when the battery needs it the most as the winter nights are much longer, (coinciding with the shortest daytime sun hours as well). In some parts of Australia the longest winter nights can be up to 15 hours long.

The winter sun angle on a close to zero degree angled solar panel reduces the power harvesting severely (60% of what a correctly angled 48 degree from the horizontal north facing solar panel should in the Sydney region). Our experience has been that almost every integrated solar light has an undersized solar engine (panel and battery) for the lighting profile (wattage/load on the battery).

The battery back-up requirement can be compensated for by running the light at a very low setting. Our experience is that most integrated solar lights do not make this compensation.

For example a 60W solar panel angled at 48 degrees and facing the equator combined with a 30AH 12v battery operating at a constant state all night would have to be no more than approximately 6W for a reliable all night light and still provide the necessary four-plus nights battery back-up allowing for the longest winter nights. A modern LED module operating at 6W will produce approximately 700 delivered lumens. Therefore a zero degree (flat) solar panel would need to be approximately 100w to achieve the same result.

Important note: This does not necessarily apply to solar lighting bollards (which tend to have a 0 degree solar panel). The reason for this is that solar bollards are usually run at a very low wattage, therefore the correct math has been applied to the solar panel input, and the power the LEDs are run at. Where-as Integrated solar lights tend to be run at high wattages to try to compete with proper style solar lights that have a fully independent solar panel able to be directed at the equator at the optimal angle. 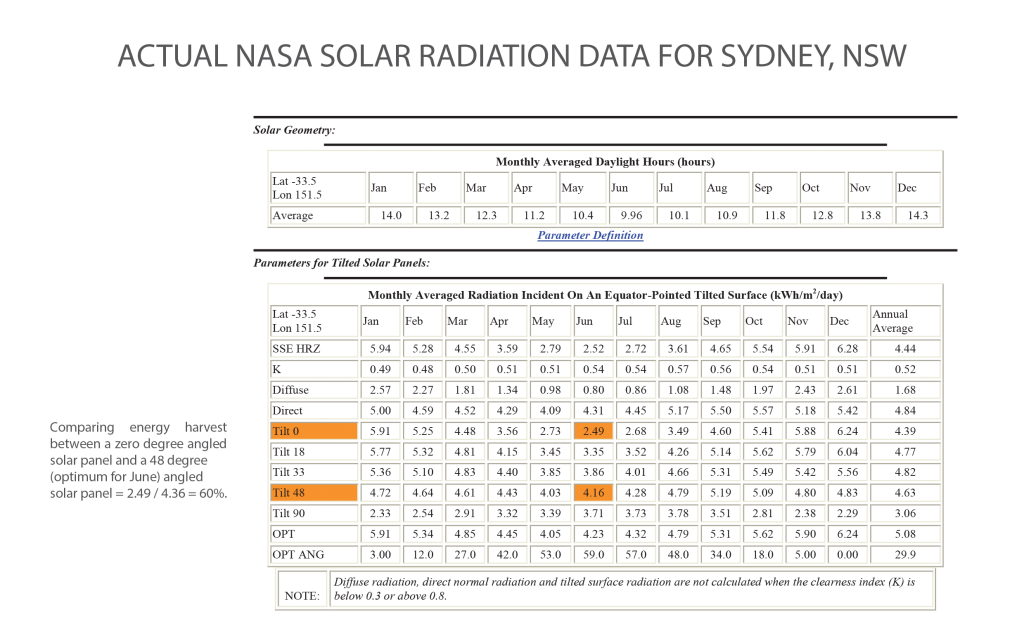 This can be compensated for by running the light at a very low setting. Generally most integrated solar lights do not make this compensation. The result of this is product failure and the battery requiring replacement more regularly.

This article was written by Orca Solar Lighting, a commercial outdoor solar lighting solution provider based in Australia. To delve deeper into the science of solar harvesting for solar lights, please read this technical paper.