Features
Home›Features›Insolvency in the electrical industry: what to do?

Insolvency in the electrical industry: what to do? 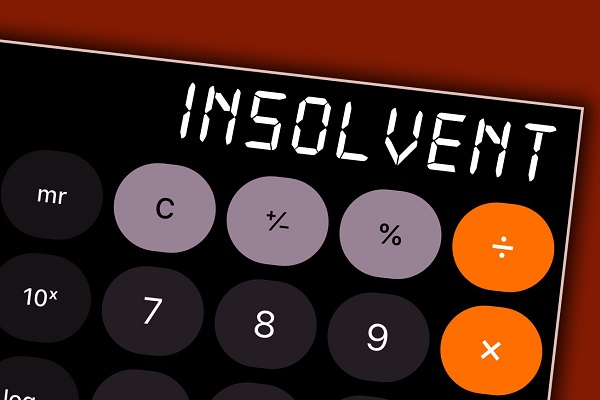 The construction industry accounts for up to 10% of Australia’s GDP, yet a quarter of all insolvencies occur in the sector. Sean Carroll looks into why.

The number of insolvencies among electrical subcontractors seems to be on the rise.

It may not be the sparkies’ fault, but it can have serious ramifications for them.

So how can you avoid the lasting harm caused by insolvency?

At the start of a job, contractors may quote well below the actual figure needed to finish a job – just to secure a deal.

They imagine being able to squeeze a few thousand here, a few thousand there and come out with a reasonable profit, but from day one they are behind the eight-ball.

“The whole business model is a loss from the start,” he says.

“It’s all based on stealing money from further down the contractual chain.

“Then the builder, who is working on a tiny margin of 5%, is arguing with the developer, who won’t approve certain variations. Before you know it, the builder is staring at a huge loss.

“Who does he cut the money from? The subbies.”

Electricians come in to finish the job and install all the electrical equipment. However, if a contractor delays their payments – or doesn’t pay – they could end up digging into their capital for materials and not making any money.

“Then the materials guy puts them on ‘stop credit’. The builder’s saying, ‘If you don’t finish this job, we’re going to hit with liquidated damages, and we’re suspending all payments right now.’

Even if it is not the electricians’ fault, they can be punished as much as the head contractors or directors if they face insolvency. Depending on the circumstances, subbies can lose their licences because of becoming insolvent as a result of a dodgy job.

There are several indicators that a company may be facing insolvency.

One or two may not be conclusive but multiple indicators are a cause for concern.

If some aspects of the contract are not well defined, things tend to be left undone.

Steve Kugel is co-owner and founding partner of The Insolvency Experts.

“Sometimes it gets to the point of, ‘look, we need you to do this – we’ll fix up the paperwork later on’,” he says.

“That’s a disaster in the making, and it shouldn’t be done.

“Timing and supervision issues, working to a schedule – that’s a management thing.”

Compound a few small items not being done, on a site with hundreds of workers, and gaps start to appear in the project. This is one possible indicator of insolvency.

For electricians approaching the end of a project this can be hard to see, as they may not have seen what has happened earlier.

Another indicator that a company may be nearing insolvency is late or unpaid wages and superannuation, or paying in rounded-down figures. This ties back to
Anthony’s point about subbies being the first to suffer.

Suppliers demanding cash on delivery, or cash before supply, can also indicate a problem.

One crucial issue for electricians is a lack of business experience. Many electricians run their own show and aren’t well versed in company matters.

“Understand that the big contractors may not pay for 90-plus days. You need sufficient cash to fund the job over several months.”

Subbies with little working capital should be prepared for inconsistent payment. They may have to dig into personal savings while waiting.

“Taking on a losing job on the promise of work to follow is a recipe for disaster,” Steve says.

It’s essentially about being careful about who you work for.

In the case of delayed payment or none at all, the Australian Securities and Investments Commission (ASIC) recommends that you seek legal advice.

You should also lodge a complaint with ASIC and the Australian Taxation Office, or contact a union.

“You go to adjudication, and these guys have to mount an argument,” Anthony says.

“They have to explain their position – where the defects are and how the work is defective. They can rarely do it.

“These guys should be going to adjudication through the project, but most of the time they just go at the end.”

If you can get on top of things early, it becomes a problem for the company rather than the individual. If there is tangible evidence of wrongdoing then something can happen.

Don’t be afraid to invoice early. This doesn’t make you cheap or tight, because it’s your money.

“The little guys will often be shy for some reason about trying to collect their debts – they’ll be stretched out,” Steve says.

“They won’t know when to become a bit forceful or talk to a lawyer about recovery options, or whether they’ve got the ability to walk off the site until they get paid.”

RMS and TRMS in current and voltage ...